Round 11 of the AMA Supercross series at Indianapolis’ Lucas Oil Stadium saw Team Honda HRC’s Cole Seely produce another fifth-place finish aboard his CRF450R. At the start of the main event, Seely was slow out of the gate, rounding the first turn in the top 10. By the time… read more. 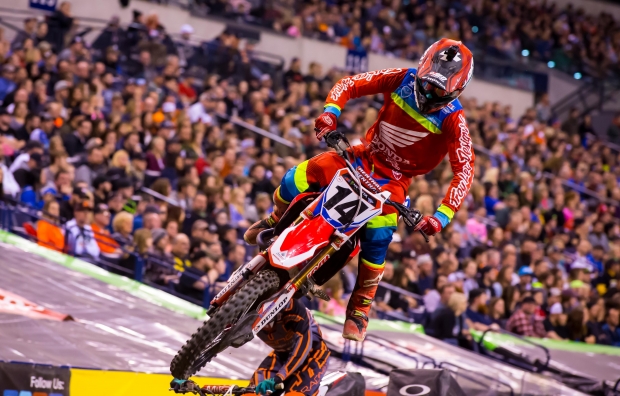 It was an exciting night for Team Honda HRC as fill-in rider Jeremy Martin put together a stellar performance, leading over half of the main event before taking the checkered in second at the 46th annual Daytona Supercross by Honda. Martin who currently rides full-time for the GEICO Honda squad… read more.

Another Sixth for Seely at Toronto Supercross

Although Team Honda HRC’s Cole Seely turned in a respectable sixth-place finish at the Canadian round of the AMA Supercross series, the young Californian had hoped for a better result. Following a less-than-desirable start aboard his CRF450R, Seely quickly moved into seventh on the opening lap. He maintained that position… read more.

TORRANCE, Calif. (Mar. 1, 2017) – Team Honda HRC announced today that current GEICO Honda rider Jeremy Martin will fill in for the injured Ken Roczen at the Daytona Supercross by Honda on March 11. Martin will pilot a factory CRF450R at the coveted Honda-sponsored event in his first-ever premier… read more.

Round 8 of the AMA Supercross series proved a challenge for Team Honda HRC as Cole Seely lost ground in the main event, ultimately recording a sixth-place finish. After getting off the line to a decent start, the Californian showed notable speed early in the race, working his way from… read more.

Fifth for Seely at Minneapolis Supercross

Although Team Honda HRC had its sights set on another podium finish for AMA Supercross’ return to Minneapolis, Minnesota after a three-year hiatus, the crew was relatively pleased with Cole Seely finishing in fifth despite a mishap early in the main event. When the gate dropped, Seely edged out the… read more.

Seely Secures Best Finish of the Season at Arlington Supercross

Round 6 of the AMA Supercross series, in Arlington, Texas, saw Team Honda HRC’s Cole Seely secure his best finish of the season with a second-place podium result. In the main event, Seely launched his CRF450R off the line to a good start, sneaking around the inside of the first… read more.

With Cole Seely and Ken Roczen having an entire crew of people behind them, it’s not very often that they’re required to work on their own CRF450R. Do they even know how? Find out in episode 2 of Team Honda HRC’s REDefined series.

Although Team Honda HRC had its sights set on the podium at round five in Oakland, California, the crew was pleased with Cole Seely’s ability to salvage a fifth-place finish despite not having a functional rear brake for nearly half of the race. Seely powered his CRF450R off the line… read more. 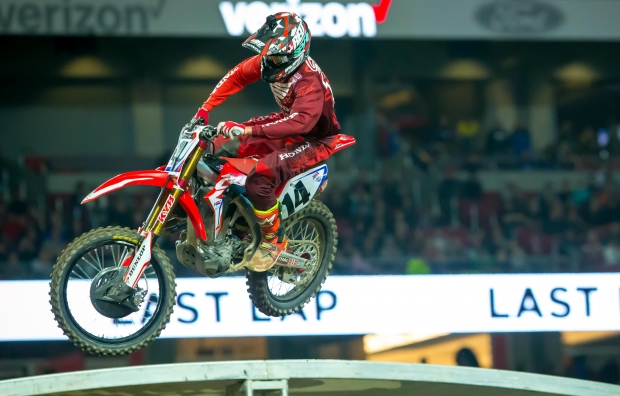