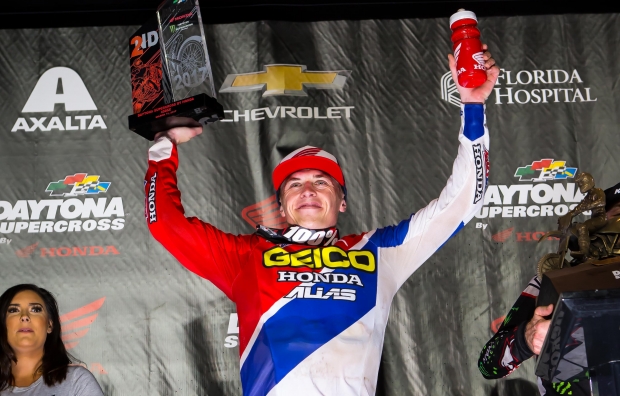 It was an exciting night for Team Honda HRC as fill-in rider Jeremy Martin put together a stellar performance, leading over half of the main event before taking the checkered in second at the 46th annual Daytona Supercross by Honda. Martin who currently rides full-time for the GEICO Honda squad in the Western Regional 250SX series impressed everyone during his premier-class debut aboard a factory CRF450R. Despite having a poor gate pick, Martin launched off the line from the far outside and didn’t let off the gas until he found himself at the front of the pack. The Minnesota native held off multiple advances from the competition throughout the first 10-laps of the race before relinquishing the lead. He held tough to the finish, taking the checkered nearly 10-seconds ahead of third.

Although he wanted more, Team Honda HRC’s Cole Seely secured a solid fifth-place finish, moving him up to third in the championship standings. Sitting eighth after the first turn, Seely quickly maneuvered his way into sixth on the opening lap. By lap 11, he had made his way into fourth. Seely came under fire on the last lap but ultimately was unable to hold off the competition, losing one spot to take the checkered in fifth.

THE FOCUS: Roczen Returns to the Track with Team Honda HRC

Following the Toronto Supercross, Team Honda HRC riders and crew headed directly to Florida to do some pre-Daytona testing near Clermont. While there, the team also got to spend time with Ken Roczen, who many have not seen since his horrific accident at Anaheim 2. On Tuesday, Roczen hosted the team at his house for a catered dinner and a fun evening.

Roczen also joined his crew on race day in Daytona. He sat alongside Seely, Short, and Martin during autograph session and even after the 30-minutes time frame was up, Roczen continued to take photos and sign autographs for his devoted fans who were ecstatic to see him. During the evening program, Roczen gave an interview on the podium before heading up to the Fox Sports broadcast booth to sit down with Ralph Sheheen for a candid interview, where he provided an update on his recovery. (Full Interview Here)

“It was awesome to see Kenny this week,” stated team manager Dan Betley. “I’ve spoken to him many times on the phone but to have him out at the track with us and to see him in such good spirits was really great. He’s gone through a lot but has been raised to be tough and it definitely shows. The team is behind him 100% throughout his journey back to racing.”

Honestly, I was surprised that I qualified so good. These guys are really fast and they’ve had a lot of experience. I just had a good feeling today. That new Honda is an amazing bike. Today was my eighth day on the bike and I’ve really enjoyed it and working with the whole Factory Honda team. The bike’s good. I had 18th gate pick and I was on the outside. I knew I had to do something, so I threw it into the first turn on the outside and I railed the crap out of that berm. Just tried to do my best, but I knew the green machine was coming. To be able to lead, I think it was 10 laps, was just so cool. I have much respect for everyone in the class. I just got a good start and put myself in a good position. 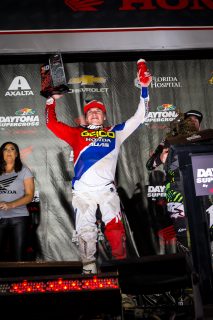 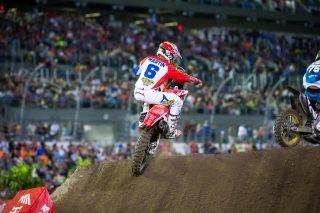 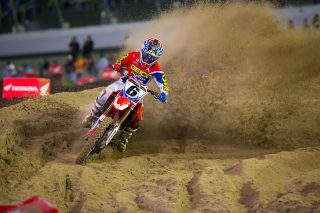 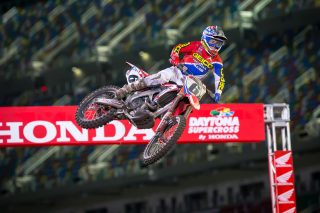 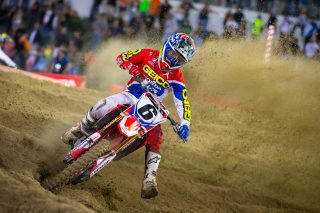 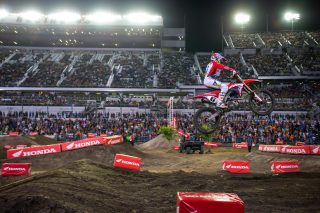 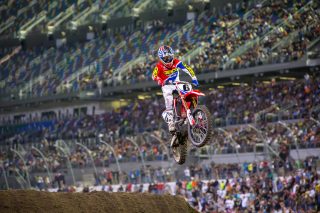 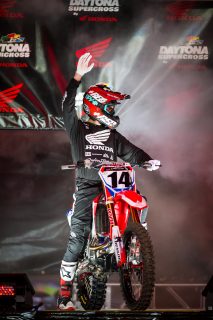 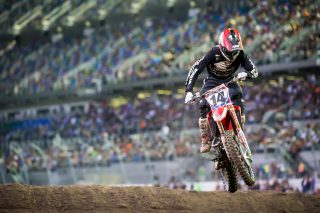 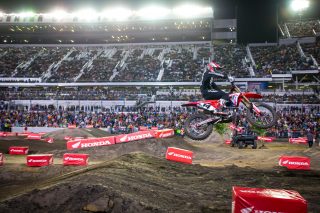 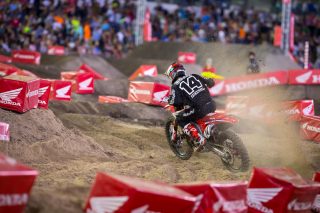 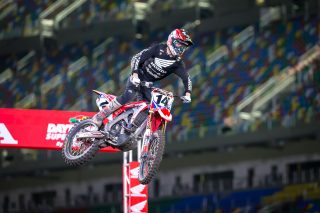 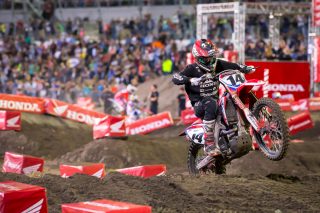 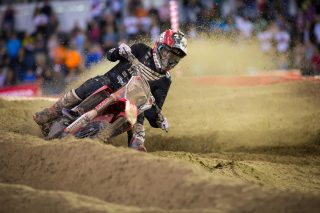 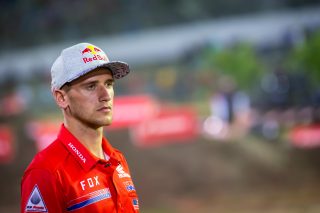 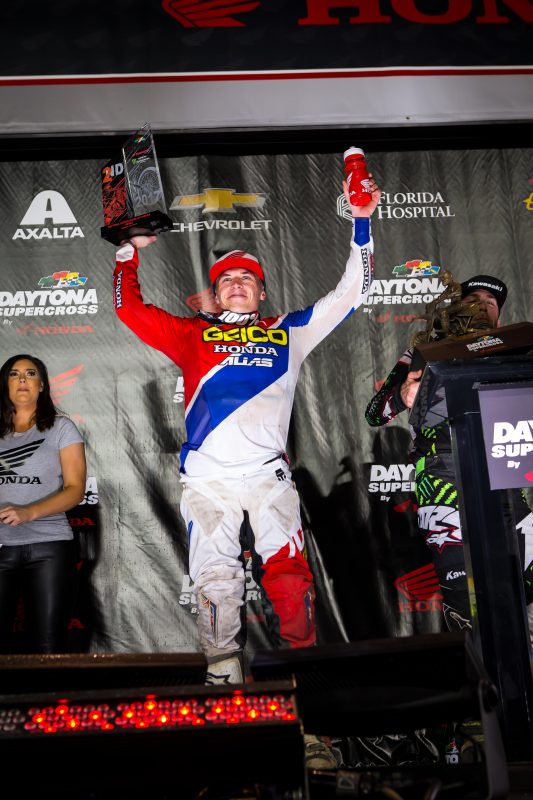