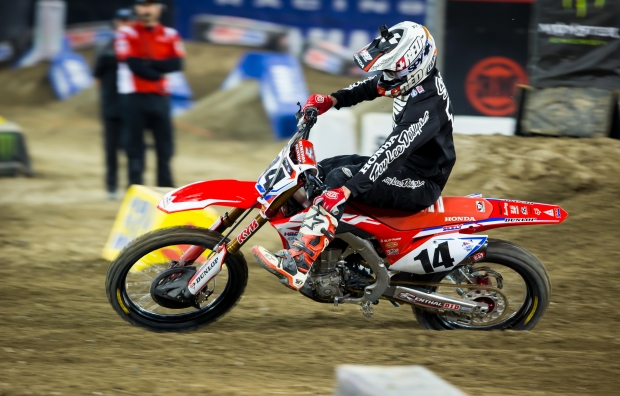 Although Team Honda HRC’s Cole Seely turned in a respectable sixth-place finish at the Canadian round of the AMA Supercross series, the young Californian had hoped for a better result. Following a less-than-desirable start aboard his CRF450R, Seely quickly moved into seventh on the opening lap. He maintained that position for a majority of the race, before making the pass into sixth on lap 12, which is where he finished.

The Toronto Supercross marks the only international stop on the AMA Supercross circuit, and although it may seem like just another race to most fans, there is a lot of additional behind-the-scenes work that goes in to ensuring that Team Honda HRC is on the gate. In order to cross the Canadian border, the team is required to submit a manifesto well in advance, claiming everything that is brought across within the truck. Because of this, the team opts to bring only it’s technical truck across, and not the hospitality struck. By employing some creativity, the entire team and Seely are able to work out of one area.

“Bringing the rigs across the border to Toronto is definitely more complicated than any other race, which is why our team chooses to only bring one semi,” explained Mike Spraker, tech truck driver for Team Honda HRC. “We have to do a complete inventory of our entire trailer including everything from rugs, paper towels, chairs, nuts, bolts, engines and everything in between. We also have to document frame and serial numbers, as well as anything with an ID number. We have to submit this information about 8 weeks in advance. Then normally about three to five days before we cross the border we get verification paperwork, which tells our entry point [to the country], crossing dates and a crossing time, which we have to be within a few hours from. Only the people or persons within the vehicle that are registered on the manifest paperwork are able to drive into and out of Canada.” 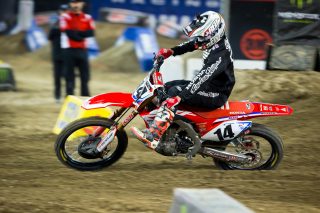 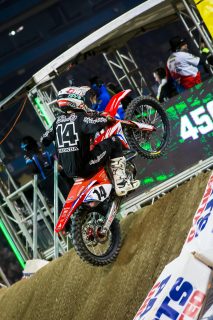 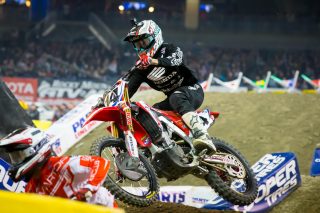 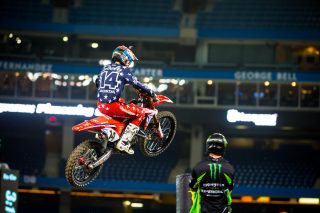 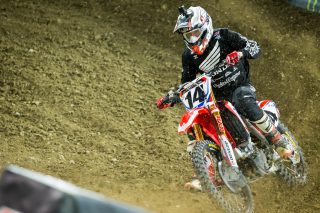 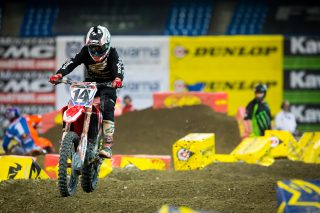 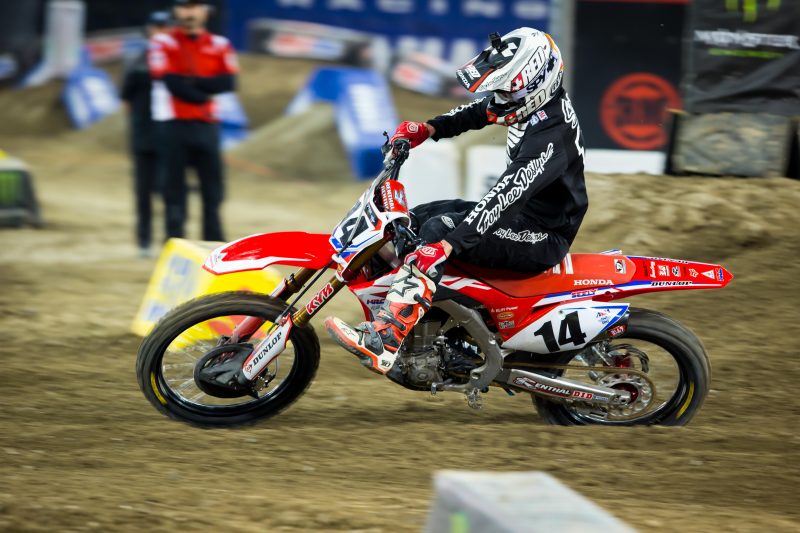