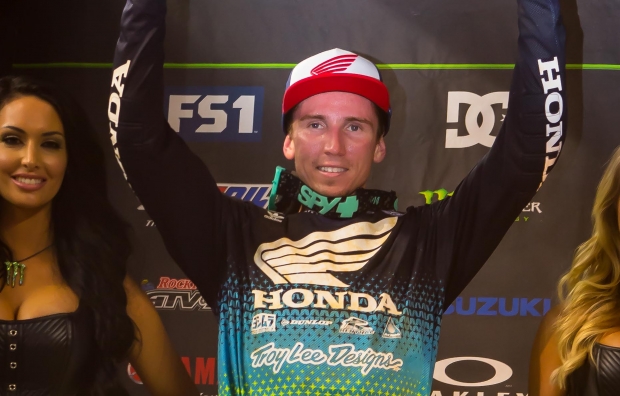 Round 6 of the AMA Supercross series, in Arlington, Texas, saw Team Honda HRC’s Cole Seely secure his best finish of the season with a second-place podium result.

In the main event, Seely launched his CRF450R off the line to a good start, sneaking around the inside of the first turn to come out in second. On the following lap, the race was red flagged, forcing the riders to return to the gate for a restart. When the gate dropped for the second time, Seely was unable to replicate his initial start but still managed to come around the first turn in seventh. He continued his charge forward, moving into fourth on the opening lap. By lap eight, the Californian had made his way into second, which is where he would finish.

THE FOCUS: With Ken Roczen sidelined after his injury at Anaheim 2, mechanic Oscar Wirdeman has spent the past few weekends at home with his family. However, this weekend he rejoined his team in Texas to provide some extra support throughout the day.

“It’s hard not being at the races. We had such a great start to the season so for it to end the way it did is a huge bummer,” explained Wirdeman. “It’s going to be a long road but Ken is young, strong and going to come back better than ever. Right now he is just stoked to be home for a little bit and able to sleep in his own bed. It’s been a long time for him. He’ll have to go back to Colorado for another surgery but from there hopefully it will just be going through the recovery process.”

“My main role today was to help Rich [Simmons] with anything he needed. I just tried to be his right-hand man when it came to getting the bike ready for the night show, prepping any parts he needed, carrying the cart back and forth between the stadium and pits. I’ll also help him rebuild his bike on Sunday.” 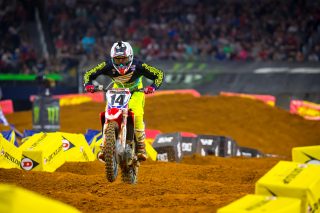 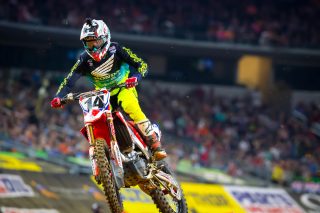 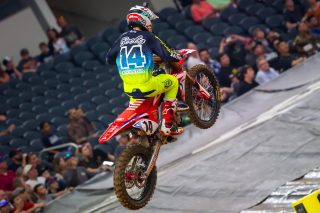 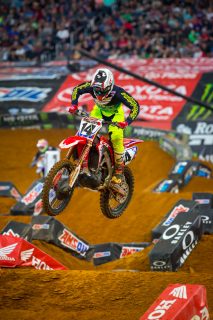 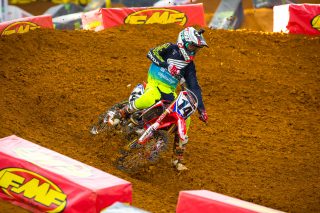 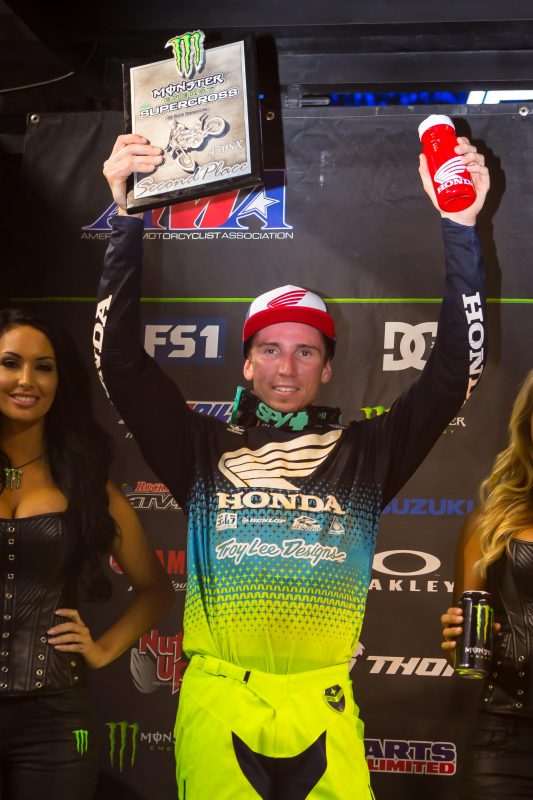