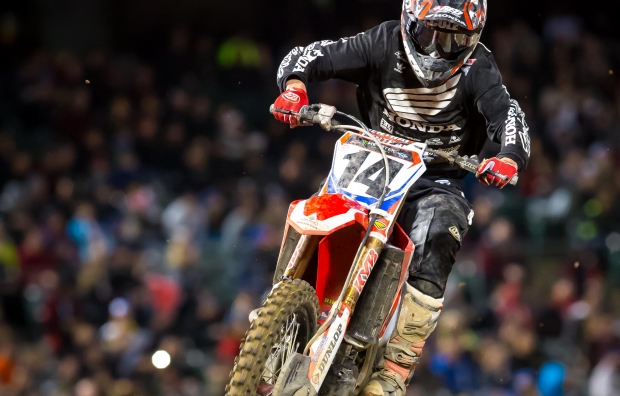 Although Team Honda HRC had its sights set on the podium at round five in Oakland, California, the crew was pleased with Cole Seely’s ability to salvage a fifth-place finish despite not having a functional rear brake for nearly half of the race. Seely powered his CRF450R off the line to a fifth-place start, but quickly navigated his way into fourth on the second lap. He continued his charge forward, coming within striking distance of the rider in front of him on lap six before eventually making a pass stick for third. As the race neared it’s halfway point, Seely picked up some debris on the track that eventually would get tangled into his rear brake caliper, causing him to lose functionality. He relinquished two positions throughout the remainder of the race, but ultimately took the checkered in fifth, respectively.

It was a short week for Team Honda HRC, as the squad participated in its first press day of the season. On Thursday afternoon, Cole Seely headed into San Francisco for an interview with Comcast Sports Network Bay Area to discuss his 2017 season and his expectations for Saturday’s Oakland Supercross. Seely kept busy on Friday, too. He joined anchors on “The Nine” morning show on KTVU FOX channel 2 before heading to the track for an interview and rig tour with ABC channel 7 news, as well as an interview with the local CBS affiliate. Unfortunately, due to the rainy weather, Seely was unable to take to the track for an opportunity to preview the layout.

“I think this was one of the busiest press days I’ve done. I’m exhausted,” Seely laughed. “The two in-studio interviews were kind of cool because I got to see some of the behind the scenes at the stations. One of them was taped so if I messed up, I could do it again, but the other was live so that was a little nerve racking. Normally we get a chance to ride the track, which really is one of the main benefits so it’s a bummer we didn’t get to do that because of the weather. Coming in early can really mess up our training program so I just made it a point to get a workout in at the gym each day.” 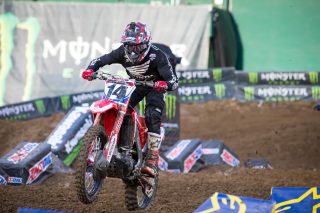 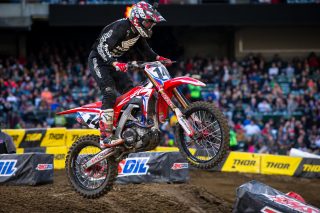 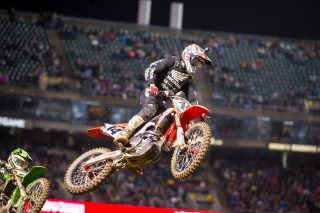 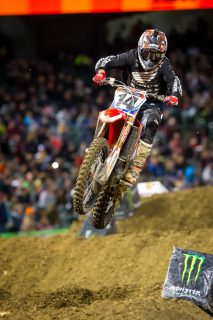 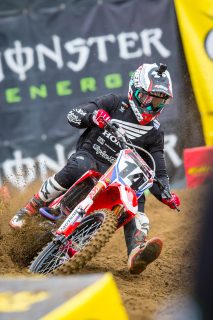 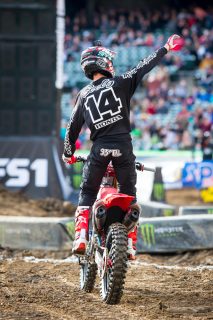 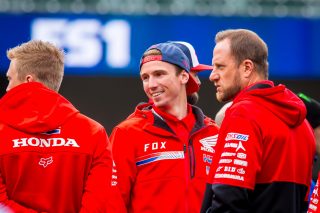 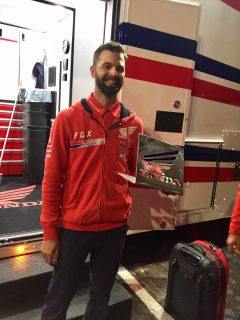 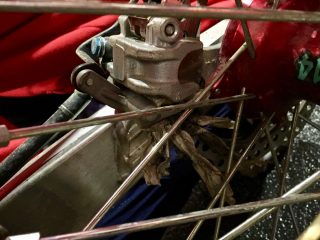 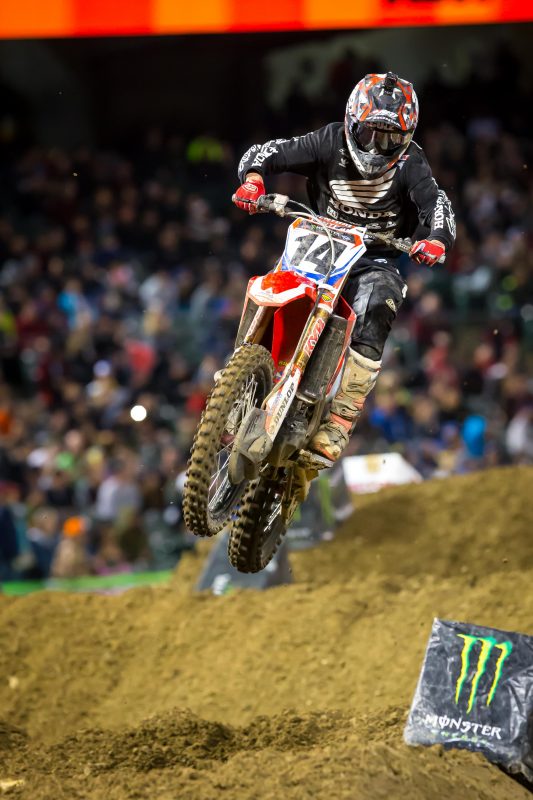