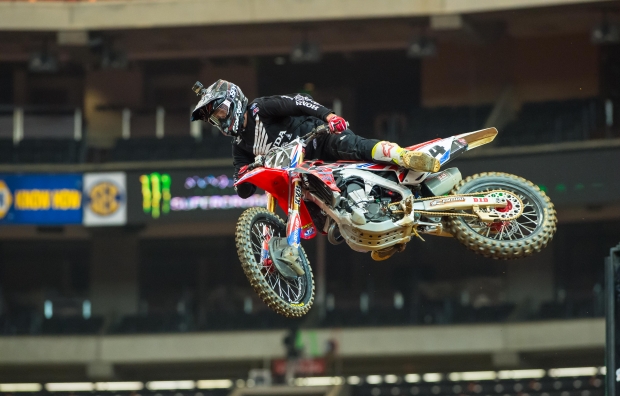 Round eight of the AMA Supercross series proved a challenge for Team Honda HRC, as both Cole Seely and Trey Canard had multiple mishaps during the main event that left them fighting in the pack. Seely got a good jump off the line but came together with another rider before the first turn, shuffling him to the middle of the running order. On lap eight, while trying to pass for fifth, Seely and Jason Anderson hit, sending them both down and costing multiple positions. By the final lap of the 20-lap race, Seely had worked his way back up to seventh, when another encounter with Anderson sent him to the ground again two turns before the finish. He remounted his CRF450R and crossed the finish line in 10th.

After a poor start, Canard put his head down and was working his way through the pack before going down on lap eight and falling back to 20th. During the crash, his bike’s front brake rotor was bent, which affected his riding for the remainder of the race. Canard crossed the line in 16th place.

THE FOCUS: Final Preparation for Daytona

Following the Atlanta Supercross, Team Honda HRC riders and crew headed directly to Florida to do some pre-Daytona testing near Dade City on a private track that replicated features typically encountered at the Daytona Supercross by Honda. Daytona is often regarded as the toughest and most physically demanding course on the AMA Supercross schedule, with the longest lap times and a hybrid design that is a cross between supercross and motocross.

“We’ll make a few changes to the bike because Daytona is usually pretty high-speed,” said Brent Presnell, mechanic for Trey Canard. “It gets really rough, but there aren’t a ton of changes, just a few tweaks here and there with suspension. The biggest thing is it’s beneficial for riders to ride a Daytona-type track because it wears them out differently then a standard supercross track, so this gives them an idea of what they’re going to be up against come race day.”

“I’m frustrated and disappointed with tonight. I got a bad start again, putting myself in a bad position because it’s just so chaotic back there. I was trying to make my way through the pack but made a big mistake, got out of control and went down, which bent my front brake rotor. Every time it would make a revolution the pads would separate and I’d have to pump it up, so that made the rest of the race really tough.” 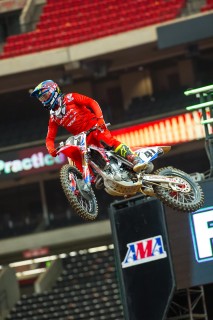 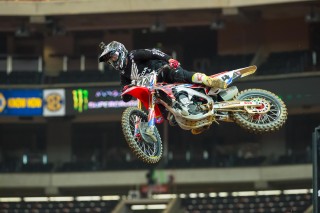 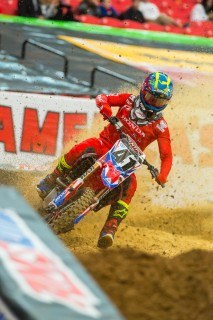 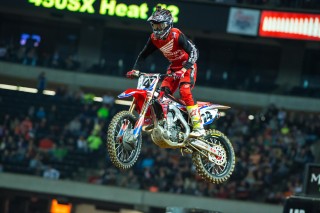 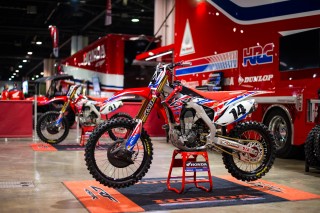 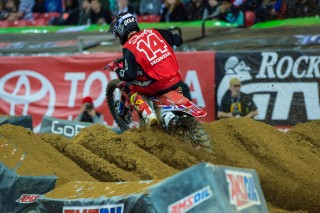 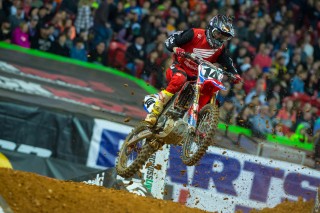 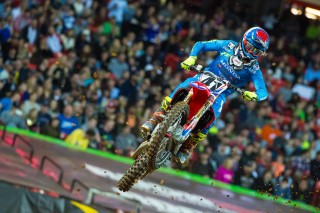 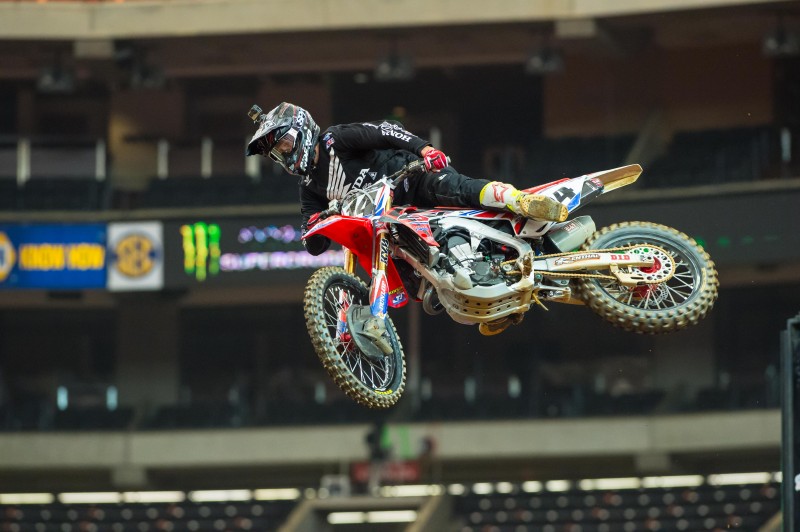