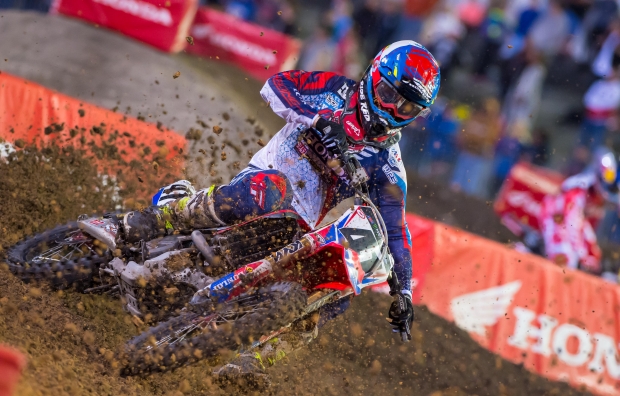 Although expectations were higher for Team Honda HRC at the Daytona Supercross by Honda, the squad was pleased with Trey Canard’s solid sixth-place finish and Cole Seely’s ability to rebound from a first-lap crash to complete the race in 10th.

Canard put himself in a good position at the start of the 20-lap main event, launching his CRF450R to a decent start and working his way to seventh by the completion of the opening lap. While running fifth at the halfway mark, Canard had a close call in the whoops, causing him to relinquish one position, which is where he would finish. It was a tough night for Seely, who tangled with a group of riders on the first lap and rejoined the race second-to-last. An impressive come-from-behind performance carried him to 10th by the checkered flag.

THE FOCUS: Honda and Daytona—a Quarter-Century Together

Once again, the Daytona track was lined with red Honda signage, as this marked the 25th season that Honda has been the title sponsor of the Daytona Supercross by Honda.

Honda has a big presence for the entire Daytona Bike Week, with a tent in the new Midway area. The line of Honda motorcycles is on display (fans can try out the NC700X’s automatic Dual Clutch Transmission on a portable dynamometer), and a collection of vintage Honda factory motocross, road race and flat track bikes is displayed as well.

Honda’s Bike Week racing isn’t limited to the Daytona Supercross by Honda; on Sunday following the race, Bollinger rode his CRF250R to the XC2 victory at the Wild Boar GNCC in Palatka (Bach was fourth in XC1), and Texter is slated to race at the Daytona Flat Track this Thursday and Friday.

Today was better, but I still didn’t finish where I would’ve liked to. All in all though, I think it went pretty good and I’m happy to finish inside the top 10 and be leaving healthy, considering the season I’ve been having. I really think I just raced better today overall. I felt good in the main event was able to regroup after almost going down in the whoops, to still finish strong. I wasn’t a huge fan of the track, and I don’t think many guys were; it was just too tight and there wasn’t a whole lot of room to make passes. I can’t complain too much because we all had to race the same course. 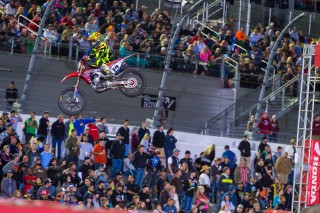 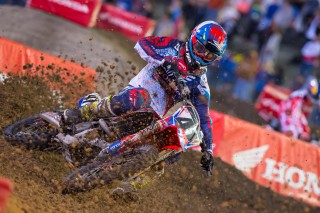 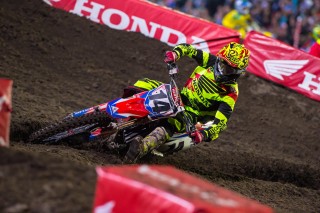 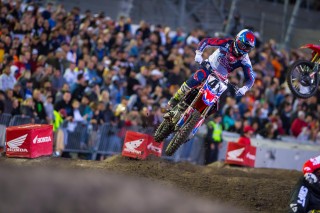 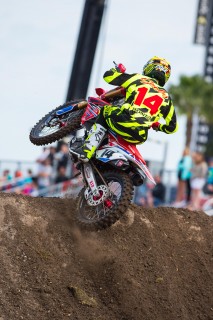 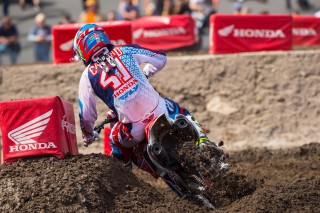 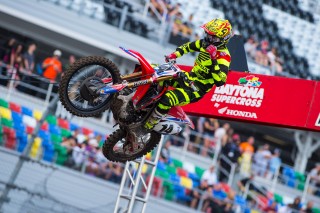 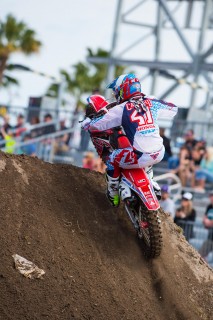 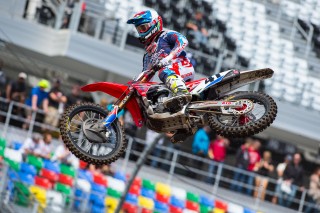 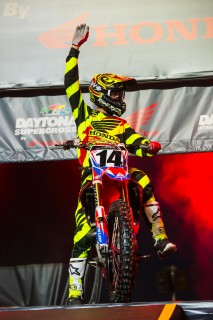 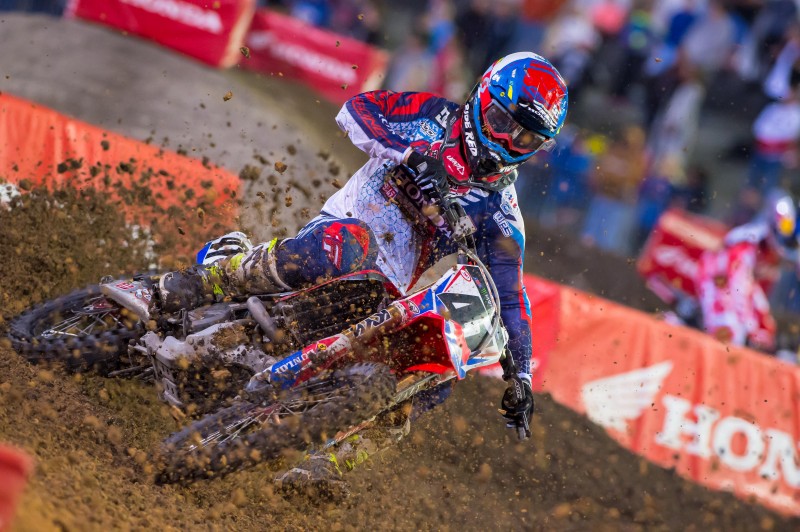