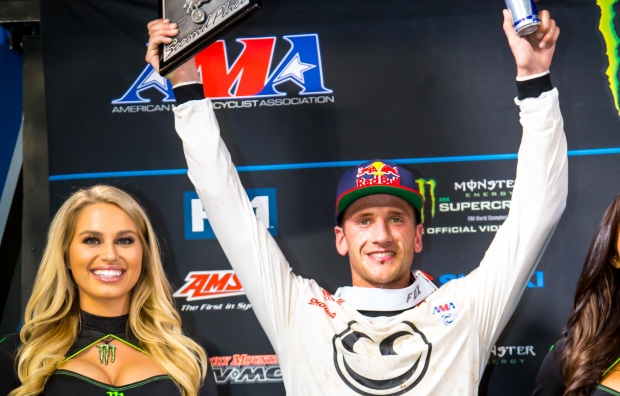 It was an exhilarating night for Team Honda HRC at round five of the AMA Supercross series in Oakland, as Ken Roczen secured second place after a heated battle in the final laps of the race. When the gate dropped for the main event, both Roczen and teammate Cole Seely launched down the start straight, with Seely scoring the holeshot and early lead, while Roczen was tucked in behind him. It looked as though it might be a double podium for the Red Riders, as the duo ran 1-2 until nearly the halfway mark. On lap 11, Seely made a big mistake while leading, costing him several positions. He remounted in fourth but struggled to get back into his groove, losing two more spots before taking the checkered flag in sixth.

Meanwhile, back at the front, Roczen continued to put together solid laps and had his sights set on his first win of the season. As the German navigated the challenging track, lapped riders began to play a bigger role, and Roczen came under fire from Jason Anderson during the closing laps. Both riders made mistakes during their heated battle and swapped positions multiple times before Roczen was edged out by just .839 seconds at the end.

“It was a great race tonight. I was really bummed because we worked so hard just to pretty much give away the win on the last half of a lap. All in all though, we’re healthy and in the championship hunt so it was a good night. We’re moving forward and getting that much closer. I got a good start and tucked right in there behind Cole. He was going really good but made a mistake in front of me and I took over the lead. I was trying not to get too amped up and push even more because I knew the track was going to get worse and worse. It’s easy, especially in those tight rhythm sections, to rush and possibly make a mistake, so I just tried to be patient. There were definitely a few close calls out there with lappers and the track, but I feel like I rode pretty clean for most of the race. The last couple laps were something else though. Jason [Anderson] got by me somehow—can’t even remember to be honest because it was like tunnel vision—but we had a good battle to the very end. I really wanted that win but it was good to lead laps. We’ve got a lot more races to go so we’ll keep chipping away at it.”

“It was definitely an exciting night! I know Cole is disappointed with the end result and even Ken was upset that the win kind of slipped through his fingers, but they both made good progress today. Ken was really able to turn his day around after struggling in qualifying with bike setup. I like Ken’s fire; that’s what makes him who he is and really drives him to want more. Cole led almost half the main event, which is a huge confidence builder. He knows he’s right there and what he has to do to get up front, but the track was just really tough and a mistake cost him.” 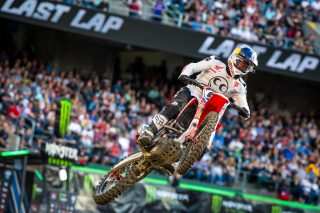 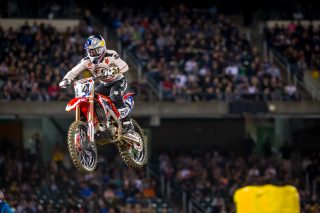 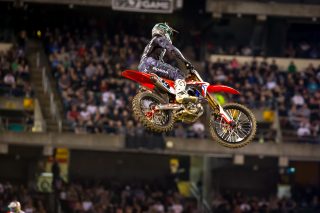 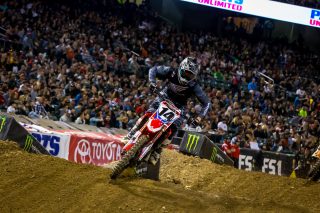 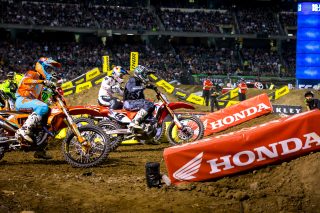 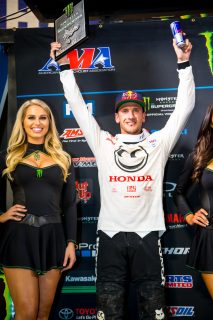 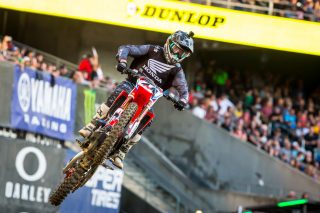 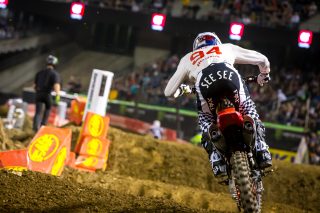 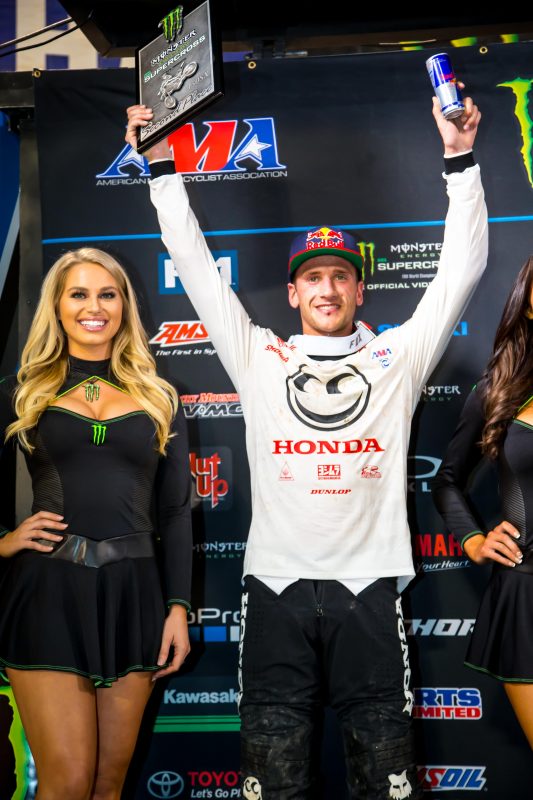