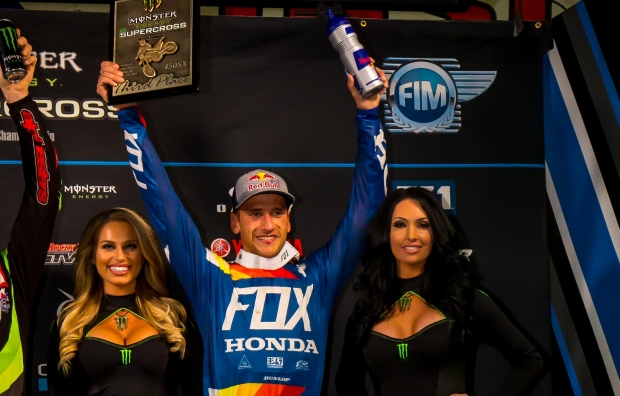 Team Honda HRC’s Ken Roczen turned in an impressive performance aboard his CRF450R at round four of the AMA Supercross series in Glendale, Arizona, scoring his second podium result of the season with a third-place finish. When the gate fell for the main event, Roczen rounded the first turn in sixth, but he quickly made his way into fifth on the opening lap. The German continued his charge forward, taking over fourth a few laps later. With his sights set on the podium, Roczen began applying pressure on third-place rider Weston Peick, battling hard before finally making a pass stick on lap seven. He spent the remainder of the race trying to close the gap on Justin Barcia, but mistakes in the race’s closing minutes caused him to lose time and settle into third.

Roczen’s teammate Cole Seely had a night he’d like to put behind him, as a poor start and a big mistake toward the end of the 23-lap main event saw him take the checkered flag in 12th place. Having been saddled with a poor gate pick, Seely struggled off the line, completing the first lap in 15th place. By the halfway mark, the Californian had made his way into eighth. A close call in the sand section caused him to lose his rhythm and fall off the pace, ultimately sending him back to 12th position.

“We found ourselves on the podium again tonight with a third place, which is awesome. We had a good heat race, but I really need to work on improving my starts. I have the speed and fitness, but I just need to put myself up front in the beginning. I was in sixth off the start, made some passes, and got myself into third. I rode some solid laps and was inching up on Justin [Barcia], but unfortunately, we ran out of time. All in all, I’m happy with tonight’s racing. Obviously, we want to win, but after last weekend it was important to me to come out here and ride how I did. It was a big confidence booster. The team and everyone has been putting in a lot of work each week. I’m having a lot of fun right now and loving where we’re at, so we’ll keep building from here.”

“Overall it was a good night for us with Roczen finishing third on the podium. Seely crashed in the heat race and did not get a good gate pick for the main, but he showed the speed and was moving forward until the end. I’m sure he will figure it out. We have our two riders in the top five in the ranking and we will keep fighting for the championship!”

“I was very excited to see Ken back on the podium today. I think overcoming last weekend’s mental hurtles and being able to rebound like he did is a big confidence builder. He was strong all day, even to the very end of the main event. He made a couple mistakes, which he knows, but he didn’t let it rattle him and he continued to charge. I think we’re seeing a much more patient Ken. Unfortunately, it was an off day for Cole. I think his starts are definitely what killed him today. He was able to make some good, solid passes in the heat race to get into a transfer position, but you don’t want to be put in that situation. The back is where all the bad stuff happens because it’s so hectic and there’s a lot of bar-banging going on. He almost went over the bars toward the end of the main, and from that point on, his lap times fell off. I think that’s just a mental-toughness thing he needs to work on. When things rattle him, he needs to snap out of it and get right back into his flow. It’s still early in the season and points are pretty close so there’s a lot of time left.” 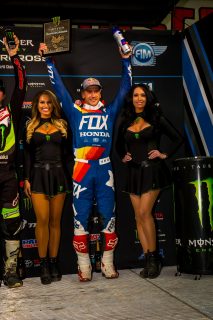 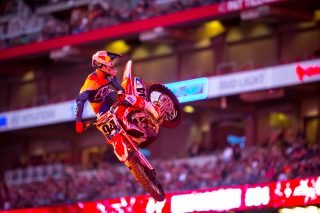 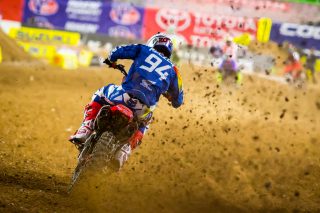 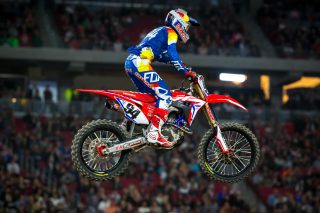 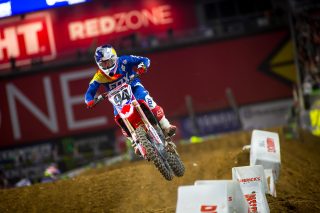 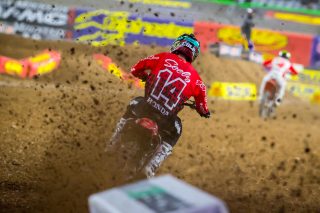 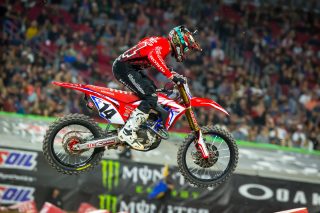 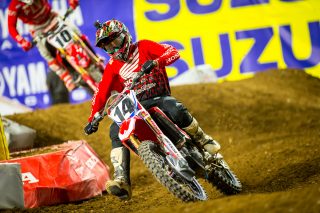 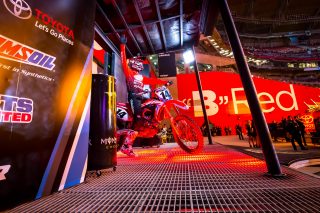 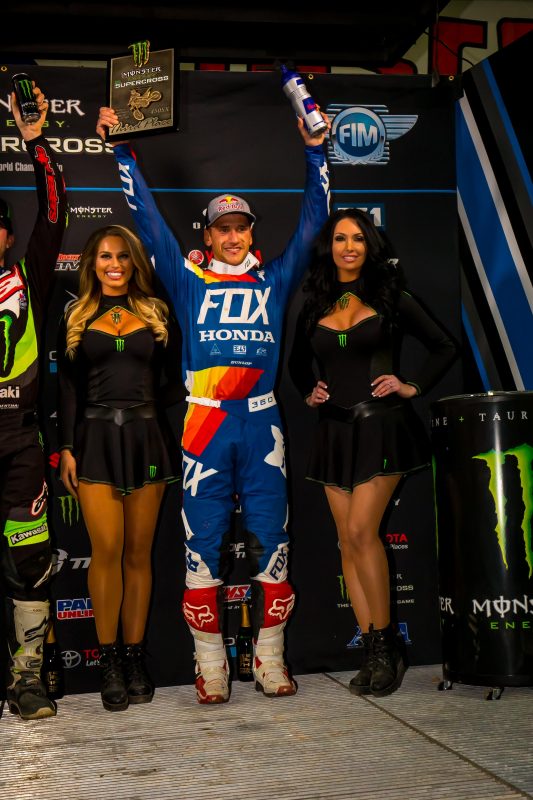