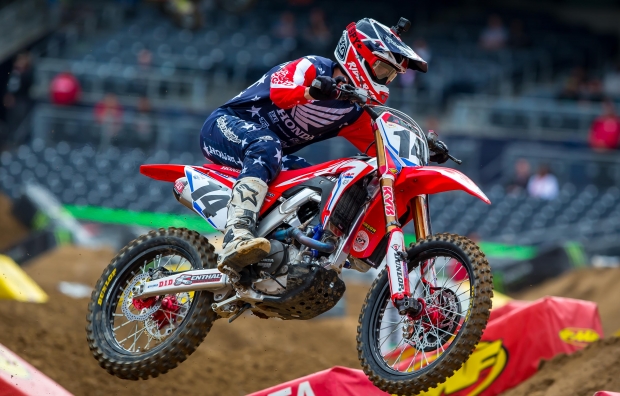 Team Honda HRC had a night of ups and downs at the San Diego Supercross, as Cole Seely led over half of the main event before taking the checkered flag in fourth, while teammate Ken Roczen was sidelined after an incident with another rider. For the second consecutive week, Seely grabbed the main-event holeshot aboard his CRF450R and laid down consistent laps, opening up a solid lead through the first half of the race. At the midway point, Seely came under pressure and was unable to hold off the advances of eventual winner Jason Anderson. Several mistakes resulted in Seely relinquishing two more positions before he crossed the finish line in fourth place.

Roczen had a rough night from the very start of the main event, as a first-turn crash left him nearly last on the opening lap. On lap three, while looking to make a pass on Cooper Webb, Roczen lost control of his bike and sent both riders to the ground. Unfortunately, Roczen’s right arm tangled in the rear wheel of Webb’s bike and he retired from the race. The German was evaluated by the Alpinestars Mobile Medical Unit, where it was determined that he has a fracture to the second metacarpal in his right hand. Roczen will visit his physician on Monday for further evaluation, but surgery has already been scheduled with Dr. Randy Viola (the surgeon who performed all of his procedures in 2017) on Friday, February 16. Additional details will be released when they become available.

“I’m completely devastated with the outcome of tonight. The first thing I thought about on the ground was my team and all the hard work we’ve put in to get back to this point. I came into the corner with good speed, got on the gas, and then caught a ton of traction in the rut, lost my balance, and whisky-throttled the bike into [Cooper] Webb. My arm went in between his wheel and swingarm. We’ve already made the necessary calls to Dr. Viola and are going to get everything fixed up so I can get back out there as soon as possible.”

“Cole had another great start tonight in the main event and led almost half the race again, but things started to unravel toward the second half and he fell back a few spots. Fourth definitely isn’t bad, but I know he’s frustrated with that after the way the race started. He’s got the speed and fitness, so we just need to figure out what’s holding him back those last 10 minutes. It was a rough night for Kenny. Looking at the way his arm got sucked into the wheel though, it could’ve been worse, so we’re grateful it wasn’t. We’ll see what the doctor says about his hand this week and find out what the prognosis and recovery time is.” 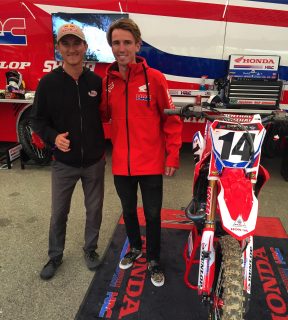 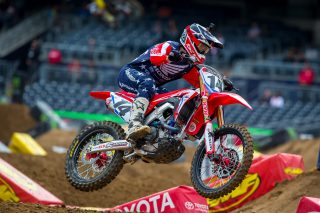 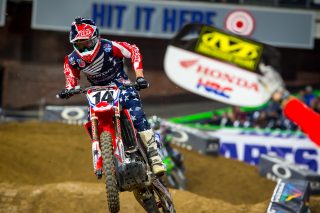 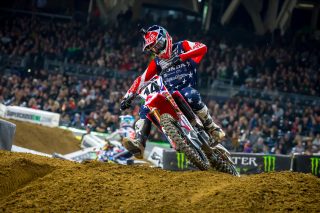 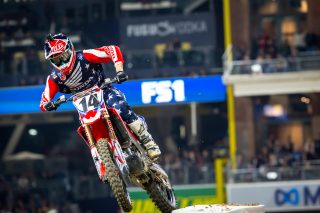 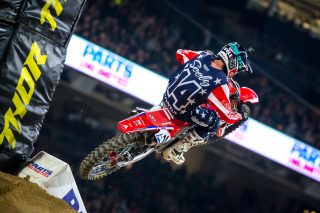 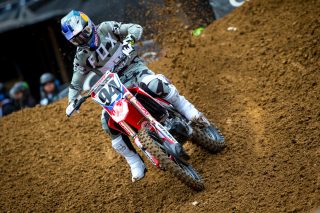 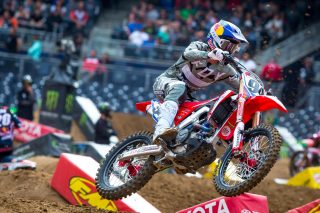 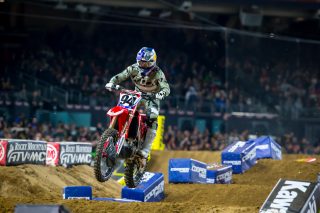 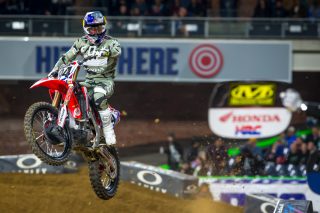 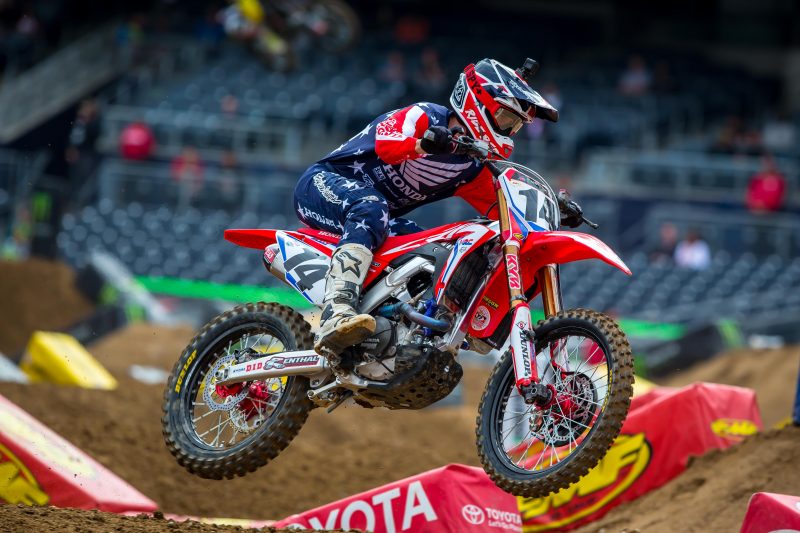