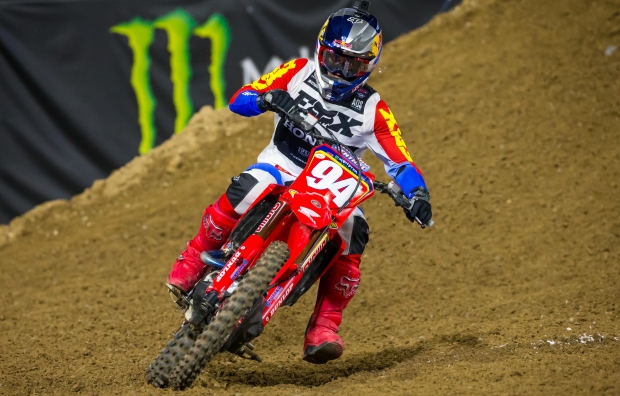 When the gate dropped for the final time in California, Brayton and Roczen both got decent jumps off the line but didn’t manage to come through the first turn in good position, with Brayton being pushed wide and Roczen getting pinched off; the duo came around eighth and ninth on the opening lap. On lap two, Roczen made his way around his teammate and continued his charge forward, passing fellow Red Rider Malcolm Stewart for sixth a few laps later. He then took advantage of another rider’s mistake, moving into fifth and setting his sights on Justin Barcia. His momentum then slowed though, as he struggled to make a move, allowing championship competitor Eli Tomac to close. Roczen was unable to defend his position, slipping back to sixth, which is where he finished. In the meantime, Brayton had a run-in with Jason Anderson early in the race, causing him to slip back to 10th. He rebounded quickly and spent the reminder of the race fighting through the field, working his way into seventh by the checkered flag.

“The night started off really well. I crushed it in the heat race and had an awesome start. Ultimately in the main, I got an okay-but-not-great jump and just got sandwiched in the first turn and again in the second turn, losing four more positions. It made for a tough race. I also got stuck behind [Justin] Barcia and just wasn’t riding well. Then [Eli] Tomac got me and from there on out, I was just going backwards. I lost touch with the front guys and wasn’t that good. Unfortunately, as much as we don’t like it, we all have those races and we did some damage control. It’s obviously not where we want to be but we’re heading to the East Coast still with the points lead, so that’s a positive. It’s still a long season ahead.”

“Today was pretty good. It was about standard for this season so far, but I do think my starts were better. They were good in the heat race and in qualifying; I just kind of messed up the main-event start and was a little wide. I was next to the box, which is normally good, but I think this time it was too wide. I feel like I executed the start good but just got pushed out. Overall I rode pretty well. Once again, I had to pass some good guys and it’s really hard to come through the pack, so I only made it up to seventh. I just need to put myself in a better position in the beginning and I know I can run up front and get a better result.”

“I think we started off the night really well. We’ve been working a lot on starts and I think they both got good starts and rode really strong in their heat races; Kenny killed it in his heat race. In the main event, both guys’ starts weren’t great and I think the pace of the top guys was so fast, you had to get a good start to race up front. Ken started with a lot of good intensity but being mid-pack, there was a lot of banging going on. It looked like he charged really hard, really quick and might have blown too much of his energy, so he had to maintain the rest of the race. Justin was kind of the opposite. Toward the middle of the race he started to settle into a rhythm and find his pace and was really strong.”

“Tonight’s main event was a challenge. Ken didn’t get the start he wanted and was back in the chaos. He made some good passes in the beginning but then got stuck behind [Justin] Barcia. I think he just exerted a lot of energy in the start and when it took him too long to get around a few people, he started riding tight. He just wasn’t comfortable for a combination of reasons, and it showed. We still have the points lead and are now heading east, so hopefully we can get back on the podium next week.” 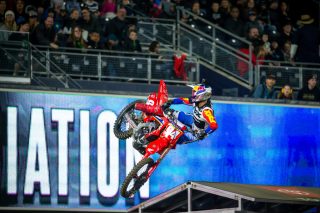 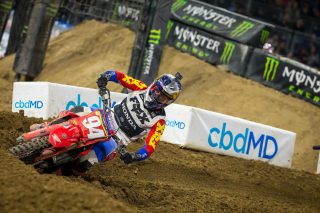 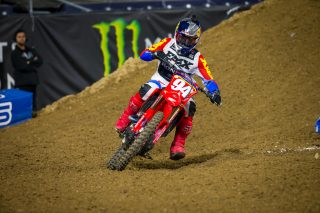 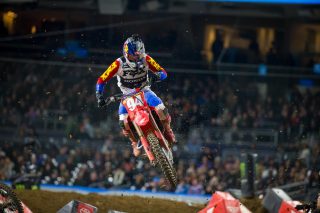 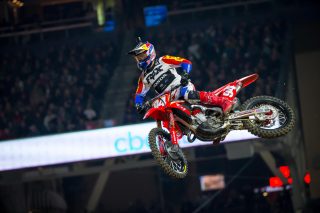 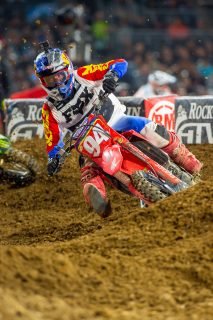 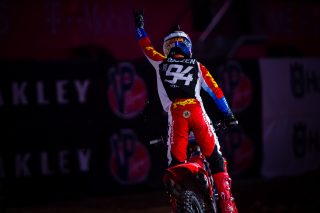 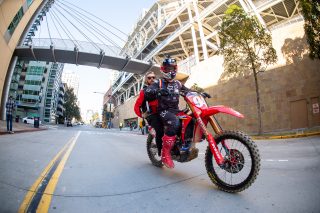 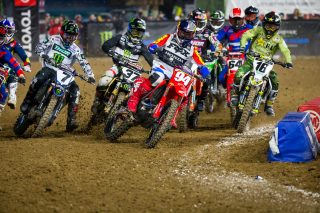 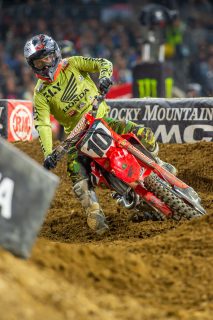 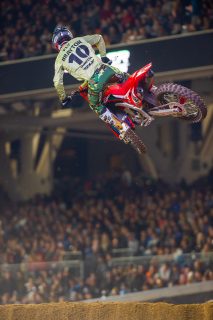 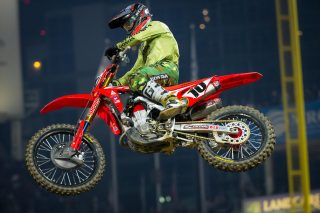 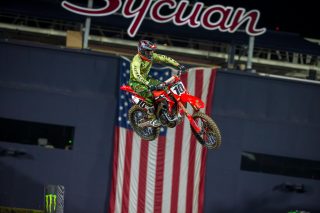 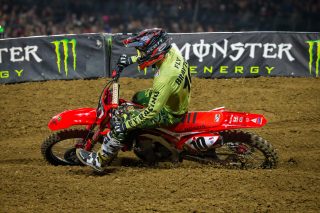 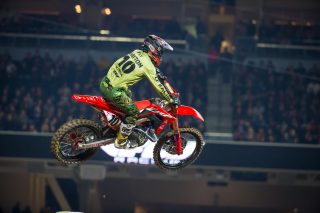 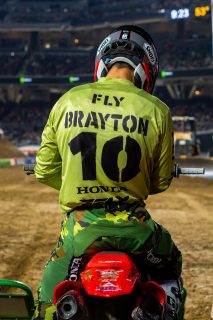 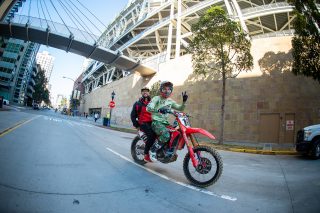 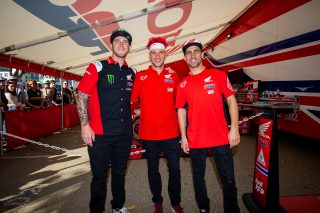 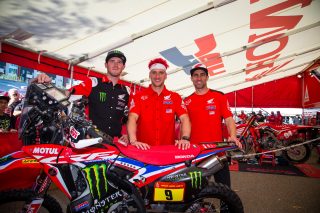 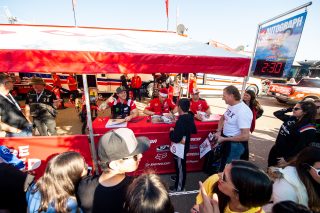 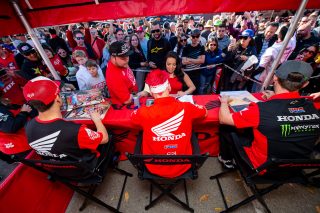 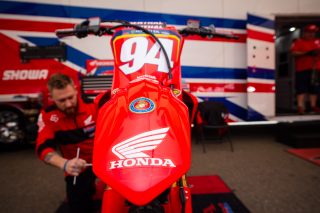 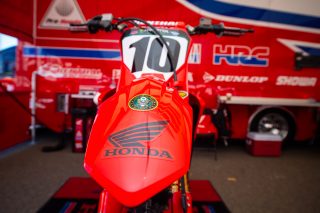 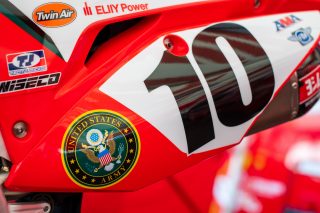 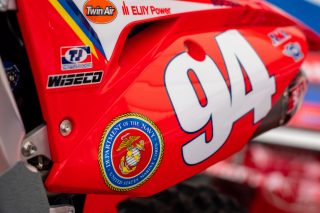 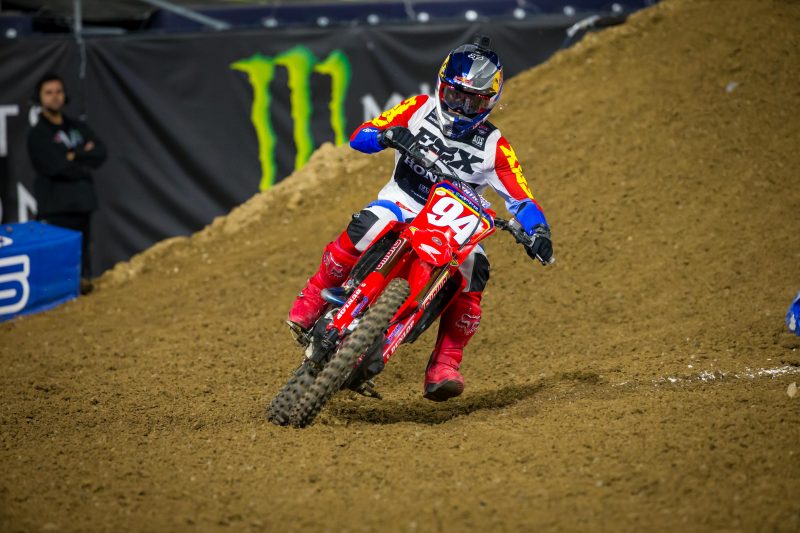