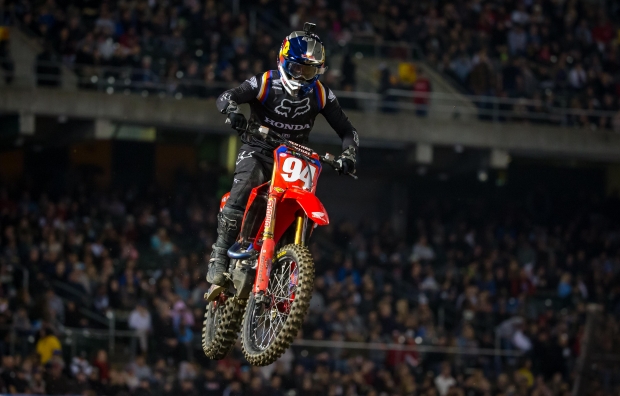 Following a dominant performance last week, Team Honda HRC’s Ken Roczen was confident and poised to deliver another strong result at round five of the AMA Supercross series in Oakland, California, and although he did manage a creditable third-place result, he and his team left with mixed emotions. When the gate dropped on the main event, Roczen continued his streak of strong starts, driving his CRF450R to another holeshot and early lead. The German rode smoothly up front for the first half of the 20-minute-plus-one-lap race but came under fire from Eli Tomac and relinquished the lead on lap 11. Roczen stayed close behind, which paid off when Tomac made a mistake on lap 15 and Roczen regained the lead, but late mistakes cost Roczen the lead to Tomac and then then runner-up position to Cooper Webb in the last turn.

Although teammate Justin Brayton was disappointed in his final result of 13thplace, he left Oakland pleased with his overall speed and bike setup. Following a third-place finish in his heat race, Brayton couldn’t manage the main-event start he needed to secure a good track position. While running ninth on the opening lap, he got tangled with fellow Red Rider Vince Friese, who had stalled his bike in a corner. Brayton was delayed in getting back underway, falling back to 22nd. With 21 laps ahead of him, Brayton put his head down and mounted a strong come-from-behind ride, working his way to 13thby the checkered flag.

“Overall I’m happy to be on the podium. I’ve felt pretty good in previous weeks and today was different. I just felt a little slow in practice honestly, and wasn’t really vibing too well with the track. It took me a little longer than normal to get comfortable and get everything down. With that being the case, I’m happy to have finished on the podium because it could’ve been worse. I’m definitely bummed I gave up some valuable points, but to still come away with the points lead is good. It was great to lead more laps, but I wasn’t the fastest tonight and made some big mistakes, especially toward the end, which were costly. It allowed Cooper [Webb] to close in; when you’re behind someone like he was, you can kind of pick your lines and set something up for a pass, which is what he did. Obviously, I’m not too happy about that but it’s racing. I don’t know what happened in the pass but somehow my foot got smashed or hung up and it was a stinger, but I’m not too worried about it. We’ll keep an eye on it and if I need to, we’ll get an X-ray to make sure everything is good. I’m looking at the big picture and we’ve been on the podium a bunch and are still in a good position overall.”

“Tonight was quite a bummer. I don’t know exactly where I was on the first lap, maybe around ninth, and I just got hung up with another rider when he stalled his bike in an off-camber turn. Once he got going, my rear wheel had dug a hole in the up-ramp, and I was stuck. By the time I then got going, I was 22nd by a long way back. I made my way up to 13th, which was about all I could do. It’s such a bummer because I feel like I’m riding really well at the moment and we had a great week at the test track. The bike is amazing and I’m really happy with the changes we’ve made and how it’s working. These bad starts just won’t cut it. These past two weeks I’ve just been terrible on the starts, so I need to be better about that. I think if I can get some starts like I did in the beginning of the year, I can get into the top five. I’m super-motivated heading into San Diego. It’s races like this that really motivate you to get back to work during the week.”

“Tonight had its highs and lows. Ken wasn’t fully comfortable with the track all day, but even with that, he won his heat race and rode well in the main event. There are a few specific things that we need to refine on the bike for Ken, to make him even more comfortable, because there were a few sections that he struggled in, which is where he lost most of his time. But overall, we’re very close. We lost some points in the championship; however, we were still on the podium and are in the lead, so that’s positive. Justin’s been struggling with his starts the past two weeks. It’s hard to stay out of trouble when you’re mid-pack; it’s hectic and you’re more susceptible to situations that you don’t want to be in, like what happened tonight. He’s very happy with his bike though, so we’ll just keep working during the week and head to San Diego.”

“Looking at the big picture, we can’t be too bummed on tonight because we still got on the podium and have the points lead. But in the moment, I definitely wasn’t pumped on how the race ended. It could’ve been worse though. Ken led over half the race, so we’re taking the positives and going to improve on some things for next weekend, to come back stronger.” 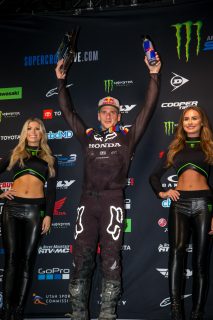 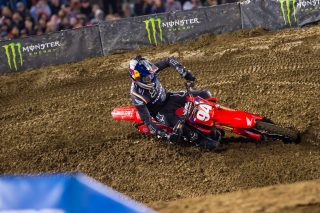 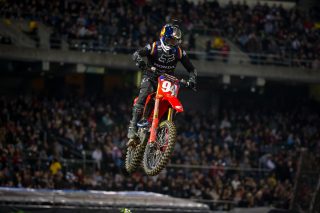 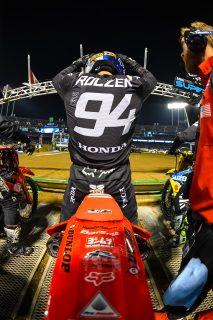 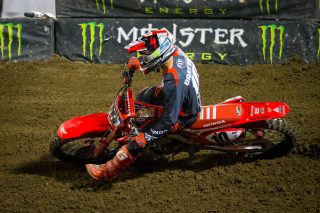 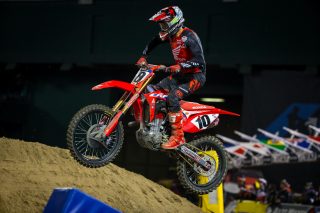 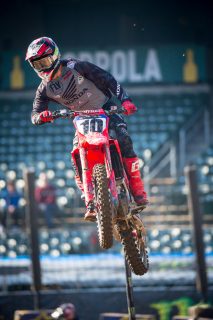