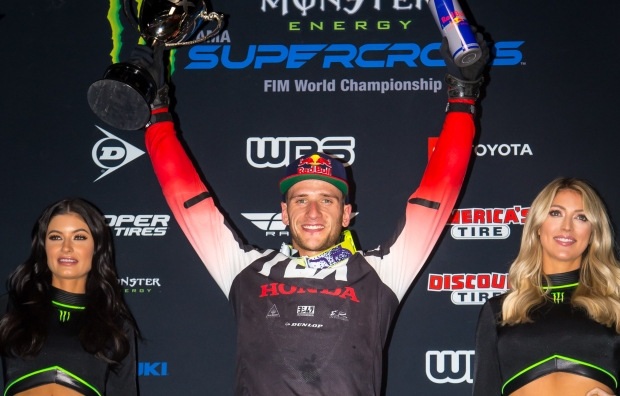 Whereas there were nearly three years between Ken Roczen’s 10thand 11thcareer premier-class AMA Supercross wins, only 14 days passed before win number 12, and this one was even more convincing than the last. In Glendale, Arizona’s State Farm Stadium—host to the 2020 series’ fourth round and the first of three run under the unique Triple Crown format—the Team Honda HRC rider topped all three of the evening’s 450SX races, confirming the speed shown two weeks earlier in St. Louis and stretching his title-chase lead to eight points. With his CRF450R wearing the red number plate that denotes the points leader, the German used strong starts and masterful race management to rule the evening, leading the bulk of laps and setting the fastest lap times in two of three races (including the fastest of the night).

Meanwhile, teammate Justin Brayton overcame so-so starts by putting in solid rides through traffic, tallying 7-7-9 finishes to take sixth overall—his best result of the season thus far, and good enough to improve his position in the points battle from eighth to seventh.

“I can’t believe we won all three main events! I think it’s the focus that we bring. Between my team and especially my mechanic, we just have a good regimen going into all the races. Every time we go down there for a gate drop, I just want to put maximum focus, put myself in a good position and make life a lot easier—and safer as well. We had some good battles with Eli [Tomac] in the first one, but I was stoked to pull it off. I got a decent start in the second one, and then we had to do a restart unfortunately. I grabbed that holeshot and rode a super-solid race and won. The first start for race three was not good, and me and Tomac were battling in like eighth or something. Then we had another restart, and I pulled the holeshot there and just rode a super-solid race. I had a good time tonight, and I’m really happy with how the team has been excelling and making changes to the bike. We’ve been working really well together, and the team spirit is high right now. Obviously, I’m beyond stoked and want to enjoy tonight and tomorrow, but then get back to work and keep 100% focus.”

“The night went pretty good, but I had a lot of bad starts for some reason. I really struggled with track position at the beginning of the race, and I came from the back pretty much all three races. I’m a little disappointed in that because I felt like with my lap times, a better track position could have given me a top-five finish. But to end up sixth is nothing to hang our heads for at all. It was a positive night, awesome to see Kenny get the win, and the team’s just jelling really well right now; everyone’s doing an amazing job, and I keep getting better and better every weekend. I hope to keep this momentum rolling and be in the top five next week.”

“It was a solid night. Kenny’s been getting consistent starts, and I think that’s improved his confidence a lot. He’s just been able to ride his race the way he wants to, and things are clicking. Brayton had some good things to take away also. He had some solid rides tonight, but he’s got to get a little more consistent with his starts to be able to get up there and get that confidence to race with those guys—and he knows he can.”

“Really good night for us and Ken. Triple Crowns are tough on the riders; it’s close to 40 minutes of racing, compared to a normal 20-minute main event. It’s tough for us as well, as we have really quick turnarounds—kind of like outdoors; we get back to the truck and pretty much ram-and-jam. We have the normal clutch and tire stuff we do, and after the first race we replaced a header pipe because he and [Zach] Osborne hit. I had to be on it, but luckily there’s a lot of good guys here to pitch in and get us to the line every time. Anyway, it was a statement ride for Kenny and a really awesome night.” 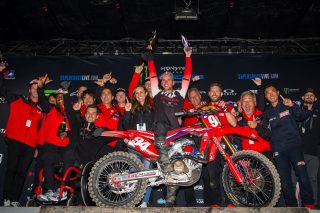 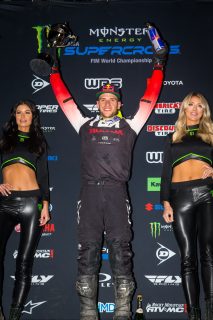 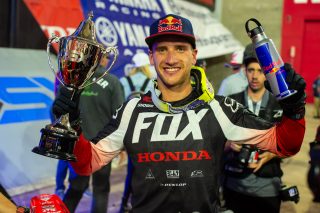 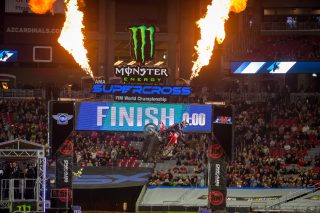 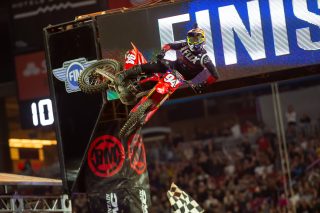 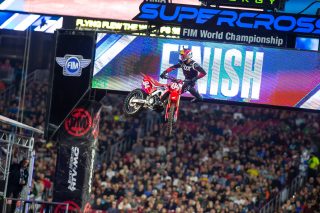 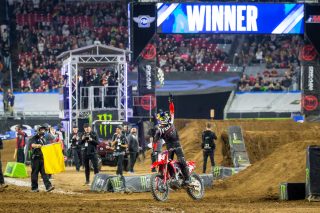 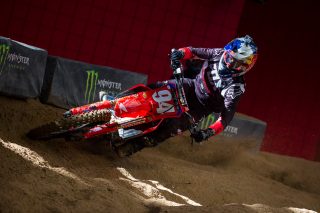 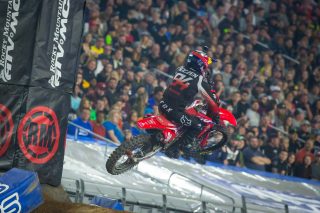 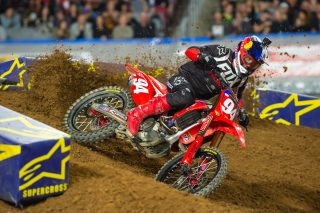 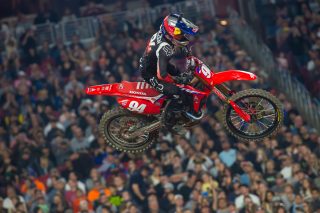 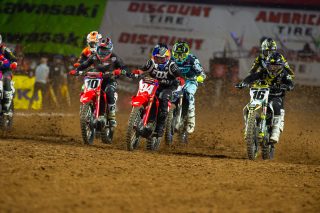 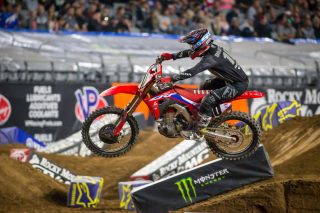 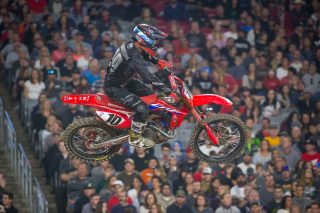 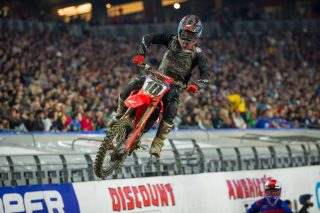 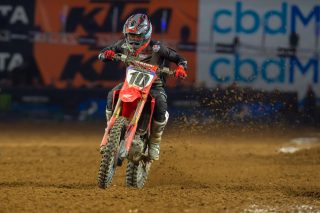 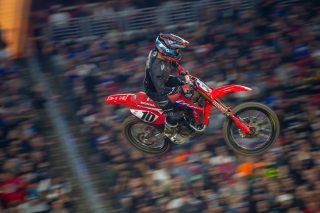 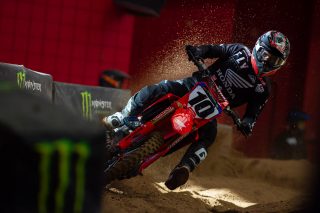 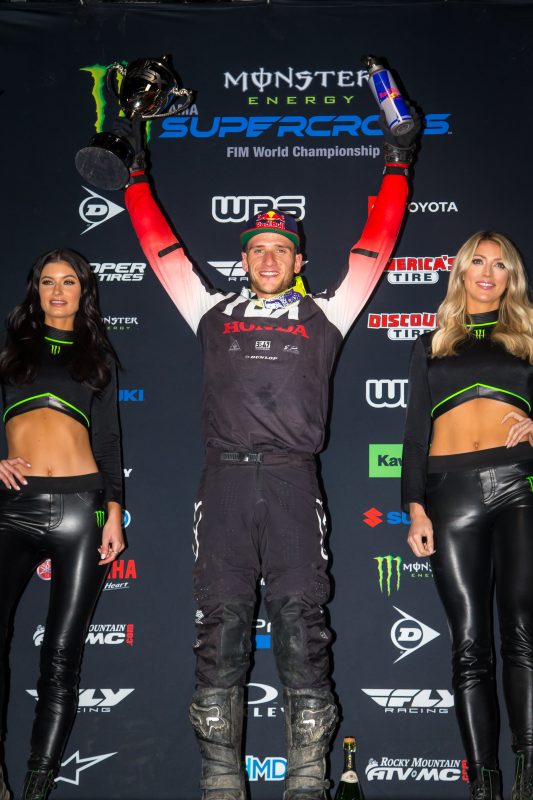