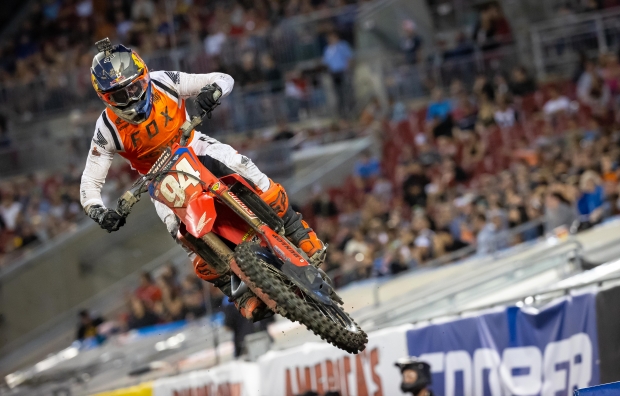 The 2020 AMA Supercross series’ seventh round and its first trip to the East Coast saw a return to the podium for Team Honda HRC’s Ken Roczen, who took a heat-race win before charging to a third-place finish in Tampa, Florida’s Raymond James Stadium.

Unable to replicate the strong starts that led to his early season success, Roczen struggled off the line in the main event and had to rely on well-timed passes to close in on the frontrunners. A mid-race fall hindered progress but didn’t deter the German; after losing the front on the backside of a triple while chasing down Cooper Webb, Roczen put in a string of consistent laps to get back into podium contention. Following a mistake by Adam Cianciarulo and a pass on Malcolm Stewart, Roczen rode a smart race to bring home his fifth podium result of the season.

Justin Brayton’s race was also marred by a poor start, and though he fought hard to come within striking distance of a top-five finish, the Team Honda HRC rider struggled through the final four laps and settled for ninth place.

“It’s a bummer to lose the points lead but there’s a whole lot of racing left, and overall I’m happy with how my day went. I was pretty consistent throughout the day – I just didn’t get the starts I needed. I lifted my body up too much, so I was a bit deeper in the pack and had to work my way up to the front. Then, ultimately, I tucked the front off the triple, which cost me a lot of time. I’m still happy to be back on the podium. I appreciate being up here because on weekends like last weekend, when I’m far away from it, it’s not so nice. No red plate for right now, but I’ll keep trying to fight back for it and keep a positive mindset. We’ll keep working during the week to get some consistency in and try to be up there from the beginning, because the lead guys were just too far gone by the time we got into fourth or fifth.”

“Up until about four laps to go, it was looking like we could get a top-five finish, but right about then it kind of all unraveled and I ended up in ninth. I’m pretty disappointed with it to be honest. It’s been a challenging week for my family, with everyone kind of having the flu. Now my head has been pounding all day, so it’s been tough to focus. I kind of ran out of gas with four to go, but that’s racing and you end up ninth or 10th. The race was okay up until that, but the reality is that you get judged by your end result and it doesn’t matter how you rode through the middle.”

“The goal has been to be on the podium every week, so it’s great for Kenny to get back up there this weekend. I think we’ve still got some things to work on, as we do every week. His starts weren’t as good as he had earlier this season, so we need to work on that a little bit. It’s a long season, so we’ve got to keep with that goal of being on the podium. It’s going to be a long series, so anything can happen.”

“It was a different night. We wanted the win and we wanted to extend the points lead, rather than give it up, but this is still a step in the right direction after San Diego. For where we were in the opening part of the main – and to have taken a fall – to still come out with a podium and only get beat by a few points, I think we can walk away with a few positives from the day. There’s still a lot of racing left, so we’ll just keep getting after it. We just have to get our starts back; they haven’t been the greatest these past two or three weekends, so we’ve got to fix that.” 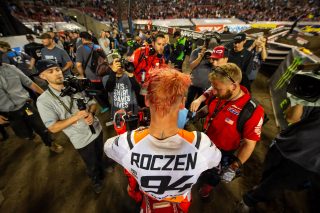 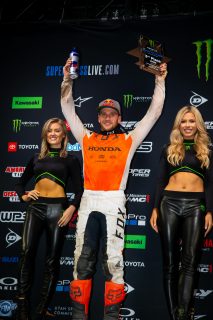 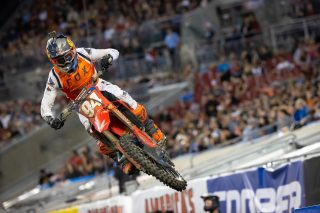 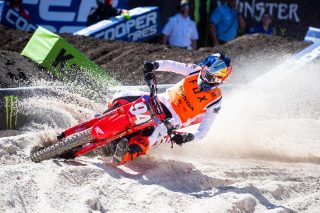 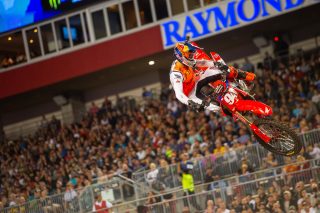 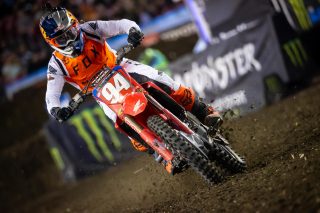 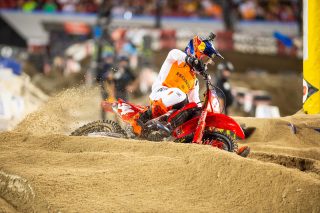 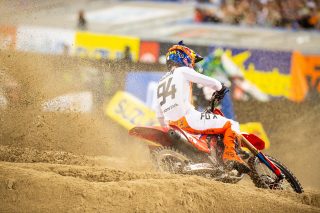 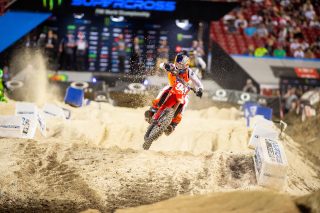 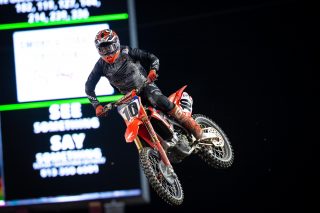 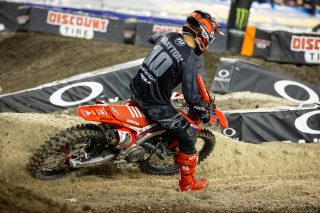 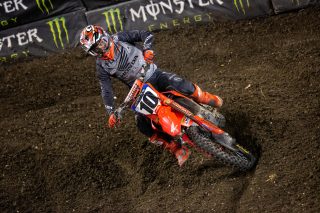 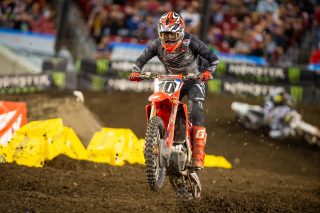 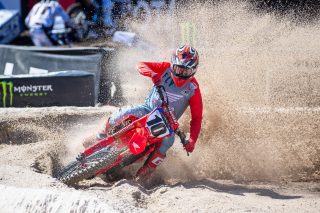 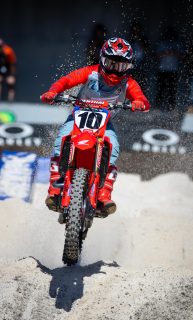 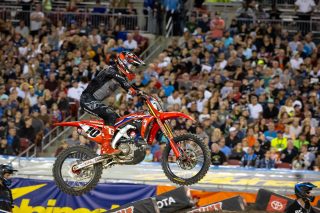 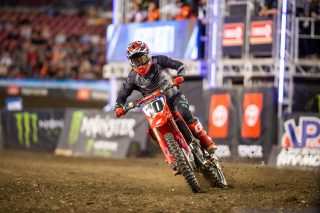 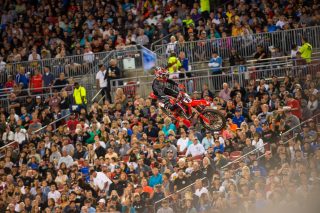 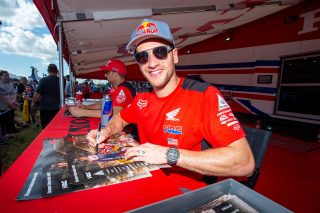 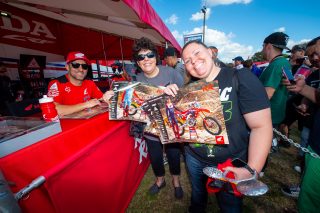 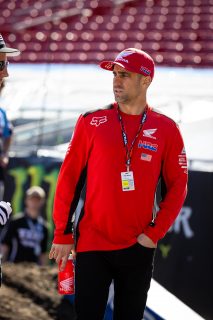 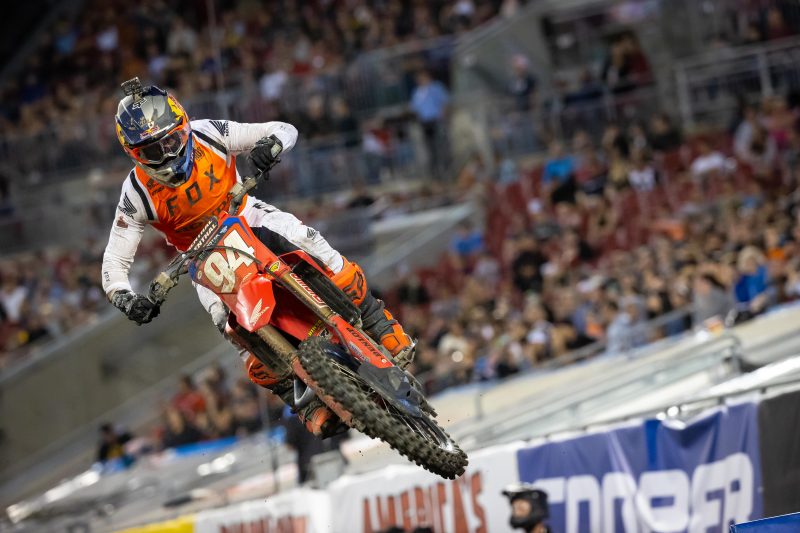