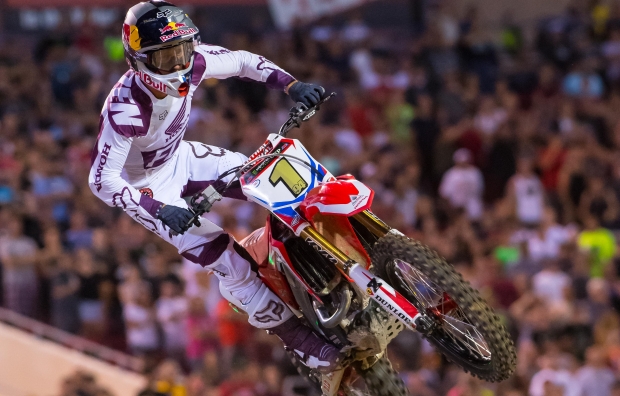 The 2016 Monster Energy Cup proved to be an exciting night of racing for Team Honda HRC, and although the overall results didn’t turn out as hoped, the squad was pleased with Ken Roczen’s and Cole Seely’s performances and is looking forward to the upcoming 2017 season.

Making his debut ride with the factory Honda squad, Roczen was a force to be reckoned with aboard the all-new 2017 CRF450R. When the gate dropped for the evening’s first of three races, the German scored the holeshot and led unchallenged to the checkered flag for a win. The second race looked as though it would be a repeat performance, but a mistake at the halfway point resulted in Roczen hitting the ground hard. Although unharmed in the crash, he was not able to remount and finish. In the final race of the night, Roczen returned to the line wanting redemption, which is exactly what he got. After taking over the lead, he never looked back and once again rode to a convincing win.

Seely also had a solid showing during his first race back from injury, finishing fourth overall with 6-5-6 results. While speeding down the elevated start straight in race one, Seely got tangled with another rider and was shuffled back to eighth. He worked his way into fifth but relinquished one spot when he took the Joker Lane on the final lap. Seely got a mid-pack start in the second race and ultimately took the checkered flag in fifth. During the last race, the No. 14 machine scored a fourth-place start and ran near the front before falling back to sixth, which is where he finished.

THE FOCUS: Working as a Team

Although the night was a positive one overall for Team Honda HRC, it wasn’t without challenges. When Roczen went down hard in a rhythm section during race two, his bike was bent up enough that a number of technicians needed to work together in order to complete the repairs before the third main. In such situations, it is imperative that everyone work methodically and in a coordinated way, which is exactly what the crew did to get the No. 94 machine back on the track.

“We’re all here for a common goal,” explained team manager Dan Betley. “We had a lot of people here tonight but everyone knows their role and what they should be doing, not only throughout the day but in stressful situations. There’s a lot of experience on this team and everyone works well together so when problems arise, they’re quickly handled. We had a few little problems tonight and everyone came together to get that bike going for Kenny and get him back on the line for the last race. It was good to work with the new bike at a race like this before the season starts, and I can’t say enough about my guys. I’m pumped with our team structure right now, so I can’t wait for 2017.”

Since we have a new bike and a new team, I thought it would be a good idea to come race here and get a feel for everything. The bike is great, so it’s been very easy to set everything up the way I like it, and the good thing is we haven’t really done all our big testing yet. We ended up having a good day overall. I grabbed the holeshot and pretty much checked out, which was absolutely amazing. We went into the second race and didn’t get a great jump out of the gate but snuck around the inside and I was able to get into the lead pretty quick. I was riding good but made a big error and got ejected from the bike. I’m glad that everything is okay and I have no injuries. I DNF that one but wanted to get out there to win the last race but do it safely. I made the pass on [Mike] Alessi a few laps in and just tried not to crash; the track was really sketchy and the wind made for bad conditions. Overall it was a great debut with the new team and the new bike, so we’re ready to do work now and come out swinging at Anaheim.

All in all it was a good night for us, with Ken Roczen winning two out of three main events. It was unfortunate that he made a mistake that cost him the win in the second race, but he rode great all night. It was also a good night for Cole Seely, as this was his first race back after his injury during motocross. The bike also performed very well and we were able to identify the areas that we need to work on so we will be ready for A1! 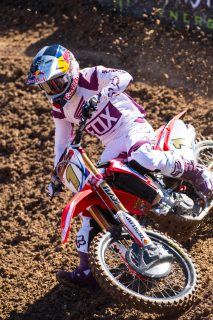 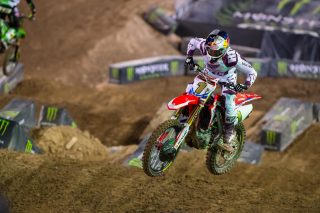 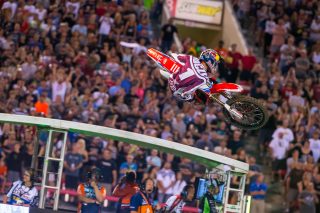 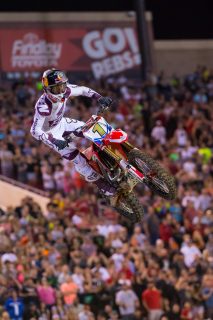 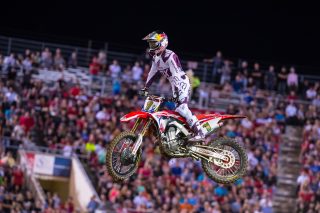 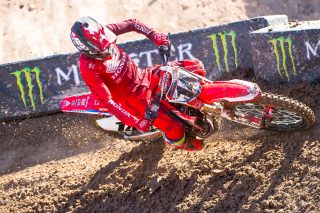 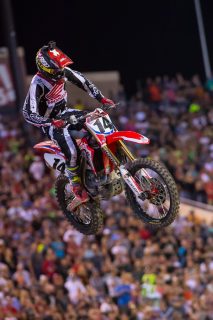 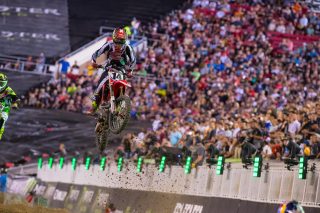 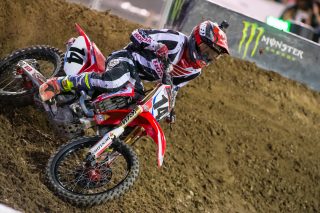 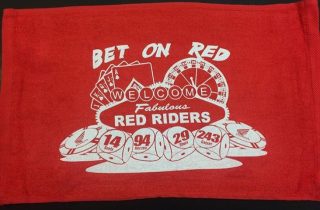 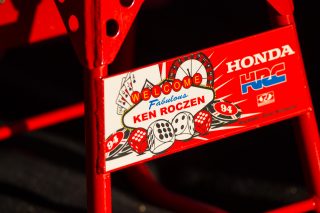 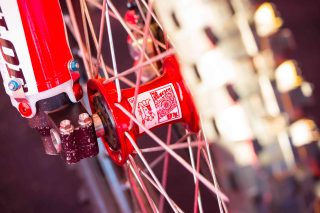 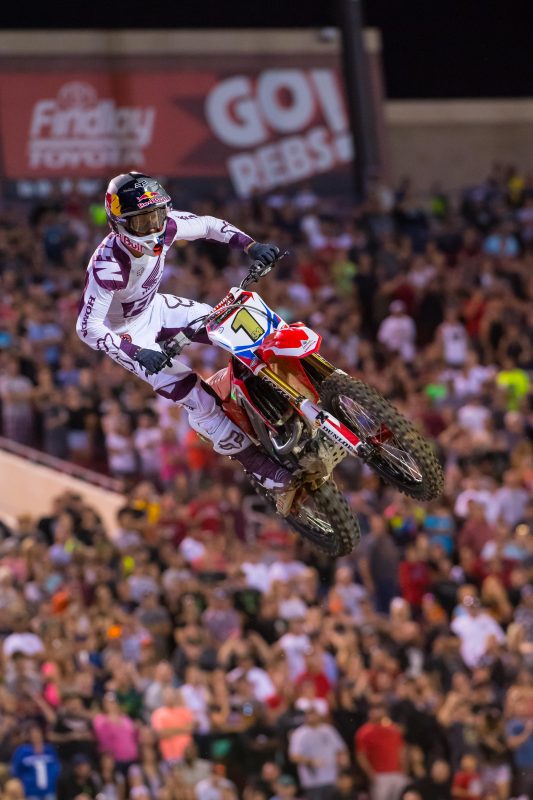