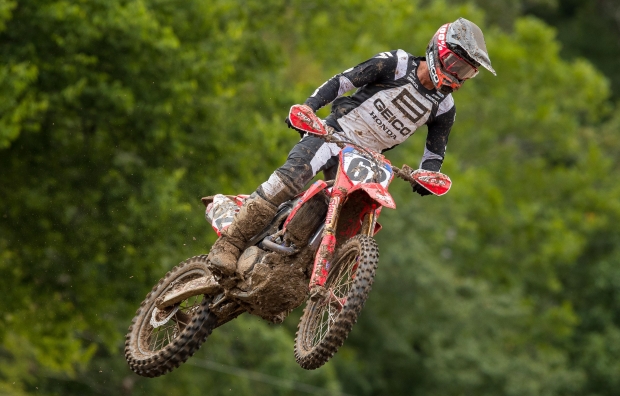 Round 2 of the AMA Pro Motocross Championship experienced heavy rain, which created muddy conditions for its second race in a row at Loretta Lynn’s Ranch in Hurricane Mills, Tennessee. It was an up-and-down day for Team Honda HRC, with Christian Craig posting a sixth-place overall result, while teammate Chase Sexton wasn’t able to ride to his potential in the second 450MX moto and finished 13th overall.

Craig charged the tough track conditions in the first moto, running in the top three before suffering a series of falls that eventually landed him in 10th. He showed good speed in the second outing, battling to a sixth-place finish and earning that position overall. Meanwhile, Sexton enjoyed a decent start in the first moto, completing lap one in third place. He then advanced to second, butl a crash put him in sixth at the finish. Moto two saw Sexton held up after a fall in the first turn, but he gained momentum and moved up to 15th place before experiencing mechanical issues on the last lap and netting a 20th-place finish for 13th overall, and ready to apply the lessons learned.

“My day started off really good. I was able to qualify ninth, which was better than last week. I felt good on the bike and we made some improvements during the week, so I was pretty happy going into the first moto. It rained before that and was pretty sloppy, but I had a decent start. I was fifth or sixth and then passed up to third and was pretty much riding on my own around there for a while. I ended up tipping over, got stuck there for a bit and that was kind of the end of that. I fell three more times, just little tip-overs that took a lot out of me. Somehow, I still got 10th with four falls. In the second moto I still got a pretty decent start and made some quick passes. I got up to sixth, battled with a couple good guys and ended up sixth overall, which was pretty good. It was one of my best results on the 450 overall, so I can’t complain even with with how muddy it was. I was happy with my riding in the second moto. It’s good to get a decent result and have something to build on for next week.”

“Today was an up-and-down day. It was pretty muddy from the rain the days before. In the only practice we got, I qualified sixth. I had a little bit of a get-off, but we were all good. In the first moto, I got a great start and was running second. I went down a couple times, putting me back to 11th, and then I made my way back up to sixth at the end--overall, not too bad of a first moto. Going into the second moto, I picked a gate that I thought was good, but I couldn’t see the bottom of it--the gate was full of water. It ended up being a big hole and I sunk, so I didn’t get that great of a start. I made my way up but ended up getting stuck for a lap. After that I was just trying to get back up as many positions as I could and got all the way back up to 13th. On the last lap my bike malfunctioned though, so it was a little bit of a rough day for me. I obviously wanted more, but we’re just trying to learn this year. Going to Indiana, one of my favorite tracks, I’ll try to get on the podium; I look forward to getting back to work this week and coming back swinging in Crawfordsville.”

“It was a much better round two for Christian. The track and conditions were pretty brutal, but he was able to manage well, running in the top three for much of the first moto. A couple falls affected the final score, but still a good day in some tough conditions. Hopefully we can get back to a dry track next weekend and keep progressing.” 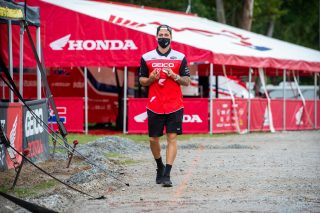 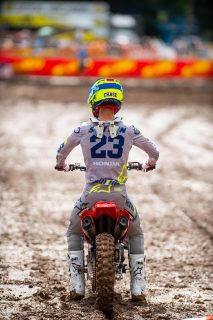 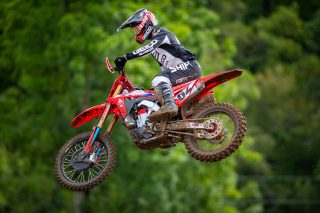 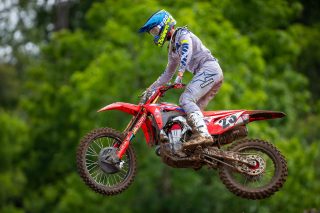 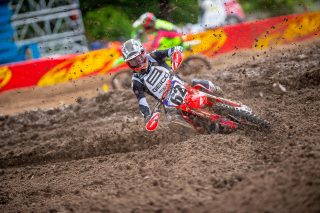 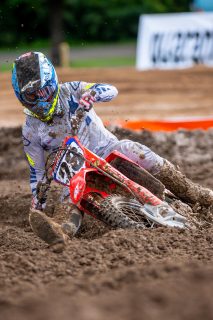 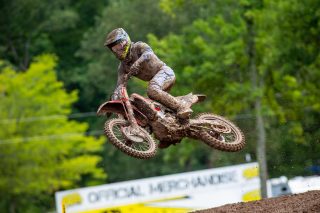 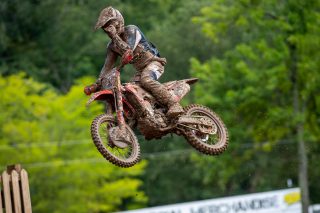 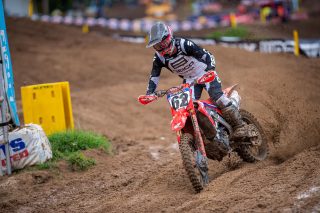 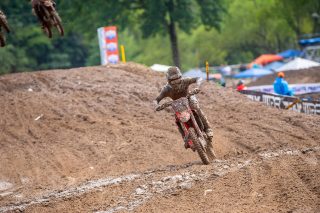 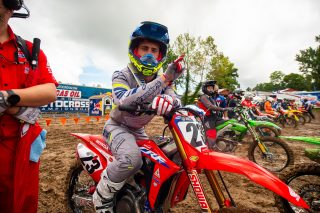 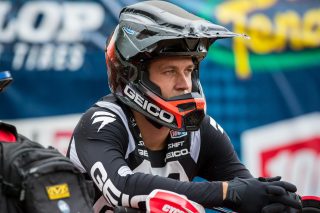 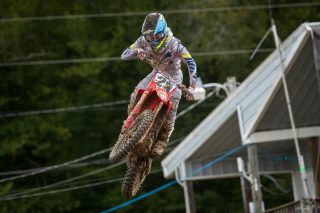 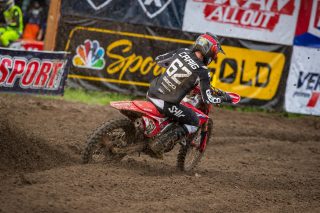 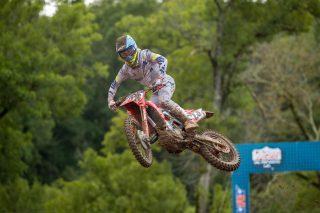 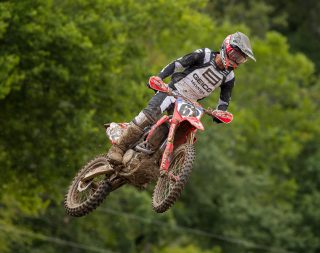 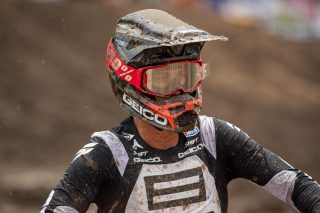 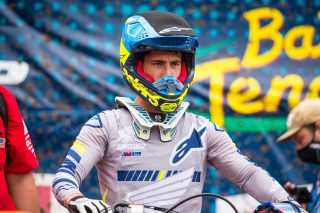 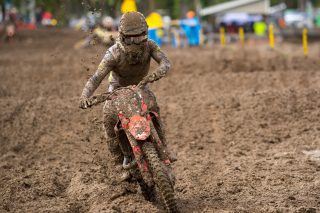 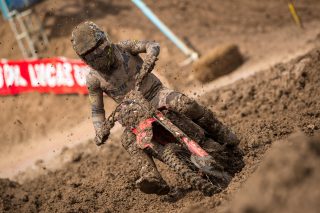 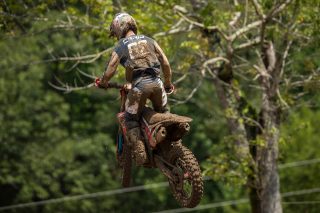 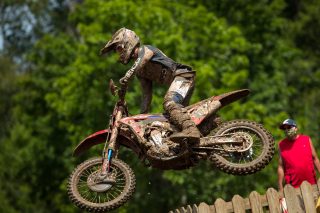 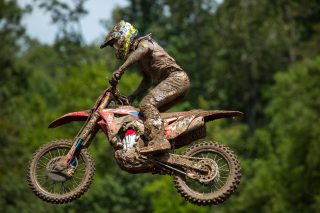 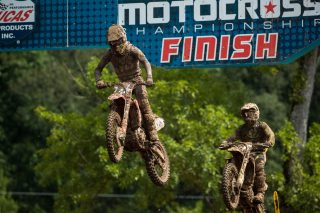 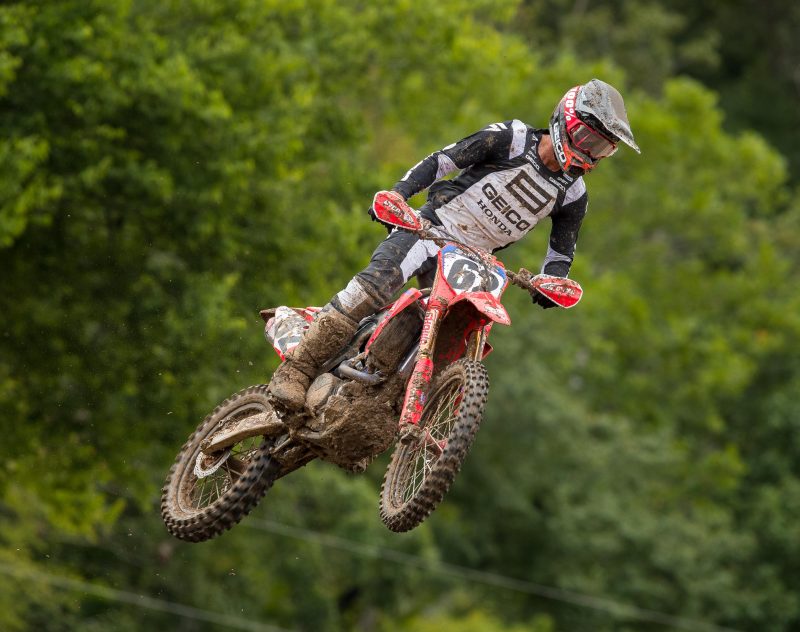