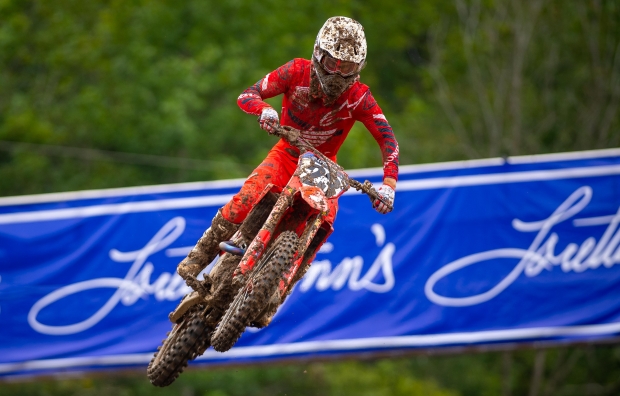 After a COVID-19-related delay, the 2020 AMA Pro Motocross series kicked off this weekend at Loretta Lynn’s Ranch in Hurricane Mills, Tennessee, where Team Honda HRC’s Chase Sexton made his premier-class debut, qualifying fastest and finishing eighth overall via a 13-3 moto tally. Sexton battled for the lead in both motos, running as high as third in the first outing before falls eventually set him back to 13th. He proved his speed in moto two, battling at the front and finishing on the podium, for eighth overall.

Christian Craig was thwarted by poor starts and a hard moto-two crash. He finished 14th in both races for the same position overall.

"This weekend was pretty good. I qualified first, which was a good confidence booster. In the first moto I came from 11th to third on the first lap and then I ran up there for probably half the race. I ended up going down and then from there on it kind of just went downhill; I fell about four or five times, so definitely not a great moto, but I showed I had a good speed. In the second moto I had a good start and was running third. Then Adam [Cianciurulo] fell, and I got into second but kind of got freight-trained by Eli [Tomac], [Jason] Anderson and [Marvin] Musquin. I just got on the back of those guys and made a run, getting Anderson and Musquin back which was good, and ended up third. I went 13-3 for eighth, but overall I showed really good speed and I'm happy with how it went."

"The weekend started off pretty good when I qualified 10th. The track was super muddy in the beginning. I went into the first moto pretty confident in myself, but unfortunately I got off to a bad start and had to make my way through the pack. It was already pretty hot out there, so it took a lot of my energy to get up to where I was. Unfortunately, that was only 14th, but I went into the second moto refueled and ready to go. I had a better start and was making passes early on, but me and another rider got together and we both went down. Then when I was getting up I got hit by another rider. It was nobody’s fault, just an unfortunate mishap on both of our parts. After that I just wanted to salvage what I could, and I came back to 14th again. My goals are to be inside the top 10, so we’ll try again here next weekend.

"I think it was a solid day for Chase. He rode really hard and went from about 11th to fourth in a couple laps. I think he put out too much effort in the first part of that race; his nerves got to him and he hit the ground a few times. In the second moto he had a way better start and rode to his full capabilities. I think he learned a lot from the experience today, coming to grips with the 450. Christian’s starts hurt him today. He was in the back and couldn’t get out of all the mayhem going on back there. He just needs to work on his starts and get better there. We’ll work with the guys and come back stronger next weekend.”

“The first round here at Loretta’s was a cool experience, just to come to the Ranch. We definitely dealt with some weather making the track pretty rough. This was Christian’s first race with this team this season, and I wasn’t sure where we would fit in. He’s only been on the bike for three days, but he’s been training. We kind of had some bad starts and a couple falls, ended up 14th overall. We’ll go back and do some work this week and try to improve since we get to come back here next weekend.” 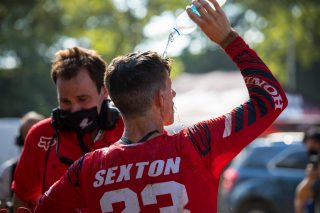 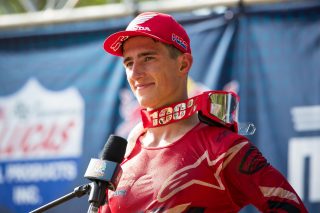 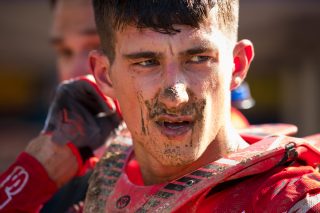 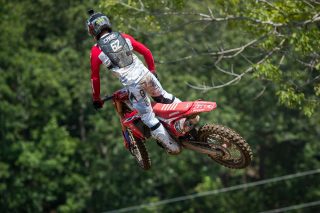 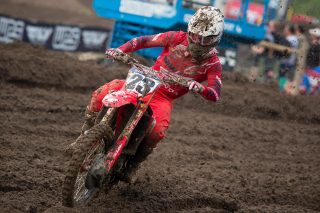 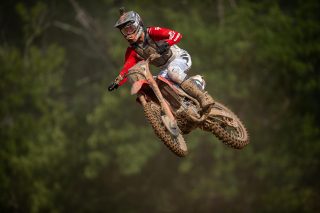 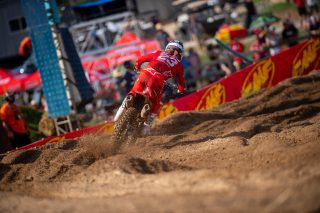 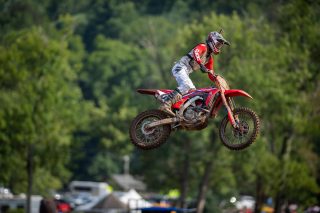 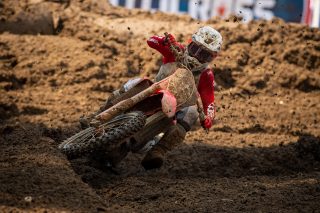 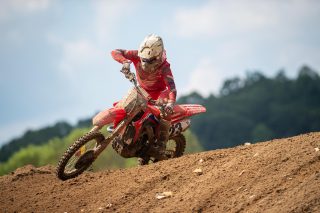 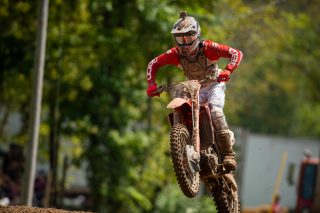 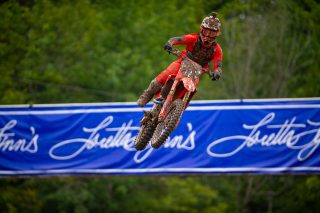 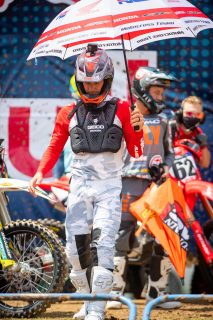 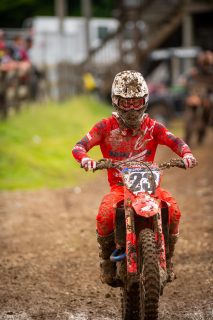 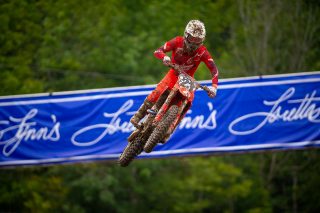 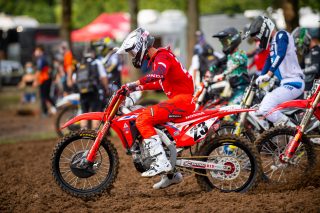 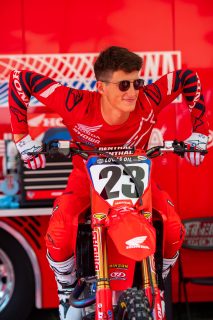 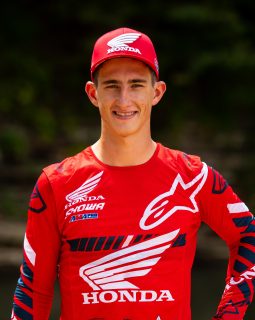 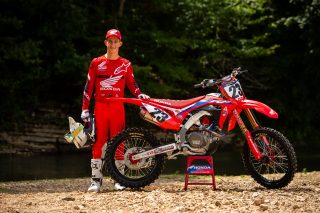 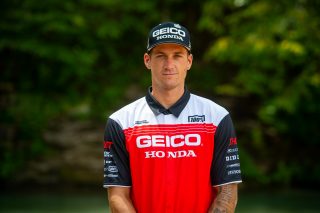 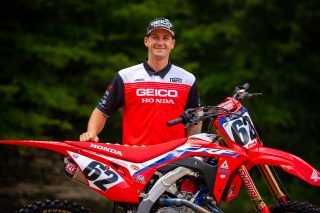 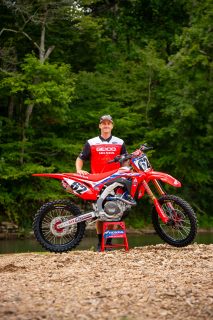 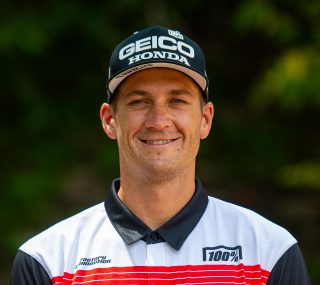 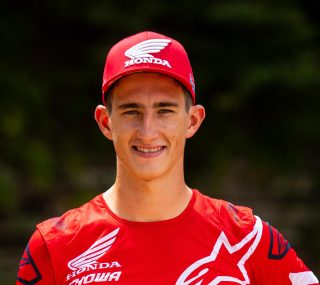 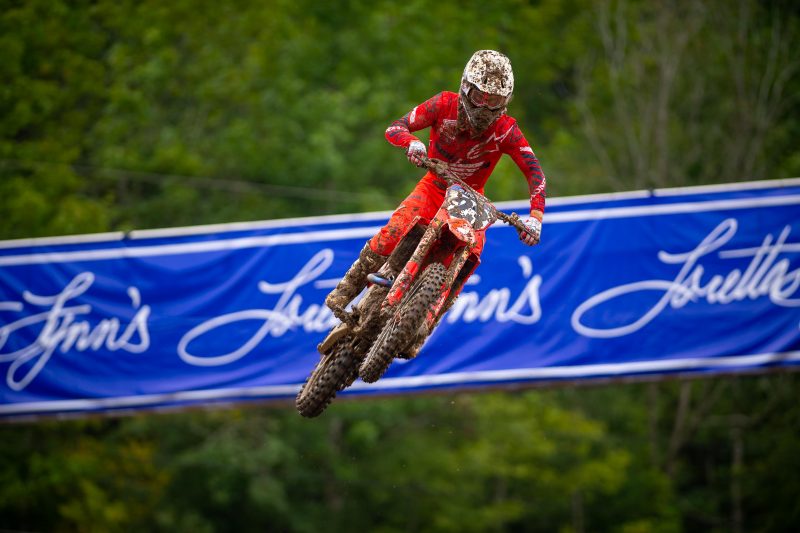