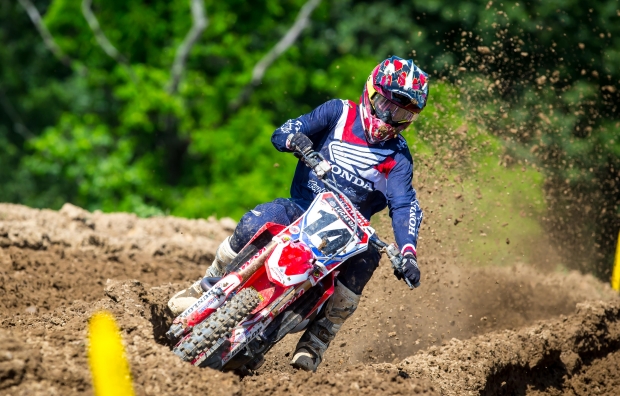 Round four of the AMA Pro Motocross series at High Point Raceway proved a challenge for Team Honda HRC, as Cole Seely struggled to secure 10th overall with 10-8 finishes, while Christian Craig was forced to withdraw early due to lack of strength in his still-healing left hand.

Seely got a decent jump out of the gate in moto 1 but was shuffled toward the middle of the pack around the first turn, completing lap one in 14th place. By lap nine, the California native had worked his way up to eighth. During the closing laps, Seely made a big mistake, almost sending him to the ground and causing him to back off the pace and lose multiple positions. He ultimately took the checkered flag in 10th. During the second race, Seely again started outside the top 10 but quickly began to charge forward. He put together an impressive run, working his way into sixth by the halfway point. During the final three laps, another mistake caused Seely to again lose ground and finish eighth.

Less than three weeks after undergoing left-hand surgery to repair a “boxer break” that was sustained at Glen Helen, Craig returned to action aboard his factory-prepped CRF450R. Unfortunately, the return was short-lived as Craig was sidelined once again after going down in the first moto while running sixth.

Compared to other tracks seen thus far on the calendar, High Point Raceway is much more technical, with a European feel. With deep ruts, constant elevation changes, many off-camber turns and an uphill start, it poses a unique challenge to riders. This year, the track showcased the same elements but in a completely new layout than previously seen.

“I think the new track layout is better than the old one,” Seely said. “I liked the new first turn and a couple of the other changes they made were positive, but there were also a few weird sections. Either way, I’ve never been a huge fan of High Point. I’ve never done well here and always have a hard time finding a flow. It’s definitely a challenging track with all the off-camber turns.”

For many riders and teams, the day’s biggest challenge wasn’t the new layout but instead the overall track conditions, with a number of riders criticizing the preparation.

Today didn’t go as planned, unfortunately. I think I should’ve given myself another week to get more time on the bike and build up strength in my hand. I was able to ride two partial days leading up to the race and press day, but the intensity of the race pace and track conditions made it really hard to hold on. I think the biggest positive is that I started back up front, where I was before the injury. I got a great start in the first moto and was running a good pace before I just couldn’t hang on anymore. I went down before the mechanics’ area and decided to call it a day, to not risk something worse happening. I’ll take it day by day but will be back strong and get better results next week. 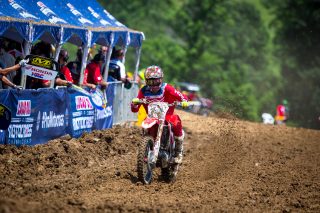 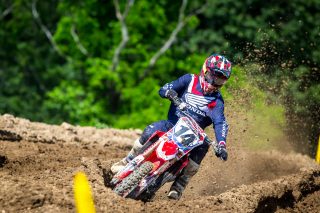 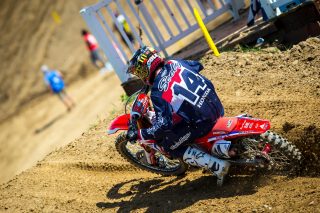 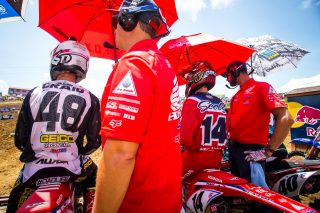 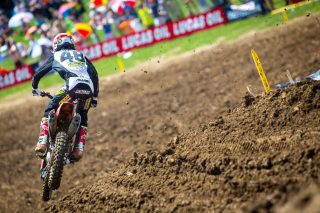 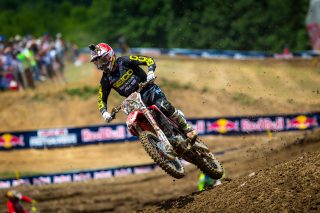 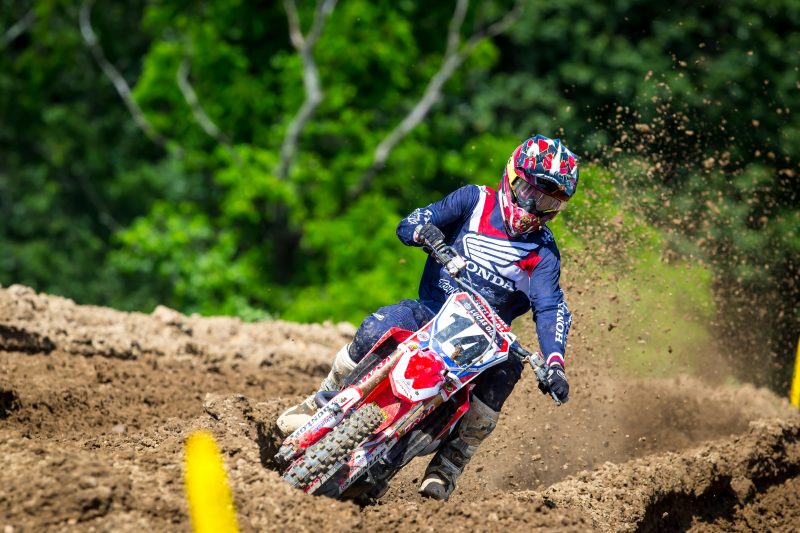