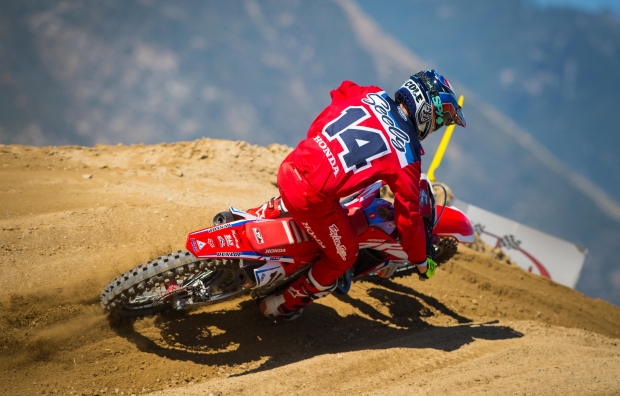 With heavy hearts, Team Honda HRC took part in round two of the AMA Pro Motocross Championship at Glen Helen Raceway in Devore, California, dedicating their efforts to Nicky Hayden, who passed away last Monday. It was a rollercoaster day for the squad. In moto 1, both Cole Seely and Christian Craig grabbed stellar starts aboard their CRF450Rs and were running 2-3 after the first lap. Throughout the remainder of the 30-minute-plus-two-lap race, the two Red Riders battled up front, swapping positions multiple times before Craig took the checkered flag in a career-best fourth position while Seely slipped back to seventh.

In moto two, Craig scored his second holeshot of the season and began setting an impressive pace out front. He maintained the lead for several laps before falling back two spots. While running third at the halfway point, Craig went down before the sand section, injuring his hand and forcing him to the sideline. Meanwhile, Seely had gotten a poor start and was sitting 13th after the completion of the opening lap. He struggled to find his groove during the 15-lap race but still managed to work his way up to eighth by the finish.

THE FOCUS: Tribute to “The Kentucky Kid”

With the loss of Red Bull Honda World Superbike racer Nicky Hayden earlier in the week, there were heavy hearts for crewmembers, riders and fans at Glen Helen. Although all were focused on the racing activities, they took time to remember and celebrate the life of the 2006 MotoGP World Champion. In a show of solidarity, Team Honda HRC wore black ribbon pins on the collars of their crew shirts, while riders showcased Hayden’s signature “69” logo on their gear. For the second week, Cole Seely’s and Christian Craig’s CRF450Rs were adorned with “69” stickers on the front number plates, and the team’s semis were also equipped with new graphics to pay respect.

On display under the Team Honda HRC tent was Hayden’s 2002 AMA Superbike Championship bike, which was also taken to the podium for an official moment of silence during opening ceremonies. During the 250 podium celebration, GEICO Honda’s Jeremy Martin held up a Hayden sticker in place of his champagne bottle, which he refrained from opening.

Glen Helen was pretty positive for me overall. I felt awesome all day and was excited for the day in general and motivated more than ever to show where I belong. In the first moto I got a great start and was running third almost the entire moto until Eli [Tomac] got me. I finished fourth, which is my best finish in a 450 moto. I was pumped with how I rode and where my fitness was. Knowing I’m able to run up front with the best in our sport is a good boost to my confidence. The second moto started out great too. I pulled the holeshot, led four laps, and then was passed by [Blake] Baggett and [Jason] Anderson. They were charging hard but I kept with them for a while. Twenty minutes in, my front end tucked on a jump and I went down hard. I punched the dirt with my hand and ended up getting a ‘boxer break.’ Luckily the break isn't nearly as bad as it could’ve been. I’ll be getting it plated on Monday and hope to be back on the bike within a couple weeks. Although my day ended with an injury, overall I'm pleased with my riding today and happy I was able to put my bike up front. I can't thank the entire team enough for always being positive and supporting me through the good and bad. I’m looking forward to getting back out front! 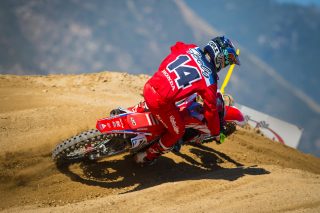 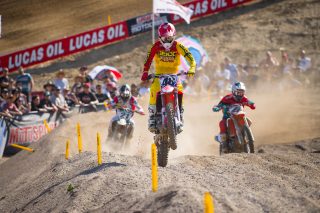 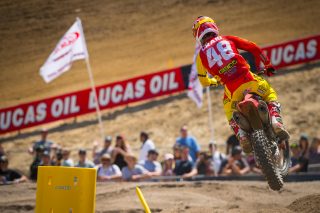 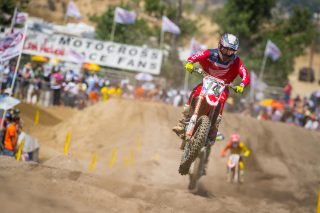 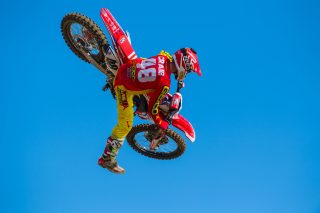 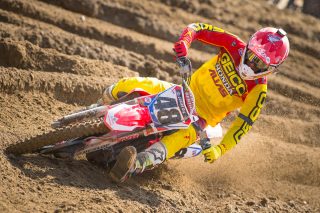 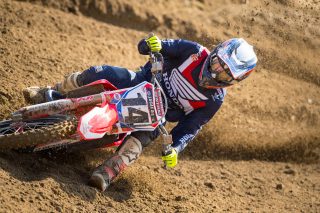 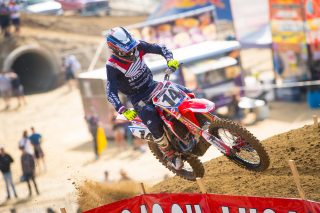 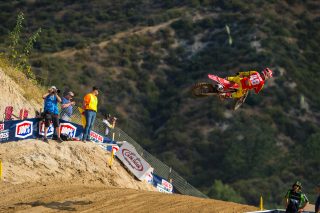 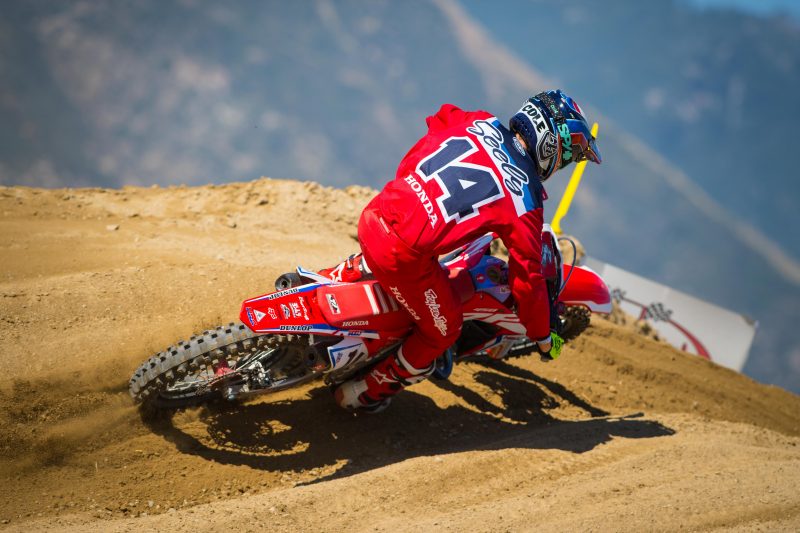