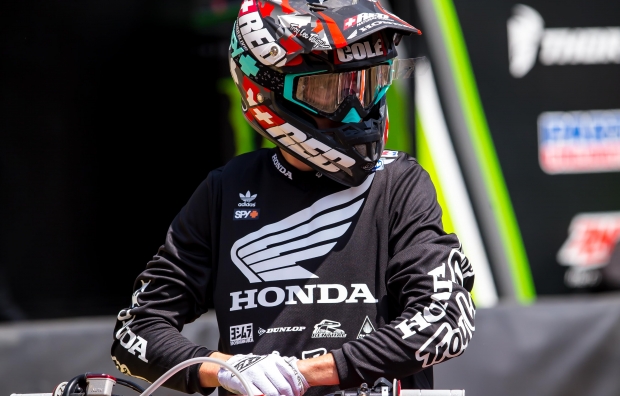 TORRANCE, Calif. (May 4, 2017) – Team Honda HRC’s Cole Seely will be sidelined for this weekend’s Las Vegas Supercross finale following further aggravation to his adductor muscle. After missing two rounds, Seely made his return to racing last weekend in East Rutherford, New Jersey, only to aggravate the injury during the evening’s main event.  Seely and the team have determined that the best course of action is for him not to compete this weekend, in order to provide additional recovery time before shifting focus to the start of the AMA Pro Motocross series. GEICO Honda’s Christian Craig, who posted an 11th place finish while filling in on Team Honda HRC at the Salt Lake City Supercross, will once again ride a factory CRF450R as the squad’s sole rider in Las Vegas. Craig is also slated to campaign the entire outdoor season in the premier class.

“I’m really disappointed that I won’t be racing again this weekend,” Seely said. “After a solid start to the season, it’s definitely a bummer that the end of supercross hasn’t gone as planned. I’m hoping that taking this weekend off will give me the time I need to recover so I can start preparing for motocross.”

“It’s unfortunate that Cole won’t be competing in Las Vegas, but it’s important for us to have him recovered and ready for Hangtown,” said Team Honda HRC manager Dan Betley. “We’re lucky to have such a good partnership with GEICO Honda and are happy they’ve allowed us to put Christian back on the bike for this weekend. He posted a solid result in Salt Lake City, so we’re hoping to build on that and get some momentum going into AMA Pro Motocross.” 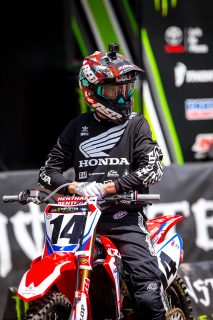 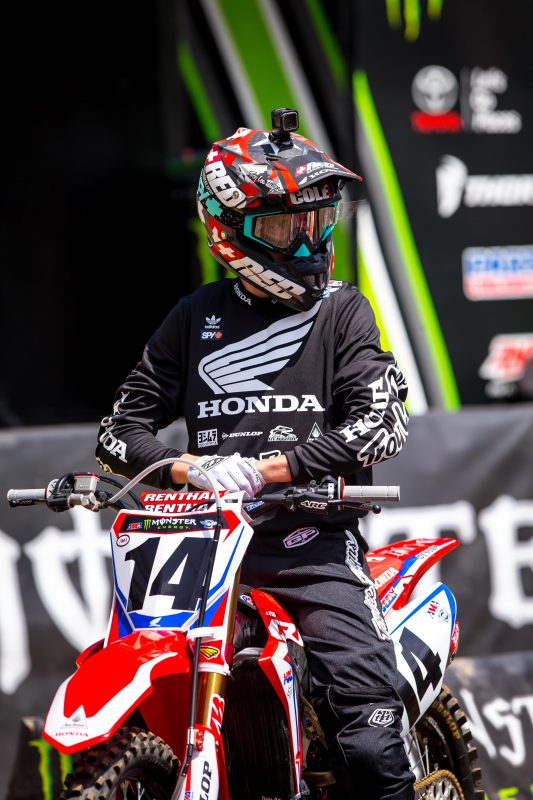