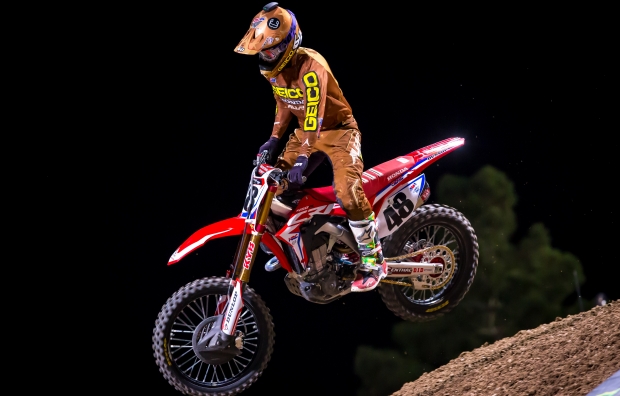 The 2017 AMA Supercross series came to a close for Team Honda HRC at Las Vegas’s Sam Boyd Stadium, with Christian Craig racing to a respectable 11th-place finish while filling in aboard a factory CRF450R. In the final main event of the year, Craig put together a similar performance to his previous appearance with the team (Salt Lake City), getting a poor start but methodically advancing through the pack. By the completion of the 20-minute-plus-one-lap race, he had advanced from nearly last to 11th.

Although Team Honda HRC had hoped for more from the 2017 AMA Supercross series, riders Cole Seely and Christian Craig, along with the entire crew, are eager to turn the page and start a new series fresh.

“I’m really looking forward to the outdoors,” Seely said. “After the way the supercross season ended, it will be nice to start fresh with a new series. I’m hoping to be at 100% so I can really battle and try to build off my finishes from last year. I haven’t been able to do a ton of testing yet because of my injury but I know we have a good base setting thanks to Andrew [Short] helping us. It’ll be cool to see how everything unfolds.”

Craig, who was recruited from GEICO Honda to fill in with the factory squad throughout the summer series, is also looking forward to the new season and is excited for the opportunity. “Now with supercross over, it’s time to fully shift our focus to outdoors,” he said. “I’m excited to have a whole series with the factory Honda team. I’ve been doing quite a bit of testing and so far it’s been going great. We’re definitely going in the right direction. The bike is feeling good, my body is feeling good, so I just need to bring my A-game to the races each weekend.”

I got the call on Wednesday to jump up to the 450 for this weekend. I was excited to get some more time on the bike and with the team prior to outdoors. The day started off a little rough. I was struggling with myself and the bike during qualifying, but luckily it’s just practice and doesn’t mean a whole lot. I just tried to go into the night open-minded. I got into the main event through the semi and felt like I was riding good. Unfortunately, I got another terrible start in the main. You can’t start that far back and expect to do very well. I just put my head down, charged as hard as I could, made some great passes, and put myself in a decent position. I wanted top 10 again and just missed it with 11th, but I’d say this ride compared to Salt Lake City was better because I was moving forward and had some intensity. Overall an okay night but I want to do better and know I am capable of better. 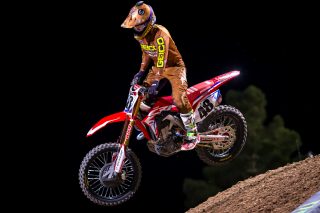 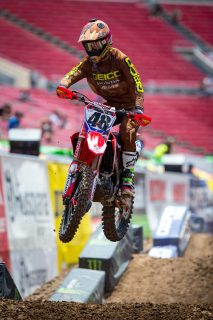 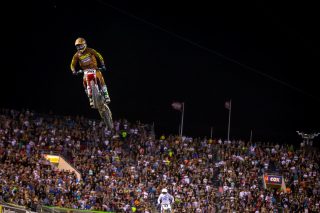 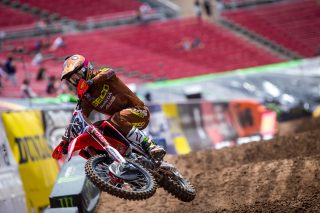 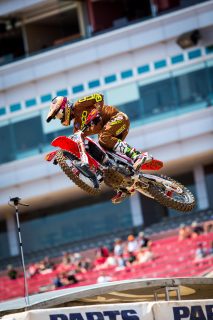 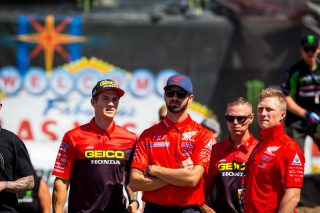 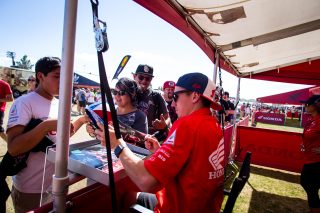 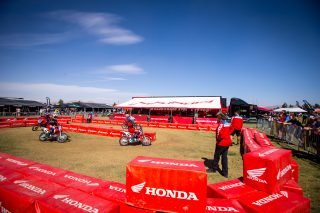 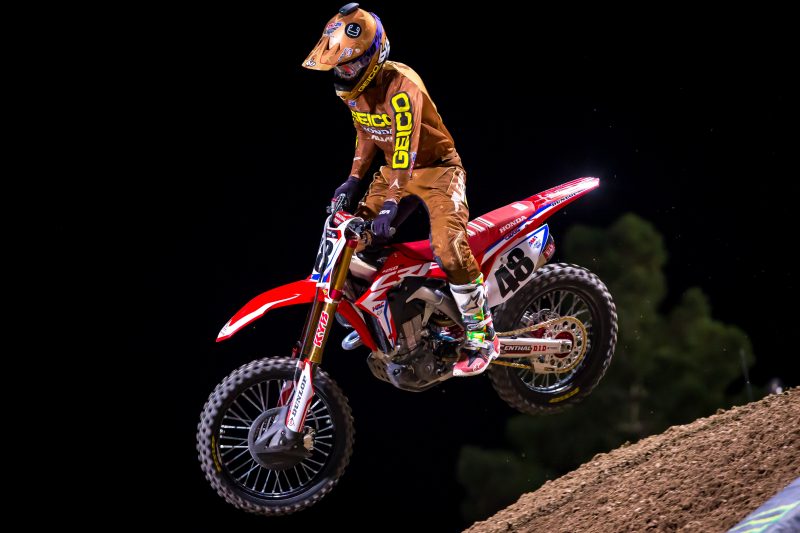