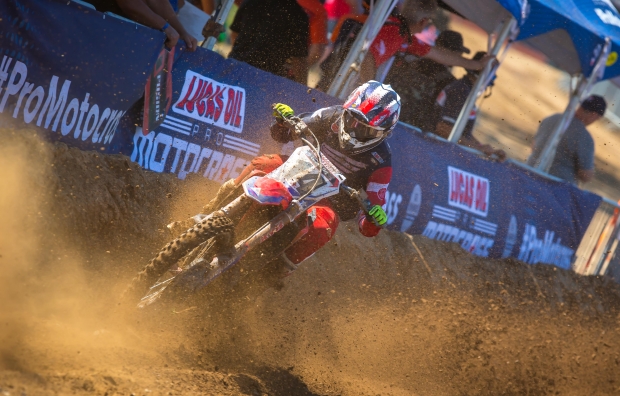 In front of a massive Independence Day Weekend crowd at the renowned RedBud National in Buchanan, Michigan, for round six of the AMA Pro Motocross Championship, Team Honda HRC’s Cole Seely rode to a solid seventh-overall result with 6-9 marks, while teammate Christian Craig returned to action by posting 5-12 finishes for 11th overall.

When the gate dropped on moto 1, Craig launched his CRF450R with the holeshot and early lead. Seely also got off to a good start, sitting fourth after the opening lap. Craig fought hard to maintain the lead position but was unable to hold off the onslaught, falling to fifth on lap five, which is where he finished. While running fourth, Seely made a mistake and went down, losing multiple positions. He quickly remounted in eighth and was able to work his way back up to sixth by the checkered flag. In moto two, both Seely and Craig had their work cut out for them after poor starts left them at the back of the pack. Throughout the 30-minute-plus-two-lap race, the Red Riders worked their way into ninth and 12th, respectively.

THE FOCUS: Celebrating 25 Years of Graphics

“We decided what better way to celebrate than to have a display at RedBud,” said Throttle Jockey co-owner Matt Davis, whose company is based 100 miles south in Kokomo, Indiana. “The first bike was the 1992 Peak Antifreeze Pro Circuit Honda that Jeremy McGrath won his 125cc supercross championship on. That was our first year as a brand and the first major team that we worked with. Then the first year we did graphics for the factory Honda team was 1995, so we had a replica of Jeremy McGrath’s 1-800-COLLECT CR250, which he won the 250cc championship on that year. We also had Ezra Lusk’s 2001 CR250 Jurassic Park 3 movie-promotion bike, which was only raced one day by Lusk, at the 2001 RedBud round. That day at RedBud, the team actually had one of those cardboard movie-theater displays, which they ended up giving to us that day. We’ve kept it all these years and had it with the bike on display today.”

It was a decent day after a couple weeks off with a broken hand, so I’m glad to be back at the races. Qualifying went okay and I tried to go into the motos open-minded. I wanted to come back where I left off at Glen Helen, potentially in a podium position. I got the holeshot, which was awesome; my starts have been on point this whole season. I led some laps but then tightened up and got arm pump around lap five or six. I stayed in fourth most of the race and just focused on clicking off consistent laps but unfortunately, Blake [Baggett] got me toward the end so I finished fifth. I felt good though. In moto two, I flinched at the gate and got a terrible start. I focused on making some quick passes early in the race but once I got into 13th, I was kind of alone most of the time. I made a few more passes toward the end but I just didn’t have a lot left in the tank after the first moto. Overall, I’m happy with the first moto, so we’ll build on that and work on getting stronger in the second moto. 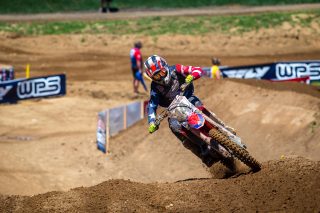 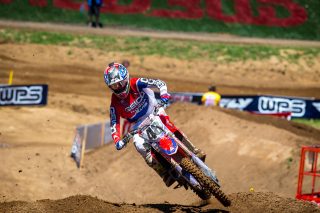 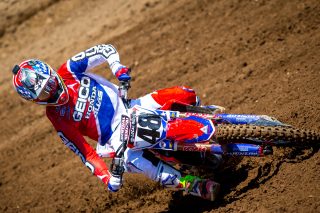 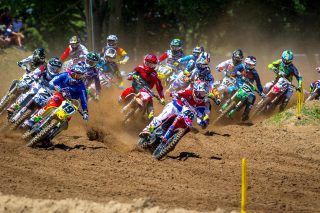 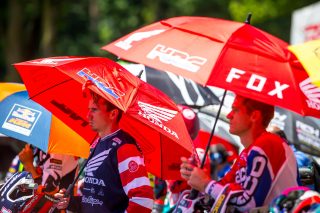 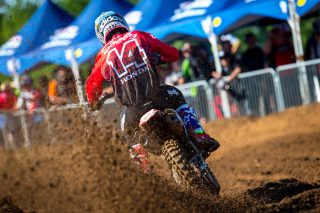 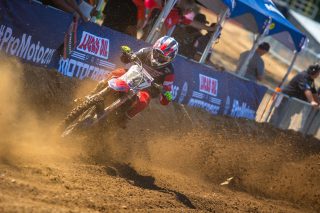 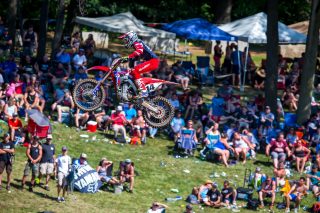 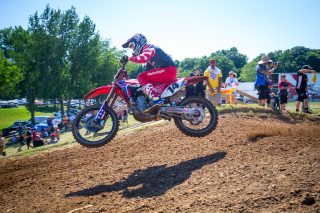 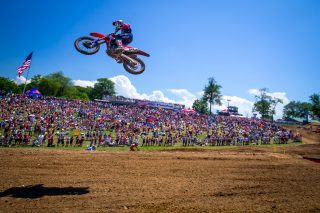 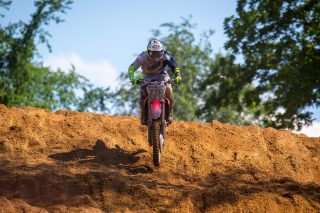 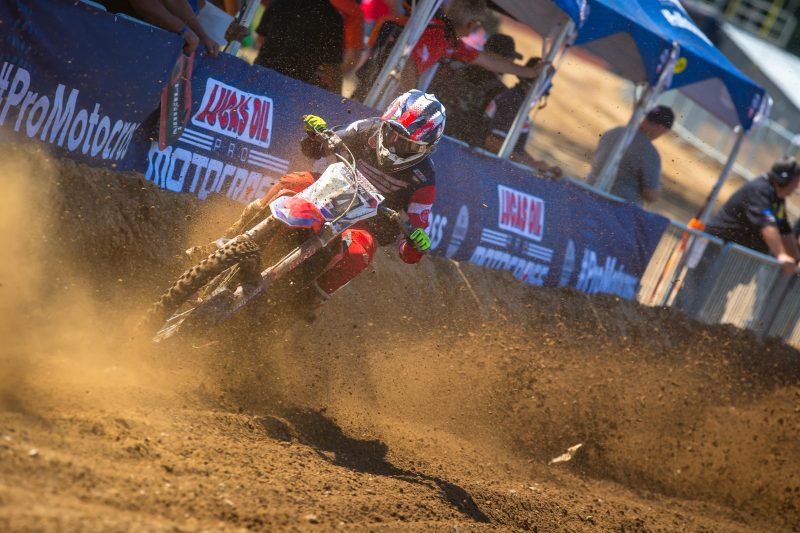