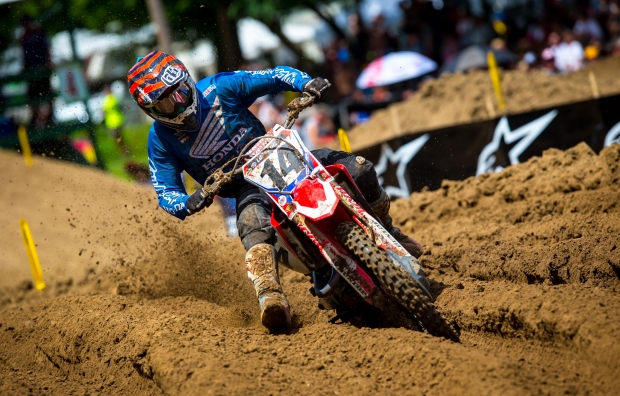 When the gate dropped in moto one, Seely and Craig launched their CRF450Rs to top-10 starts. By the second lap, the two had worked their way into fourth and fifth, respectively. Throughout the remainder of the race, Craig and Seely struggled to maintain their momentum on the challenging track, falling back to seventh and eighth by the checkered flag. In moto two, Seely got another decent start but went down on the first lap, relegating him to 16th. He swiftly began maneuvering through the field, moving into fifth by lap 10. With three laps remaining, Seely fell one spot into sixth, which is where he finished. Meanwhile, Craig started the race in 12th and had moved into sixth by the halfway point before relinquishing one position in the closing laps to finish seventh.

THE FOCUS: Helping the Helpers

Earlier this season, Team Honda HRC collaborated with Road 2 Recovery to put together a once-in-a-lifetime eBay auction experience to benefit the Alpinestars Mobile Medical Center. The package included the team’s Above and Beyond Impact Award from the 2017 Supercross season, tickets to a race of the winner’s choice, and a full behind-the-scenes look into race day. After 10 days online, the package sold to Brian Anderson for $2,750. On Saturday at Spring Creek, Team Honda HRC was pleased to host Brian, his son Lane, daughter-in-law Jenna Wolfe, and two friends. The group received a tour of Honda’s technical and hospitality trucks before having lunch with the team and meeting Cole Seely and Christian Craig. Before the day’s motos got underway, the group had the opportunity to tour the Alpinestars Mobile Medical unit, which is when American Honda presented the doctors with a check from Road 2 Recovery.

“We saw the auction through Road to Recovery go up and knew we had to bid on the package, as we love the sport of motocross racing and also knew the money we spent would be donated to help out injured riders,” Jenna said. “It was a win-win for us. We got to help those riders in need get the doctors’ services right on the track, and then we got to attend the races and meet some awesome people and riders. We also received quite a few amazing souvenirs! It was awesome to see what all goes into the setup and take-down and everyone involved before and after each race. Lane, my fiancé, grew up racing [beginning at age 4], so he has had the love for the sport since then and got me into it about five years ago. I’ve now fallen in love with the sport too. We don’t miss watching any race on TV, and at some point hope to make it to every National. The whole team was so nice and we really had the most amazing experience.”

Today started off pretty good. I’ve ridden here quite a bit when I lived in Minnesota for a couple years, so I knew what I was getting myself into. The track was muddy for practice but I just got out front and put down some solid lap times and actually qualified second, so I was pretty happy with that. I know my speed is there and I know I belong up front, so I just went into the motos open-minded. I got a pretty decent start in the first moto and was running fourth for a while before losing a few spots. Cole and I were battling back and forth most the race, passing each other two times before I was able to get by him with two laps left. I ended up seventh. I just tried to do the same thing in the second moto. I got an okay start and just rode my way through the pack. I was able to make some good passes toward the end for seventh again. I actually went 7-7 for ninth overall, which is a bummer, but oh well. I put in two solid motos and we’re moving forward to Washougal. 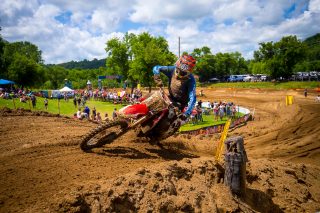 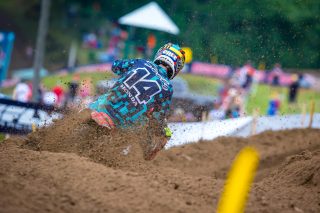 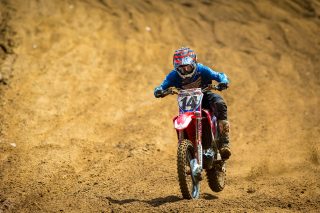 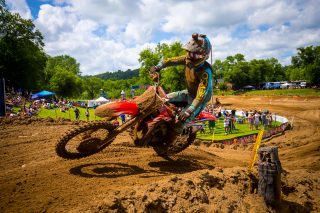 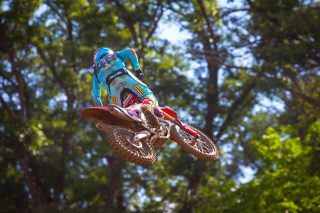 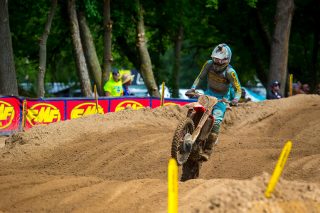 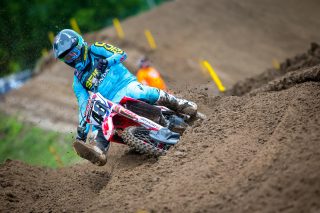 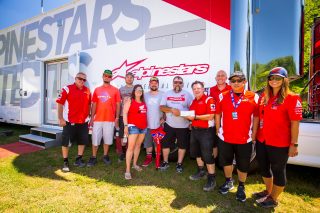 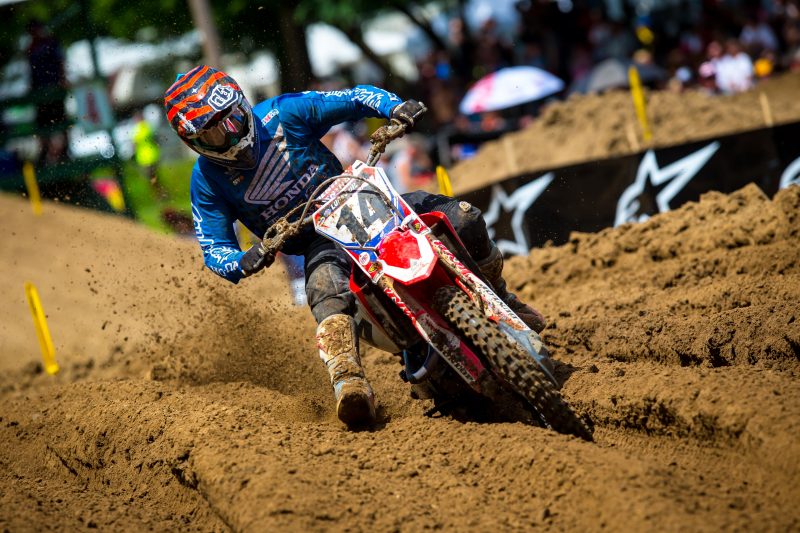