Round 5 of the AMA Supercross series in Glendale, Arizona, proved difficult for Team Honda HRC, as Cole Seely finished the night in eighth position. Following a top-five start in the main event, the Californian made quick work of the riders in front of him, moving into third by lap three. It looked as though he was setting himself up for solid podium finish until a mishap on the next lap caused him to fall to ninth. Seely fought to move back toward the front, but eighth was the best he could manage.

For the second weekend in a row, Trey Canard did not take part in the event as he continues to nurse an injured right hand. After he attempted to ride during Thursday’s press day, it was determined that he still did not have 100% strength to compete.

With help from the Pediatric Brain Tumor Foundation and Ride for Kids, for which Honda is the presenting sponsor, Team Honda HRC was given a special opportunity to visit the Phoenix Children’s Hospital on Friday before the race. During the visit, Trey Canard, Cole Seely and team manager Dan Betley spent time in the oncology playroom, hanging out with a group of young patients. The riders autographed posters for each of the children and handed out Honda gift bags, each of which included a T-shirt, beanie and stickers.

“Going to the Children’s hospital was awesome,” Canard said. “Just seeing kids who don’t know anything about racing, but they’re excited to see you and have visitors. It’s just a really neat thing to see those families and kids light up.”

“It was an awesome experience getting to go to the hospital and visit the kids,” echoed Betley, who had made it a point to join the riders for the visit. “It was great for everybody, but speaking for myself, I think I got more out of it than the kids did. It just tears your heart apart seeing children fighting a terrible disease like that, but if Trey and Cole can make a small part of their day more enjoyable, then it’s worth it.” 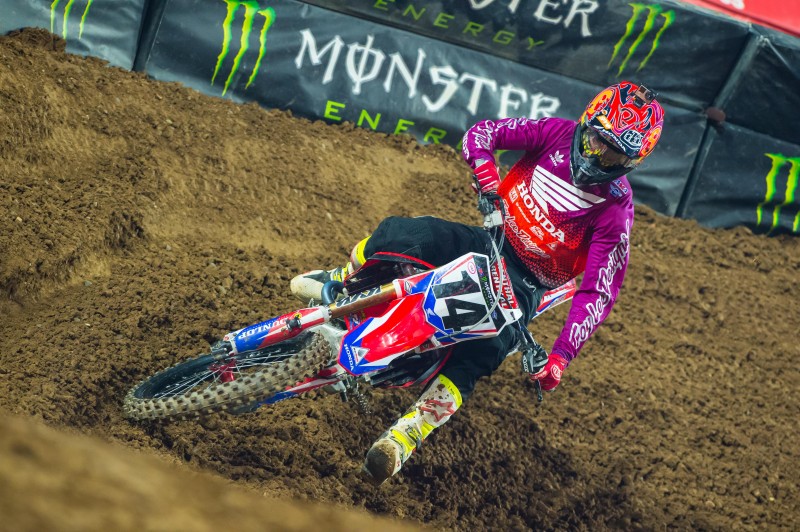