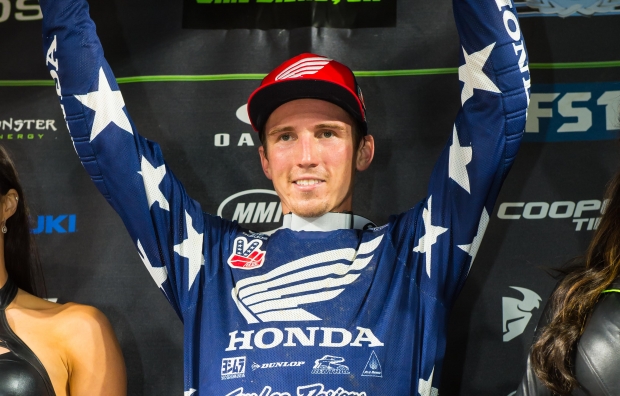 It was a solid night for Team Honda HRC at the AMA Supercross series’ second and final visit of the season to downtown San Diego’s Petco Park, with teammates Cole Seely and Trey Canard turning in impressive rides aboard their CRF450R race machines. Both Seely and Canard had strong starts and were running 2-3 for over half of the 20-lap main event. Seely set a strong pace, gapping most of the competition before taking the checkered flag in the runner-up spot. This marked his best finish yet of 2016, complementing his back-to-back third-place results at the start of the season. Canard continued to ride well too, but faltered in the latter stages and relinquished two spots to finish fifth.

Round six of the season marked the third annual military appreciation race in San Diego, where the industry honored the service and sacrifice of the men and women of the United States armed forces. Team Honda HRC showed full support by donning their CRF450Rs in all-white plastics, with custom-designed digital camouflage graphics created by Throttle Jockey. Each bike showcased special details, including emblems for every branch of military on the front fender, as well as grenades next to the rider’s name, representing each of his career 450SX wins.

“It’s great, and in actuality, it’s such a small thing,” Canard said of the event. “I mean, all we’re doing is putting different stickers on our bikes and wearing different gear, which is so minute compared to what the members of the military have done and continue to do for us. This is the least we can do. I hope they feel appreciated because we really just have to say thank you to all of the people who have served and put their lives on the line.”

That said, Canard admitted he enjoyed the special liveries. “I think the bikes looked great. It’s awesome to see every team’s twist on it, but I liked our bikes the best. I think it was great that they tried to incorporate a few different things here and there to make them even more special. It was really cool.”

“I’m happy with tonight, but I’m also not happy. It wasn’t a stellar night by any means but I really needed this to build any momentum that I can. It’s hard to bring yourself back up after continuing to have setbacks, and I know this wasn’t great but I feel good about it. I don’t think any racer is truly content until they’re winning. I was feeling really good before the halfway point and was hanging with Cole, trying to pull up on him, but I made a mistake so [Ken] Roczen and [Jason] Anderson got by. [Eli] Tomac was putting a lot of pressure on me the last few laps, but I tried to ride my own race and stay focused on myself until the end and was able to hold him off.”

“Tonight was a good night. The track was very slippery and difficult but both Cole and Trey rode well and pushed themselves until the end of the race, which gave us positive momentum for the rest of the series. Trey rode especially well and managed the situation after missing two races due to a hand injury. I expect their results will improve more from here.” 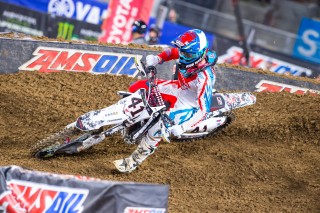 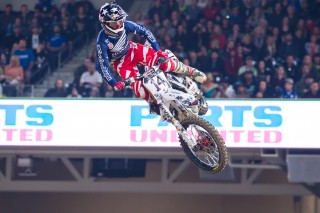 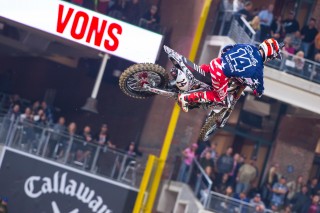 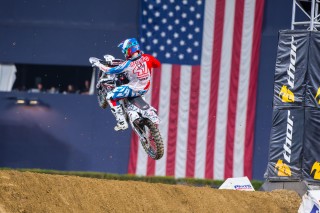 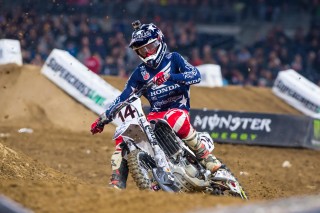 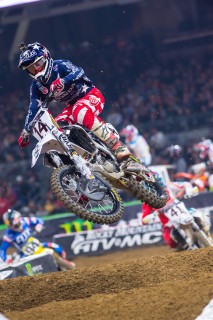 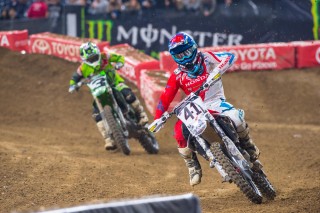 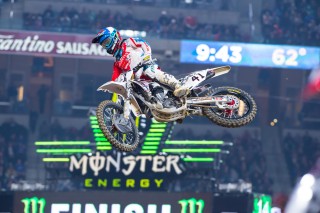 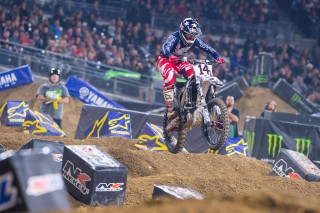 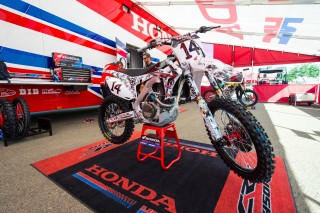 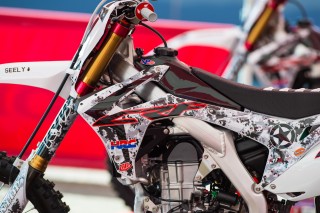 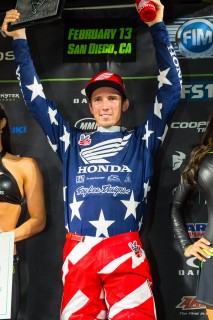 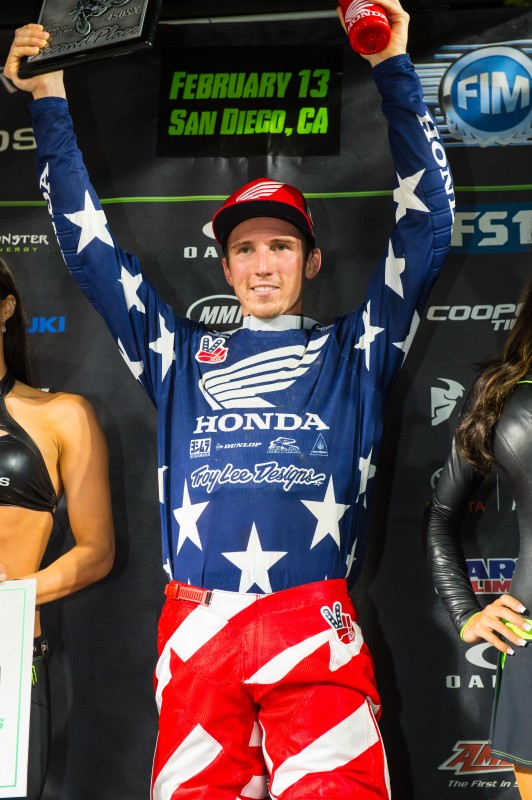