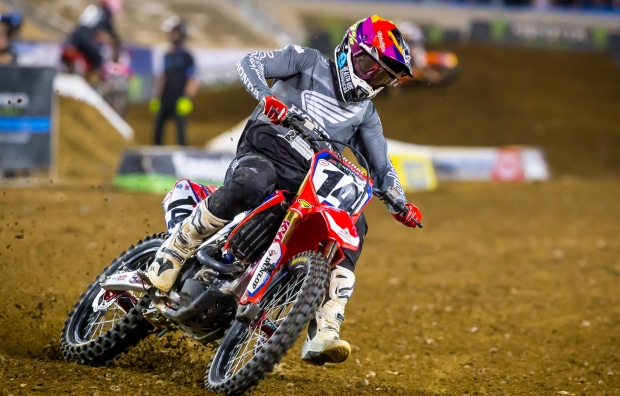 On Saturday, the city of Nashville played host to its first AMA Supercross race, and Team Honda HRC’s Cole Seely and Ken Roczen fought through a hectic main event to finish seventh and eighth, respectively. Roczen had a decent start to the main event but was pinched off in the first corner and was shuffled back to eighth, while Seely was just behind in ninth. The German quickly began working his way toward the front, climbing to third on lap three. One lap later, while Roczen was preparing to attempt a pass on Joey Savatgy for second, Savatgy went down, and with nowhere to go, Roczen hit Savatgy’s bike and tumbled over the berm. Thwarted by oncoming traffic from quickly reaching his bike, Roczen eventually remounted in 21st place.

As for Seely, he put in a notable ride, advancing to fifth on lap six and maintaining the position for much of the race before late fatigue caused him to relinquish two positions and take the checkered flag in seventh. Meanwhile, Roczen had mounted a strong come-from-behind ride aboard his CRF450R to salvage an eighth-place finish.

“I don’t even know what to say because nothing surprises me at this point. I feel like I just can’t catch a break. Things started out so great and I really felt like tonight could have been my night. Everything was flowing well in qualifying and I got another heat-race win. My bike was working great and I was having fun. I didn’t get the start that I wanted in the main event but was making passes quickly. Unfortunately, [Joey] Savatgy went down while I was right behind him and I hit his bike. There was nothing I could do; I had nowhere to go. By the time I got going again I was last, so I just tried to dig deep and do whatever I could to make up as many positions as possible. I’m not happy with eighth but it’s okay considering what happened. We’ve got a few more opportunities to make it happen, so on to Denver.”

“I really feel like tonight was Kenny’s night and it could have been his win; he looked strong all day and was happy with his bike. He was charging in the main event and unfortunately, he couldn’t avoid the crash so there was really nothing he could do. I know he’s getting frustrated, so I just don’t want him to let these last couple weekends get him down. Tonight was a decent night for Cole. He was riding strong in fifth for much of the main event but just ran out of steam and fight toward the end, losing those last two spots, which was a bummer. He still needs to work on his closing half of the race, but it’s hard to make gains fitness-wise during the season because you don’t want to work hard all week and come to the race fried. He just needs to focus on putting the whole race together and it’ll come to him.”

“There were positives and negatives to take away from today. Overall, Cole was pretty happy with his bike setup all day. We made a few changes throughout practice because the track was so dry, but we went back to the original settings during the night program. Then he finished seventh, so that’s good. He was running fifth but struggled to maintain his pace toward the end, which cost him two positions. The last two weekends have been a lot better, so hopefully he can continue to build and get good results these last few rounds.” 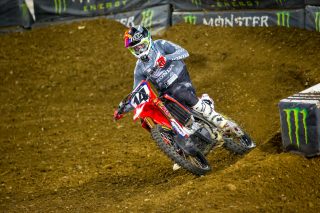 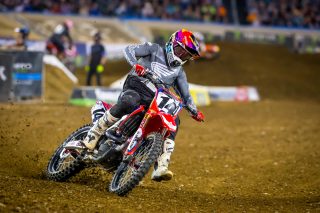 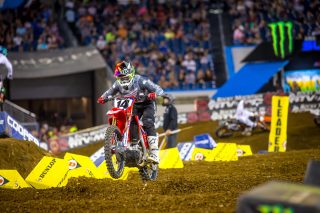 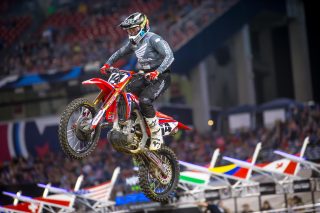 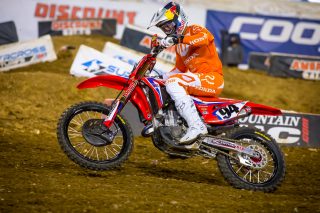 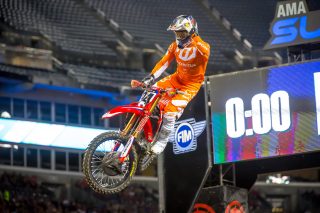 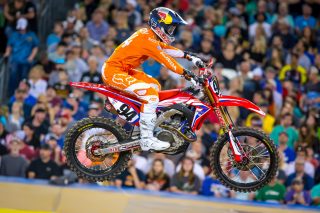 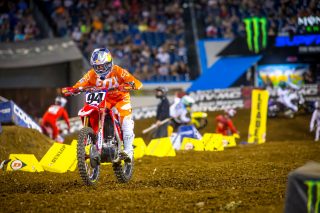 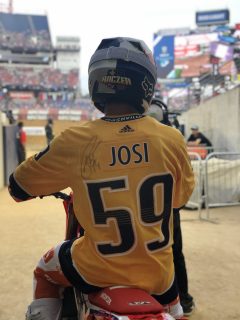 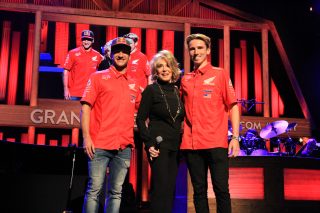 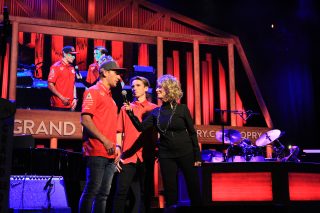 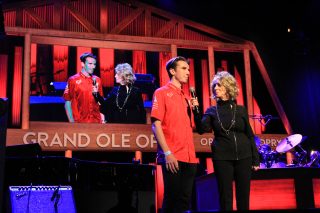 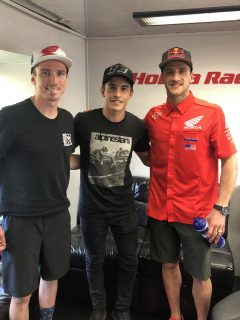 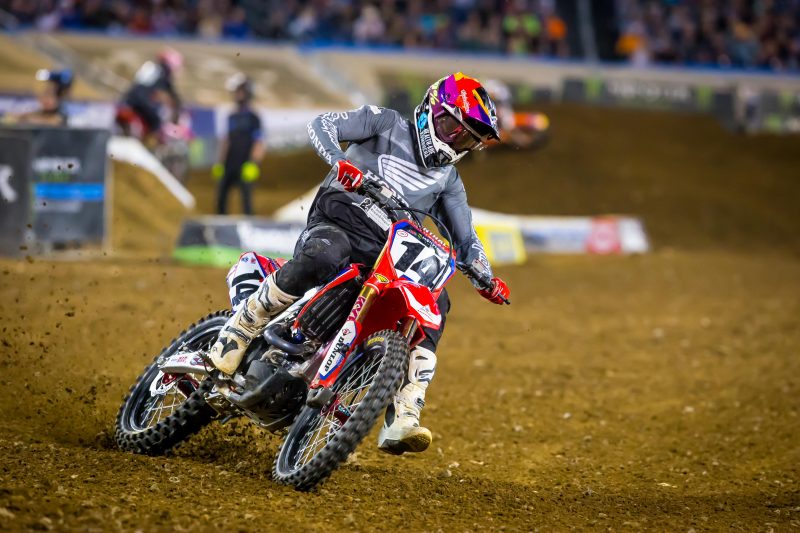