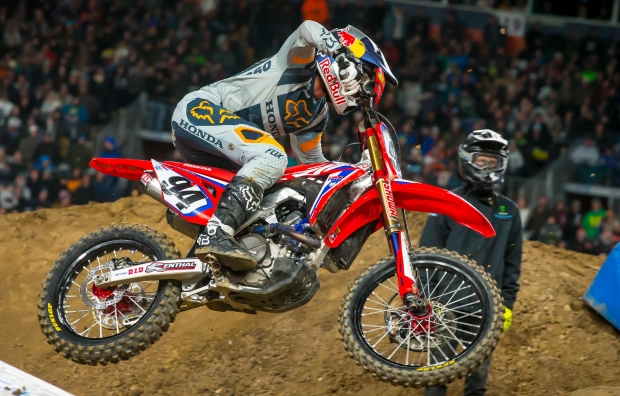 The first AMA Supercross in Denver on Saturday night was a challenging one for Team Honda HRC, as Ken Roczen fought the elevation at Mile High Stadium on his way to a seventh-place result, while teammate Cole Seely finished 19thafter a crash and another mishap that forced him into the mechanics area for repairs.

When the gate dropped on the night’s main event, both riders got off to less-than-desirable starts, with Roczen in ninth and Seely outside the top 10. The German quickly made passes, working his way into sixth by lap seven. He closed the gap on the group of riders in front of him, but exhaustion set in and he was never able to make further progress. Roczen relinquished one position during the closing laps, taking the checkered flag in seventh. Meanwhile, Seely had been running 11thwhen a crash on lap five sent him back to 20th. He remounted, only to have a run-in with another rider, resulting in broken spokes in his front wheel and prompting a visit to the mechanics area for a wheel change. The Californian returned to the race a few laps down but still rode to the finish, recording 19thplace.

“Today was a struggle. I felt off all day. Qualifying didn’t go great, then I got bad starts in both races, and I just ran out of steam in the main event. I’m trying to get my body back to 100% but it’s been a challenge so I’m really looking forward to a weekend off. I’ve been fighting fatigue and trying to figure out what’s going on for a while now, so it’s been hard to come to the races feeling the way I have been. The elevation today definitely didn’t help either. I know once I’m able to get this fixed and get some consistency in my program, I’ll be in a good position to start winning. Hopefully I can come back and finish the last two races strong.”

“It was a tough day for Ken. His start wasn’t the best in the main event but he did put in a good charge; unfortunately, he just ran out of steam and wasn’t able to work his way forward anymore. He’s definitely frustrated with that and I know he’s working hard to figure out why. He was happy with the bike though. This is obviously our first time racing supercross in Denver so we had to make some initial adjustments to compensate for the elevation, but after we did, both riders were happy. Cole was riding really well today, including the heat race. He’s been making steps and progress each week, so that heat-race win was great to see. For some reason, in the main event it just came apart. He didn’t get a good start, then crashed, and then he came together with Alex Ray and broke his spokes. It all compounded and was a bummer ending to an overall good day for him.”

“The day as a whole was pretty good, up until the main event. Qualifying was okay. Like Oscar said, we made a bunch of changes after free practice to compensate for the elevation but then Cole was pretty happy, which showed in the heat race, where he got a great start and grabbed the win. Unfortunately, he just couldn’t repeat in the main. He was kind of late off the gate, put himself in a bad spot, and then went down a few minutes in, after losing the front in a corner. He was back in 15th and got caught up with a guy, breaking some spokes out of his front wheel. He had to come into the mechanics area and we had to change a wheel, so by the time he went back out he was a few laps down. That’s basically all she wrote.” 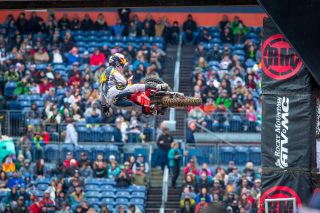 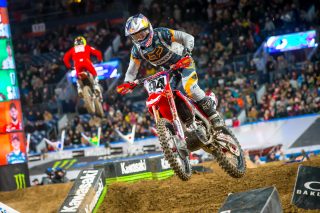 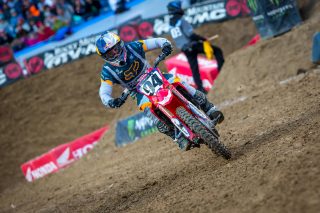 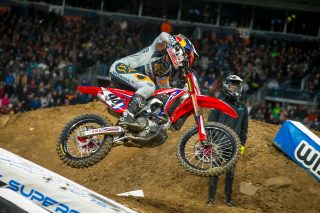 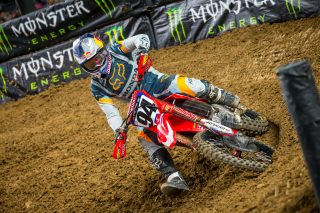 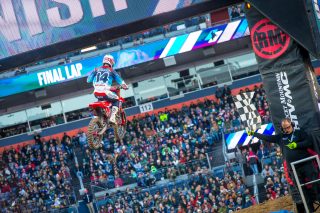 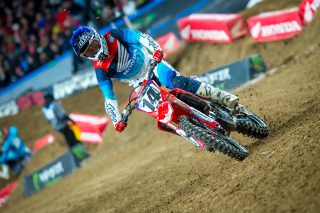 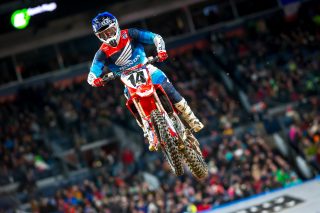 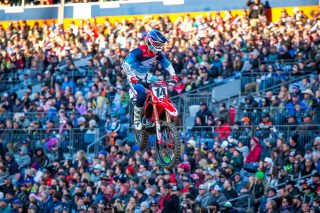 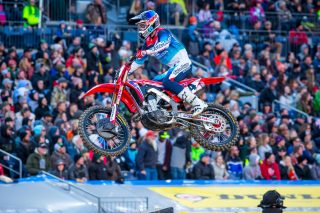 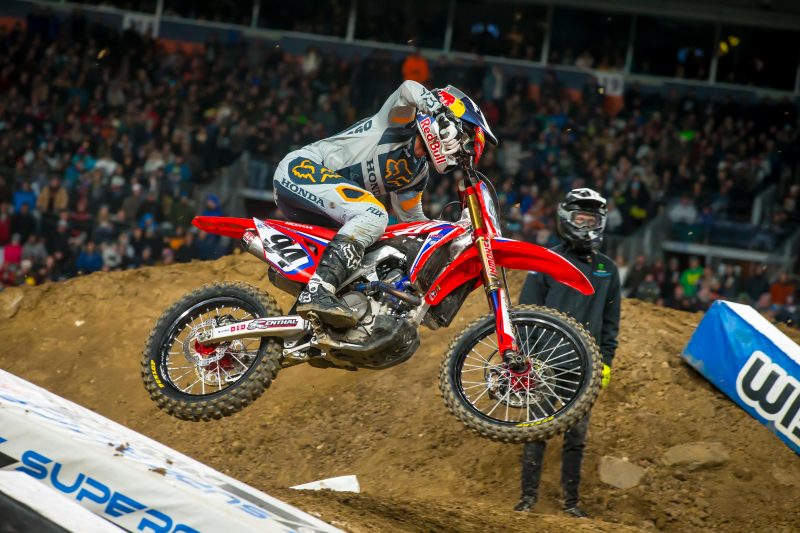