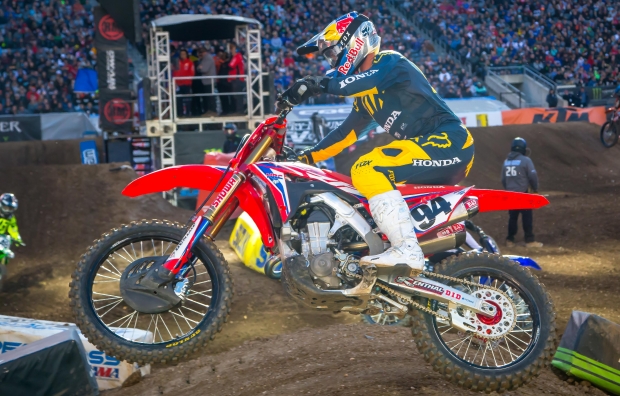 In the main event, Seely and Roczen both got bad jumps out of the gate, rounding the first turn outside the top 10. Roczen began maneuvering through the pack, working his way into seventh behind Seely. The two ran 6-7 for six laps before Roczen overtook his teammate with under 14 minutes remaining. He quickly closed the gap on the rider in front of him, making the pass and taking over fifth on lap eight. He maintained that position for much of the race but then came under pressure from Marvin Musquin near the end, ultimately losing the spot on the final lap and taking the checkered flag in sixth. Meanwhile, Seely had made a mistake and gone down near the halfway point, costing him a number of positions. He struggled to regain his pace, ultimately crossing the finish line in ninth.

“Today started out a bit rough. I haven’t ridden [a] supercross [track] since Denver—so two weeks ago—just because we did some outdoor testing and then because of what I’ve been dealing with, I wanted to give myself a little break. It’s taking a long time to figure out what’s going on with me, but the good thing is I felt better tonight than I have in the last few weeks. Unfortunately, we had a little mishap at the start with my holeshot button popping out, so that’s why I got that bad of a start, which obviously makes life a lot harder. I also rode pretty tight toward the end of the main event. The track was super gnarly. Overall, I’m happy that I felt better most the day and didn’t get as tired in the main as I have been. I’m going to see a few more specialists in the next couple weeks to get some legit answers. It’s been tough because I feel like I haven’t been able to show my full potential in quite a while. In the beginning of the season you could see how well I was doing, and then it went downhill from there. We’ve had a few other good runs, but it’s been a challenge for sure. It’s tough because there’s nothing more that I want than to go out there, feel good, and do good for the team. I think we’ve been making the best of it and we’re doing everything we can to get things figured out.”

“It was a tough night. If I had to blame one thing specifically for tonight’s results, it would be our starts. We really need to get those starts figured out so the guys can put themselves in better positions at the beginning. It’s so hard to get a bad start and come through the field to battle with the front guys. Cole also had a little mishap after the finish line, going down in the turn and losing some spots. Ken was riding pretty well too but said he got some arm pump toward the end, so he wasn’t able to maintain.”

“It was a mediocre day here in New Jersey. There were only the two timed practices and whether that’s good or bad, we were ninth and eighth in those. Cole didn’t get the greatest starts in his heat or the main, so that was unfortunate. He had a decent ride going in the main until he went down and then couldn’t fully regroup. Bike-wise, we were pretty solid. We only made one small clicker change all day and the rest we didn’t touch, so all good there.” 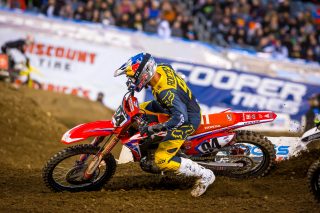 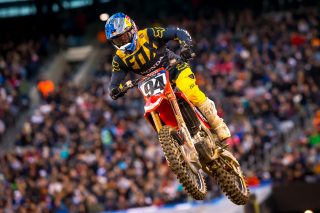 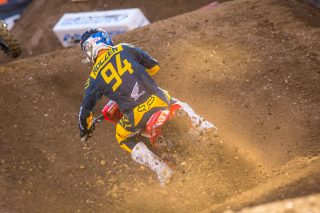 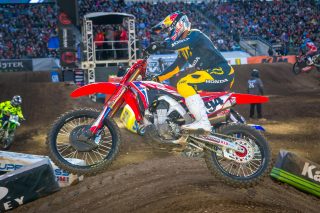 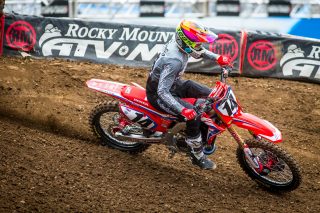 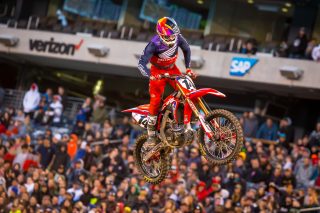 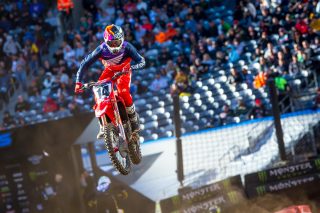 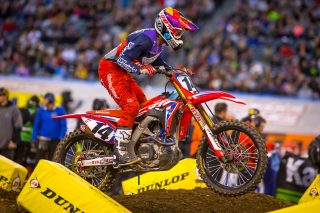 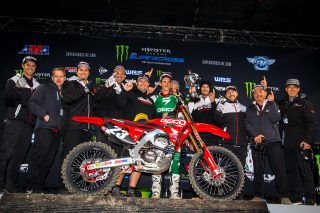 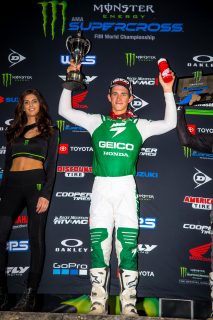 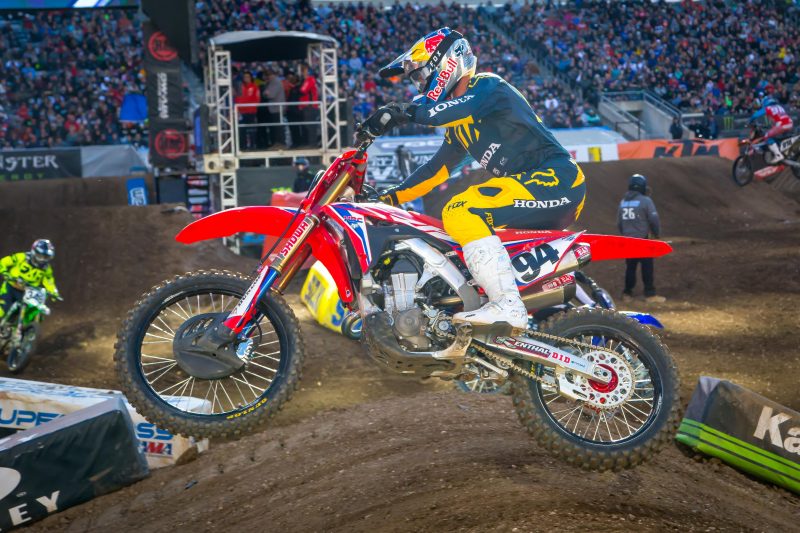