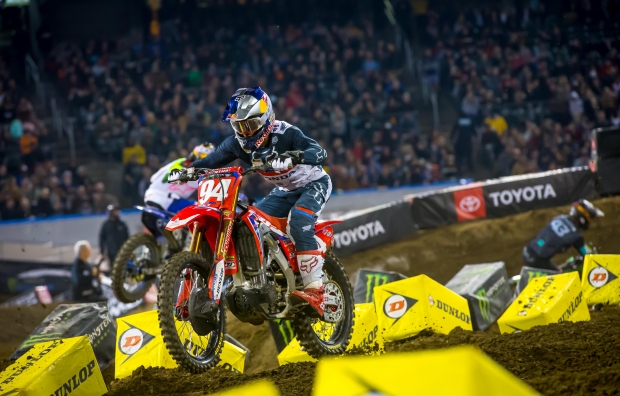 Round four of the AMA Supercross series was held under the lights of Oakland-Alameda County Coliseum in Oakland, California, where Team Honda HRC’s Ken Roczen rode his CRF450R to a respectable fifth-place finish, placing him second in the championship standings. When the gate fell for the night’s main event, Roczen came around the first turn just outside the top five. By lap six, the German had made his way into fourth and was continuing his charge forward. While he battled for third with Joey Savatgy, both riders capitalized on a mistake made by Marvin Musquin in the whoops, allowing them to sneak by and overtake second and third. On the following lap, Roczen made his pass on Savatgy to take over second. It was short-lived however, as the chaos continued and a four-way battle ensued, with riders swapping positions multiple times. Roczen relinquished two positions during the heated battle before losing one more in the final minutes of the race to take the checkered flag in fifth.

Fellow factory Honda racer Cole Seely showed flashes of speed and brilliance all day, riding smoothly and confidently through qualifying and his heat. Unfortunately, while running seventh early in the main event, Seely had a mishap in the sand section, sending him to the ground. He remounted in 20th, and for the remainder of the 20-minute-plus-one-lap race, Seely put his head down and maneuvered through the field, working his way to 11thby the finish.

“Oakland started off pretty good. I felt super good in practice and was super-happy with the bike. I was confident going into the night show and happy to have first gate pick. We had a decent heat race, finishing in second. We had to do some little bike adjustments, just as the track changed. I didn’t have a great start at all but fought my way up to second for a bit. I was struggling in the whoops and started feeling uncomfortable and unfortunately, I went back to fifth. That’s not ideal but we’re leaving healthy. We lost the points lead but only by a couple points; it’s a long season, so if we can take this as our worst race, that’s pretty good. It’s time to regroup and hopefully get back on the podium in San Diego.”

“The guys did a good job today. I know they’re both leaving a little dissatisfied with their main-event results, but there were positives to take away for both Ken and Cole. They both looked really strong in qualifying, scoring the top two spots, then each getting second in their heats. In the main, Ken was moving forward and got up to second at one point but was struggling in certain parts of the track, which is where a few guys got by him again. A fifth isn’t what he wants but he’s doing a good job keeping the big picture in mind. This is a long season so we’re just taking it race by race. Cole was also looking really good but I think he needs to work on his race-pace fitness a little toward the end

Today was kind of a bittersweet day. We didn’t have the main event that we wanted. Cole’s start was pretty good out of gate but he got jumbled around and shuffled back to ninth or 10th. He was making his way forward the first few laps but fell over in the sand and that kind of set the tone for the next 15 minutes. He was still riding well and his lap times were good until toward the end, when they fell off slightly, but I think that's just building his race stamina. The better side of the day was we had a lot better qualifying, finishing second overall and getting the fastest time in the second session. It was his best heat race yet so that’s a positive too. We continued to make improvements on the bike so he’s really happy there, which is good; we just need all of it to translate into the main event.” 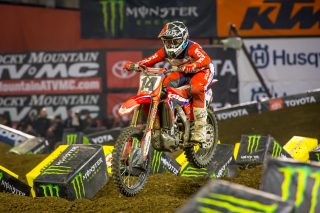 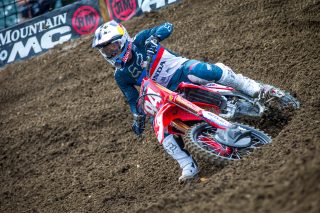 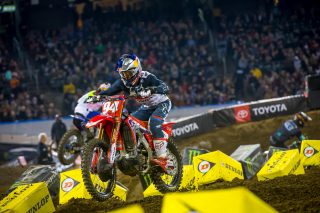 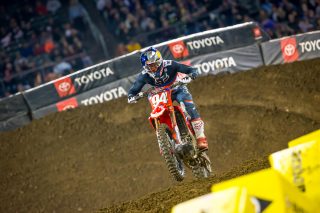 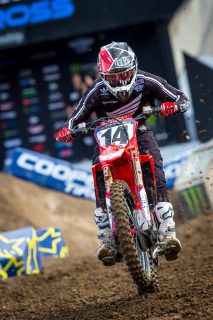 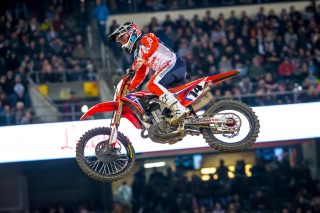 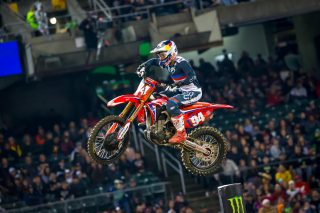 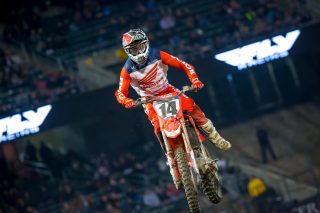 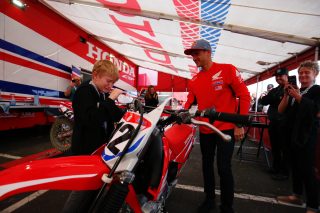 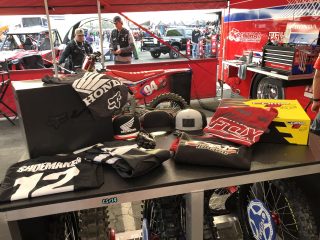 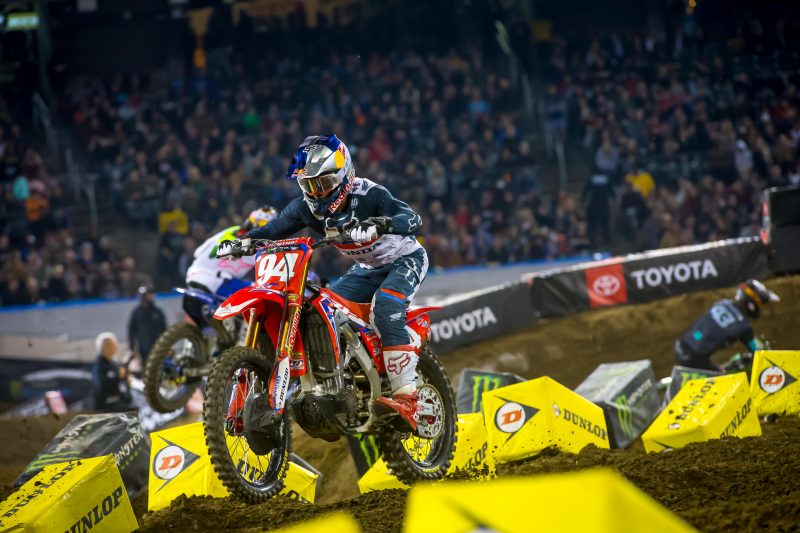