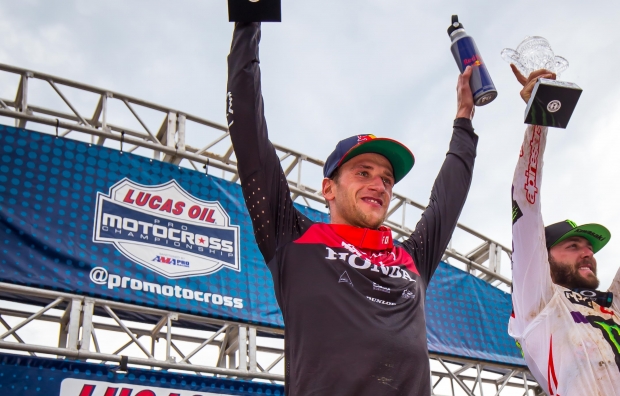 Round four of the AMA Pro Motocross series at Mt. Morris, Pennsylvania’s High Point Raceway saw Team Honda HRC’s Ken Roczen rebound after a tough first moto, in which he finished sixth, to put in an incredible come-from-behind performance in the second moto and score his third moto victory of the season. Roczen’s second-place overall result leaves him tied for the lead in the championship chase, with 176 points.

In the first moto, Roczen got off to a good start, but a hectic first lap saw him fall from fourth to seventh. He navigated his way into fifth on lap two and quickly closed the gap on fourth. He fought hard to make a pass and ultimately gained the position another rider went down. While pushing to make a pass on Eli Tomac in third, Roczen was forced to also defend against Marvin Musquin, who began applying pressure. Roczen was unable to keep the Frenchman at bay, relinquishing fourth place on lap 13. Two laps later, Roczen was caught off guard, getting passed one more time and taking the checkered flag in sixth.

When the gate dropped on moto two, Roczen got a good jump off the line but came together with the riders on each side of him, shuffling him outside the top 10. Roczen showed much more aggression, and by the completion of the opening lap, he had worked his way into eighth. He continued to make quick work of the riders ahead of him, moving into fifth by the following lap. The German didn’t stop there, continuing his impressive charge forward, making his way into second at the halfway point. He chipped away at the leader’s gap, closing in and making a pass stick on lap nine to take over the front spot. Roczen rode the remainder of the race unchallenged.

“I’m glad we left today on a high note. I had a new setup in Florida and unfortunately with the weather, I’ve only been able to put a very short amount of time on it, and that’s what I started with here today. I struggled all morning with it. Going into the first moto, we went back to my Colorado setting, except with some clicker changes I’ve been running at home. However, that didn’t work for me at all. I wasn’t riding well and just went backwards in the first moto. For the second moto, I just went back to our full Colorado setup, and it was nice to see that we have a very solid base that I can go back to. I just knew exactly what the bike was going to do, and we had an incredible moto. I came from far behind after a bad start and came away with a moto win and second on the podium. It was pretty huge.” 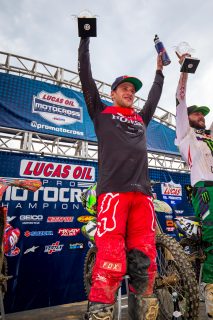 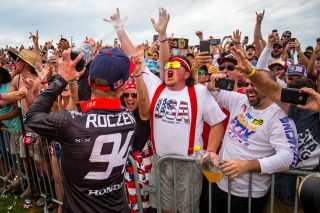 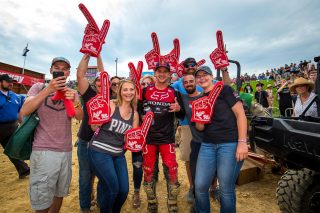 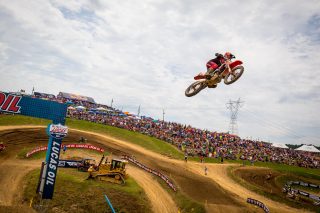 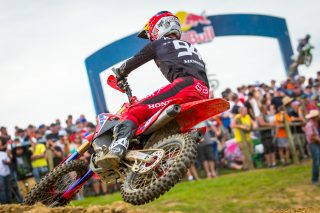 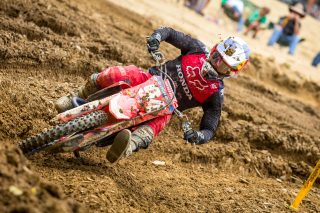 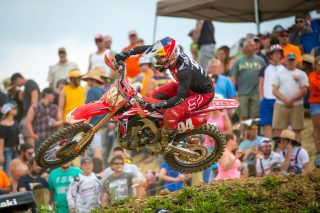 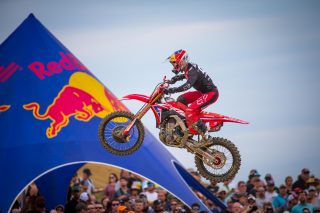 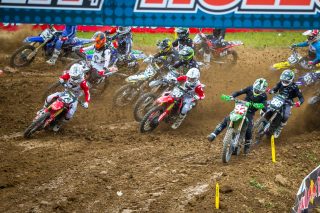 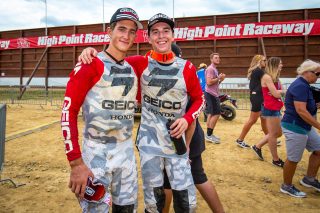 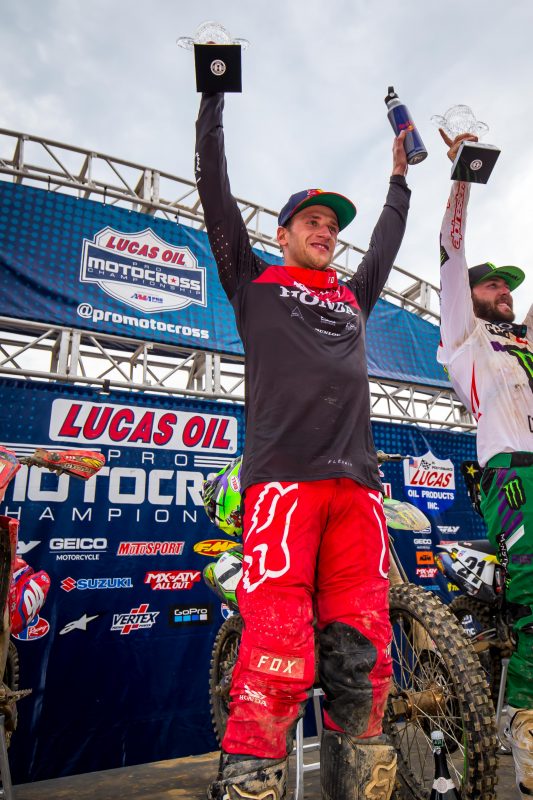