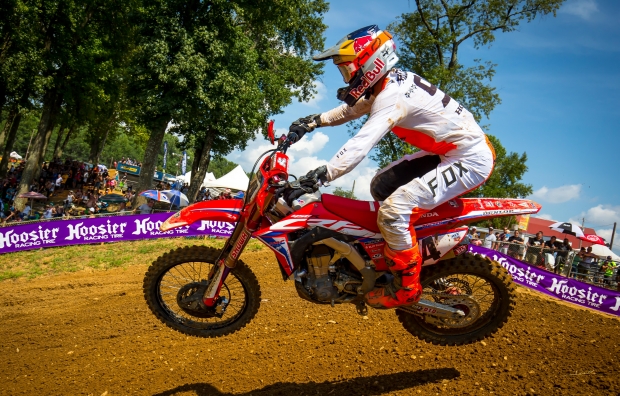 In moto one, Roczen rocketed off the line to a fifth-place start and quickly began working his way toward the front. By the green flag, the German had moved into second and set his sights on the leading Eli Tomac. Roczen tried to make an initial push but was never able to get close enough to mount an attack, so he settled into second, riding smart to the checkered flag. When the gate dropped on moto two, Roczen once again found himself toward the front of the field, moving into second on the opening lap. He maintained that position for the first half of the race before coming under fire by Jason Anderson. Roczen slipped to third on lap eight, and in the latter portion of the race, the heat and humidity began to take its toll on Roczen, who had difficulty defending his position. He ultimately relinquished four more spots, crossing the line in seventh

“I mean, today would’ve been a challenging day even at 100% fitness because it was so hot. We had a couple really good practices and then a good first moto. In that moto, I just tried not to go crazy, to conserve energy, because I knew it was going to be a tough one in the second moto. Second in that race was good, and I was also riding pretty well in the second moto, spending half the race in second. Unfortunately, my body just gave up in the second half and I could barely hang on. I lost a lot of positions, finishing seventh. It’s a bummer and definitely not what we wanted coming off of last weekend, but it’s a better finish than my previous races in the heat so we’re moving in the right direction. We’ve got one more race to make it happen.”

“We had a very good first moto today. Kenny has been making some progress the past few weeks, and I think that showed in the first moto. Unfortunately, he just wasn’t able to maintain it for the whole second race. His start in the second moto was good and he rode strong, but the last 15 minutes he really struggled; the heat got to him and he was more in survival mode. Overall, I think Ken rode well. His starts were good and his speed is still there, so we’ll just give it one more shot in Indiana.” 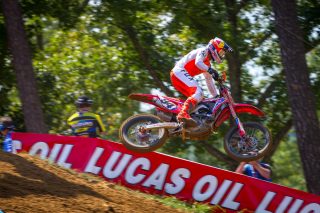 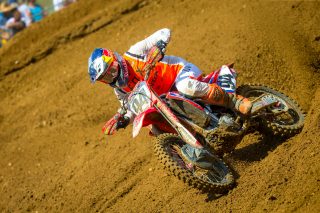 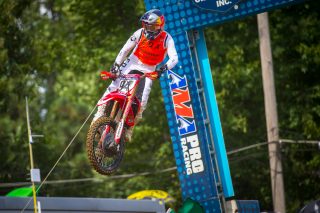 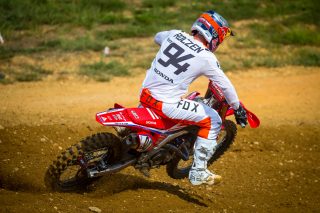 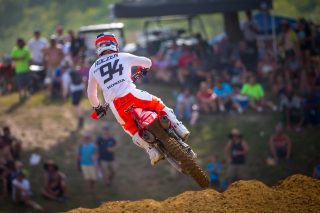 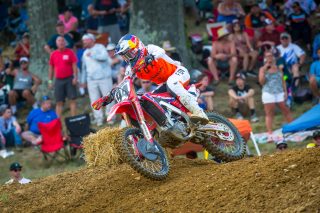 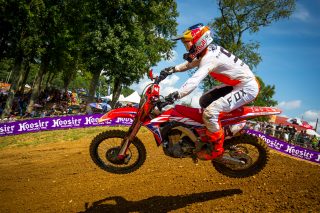 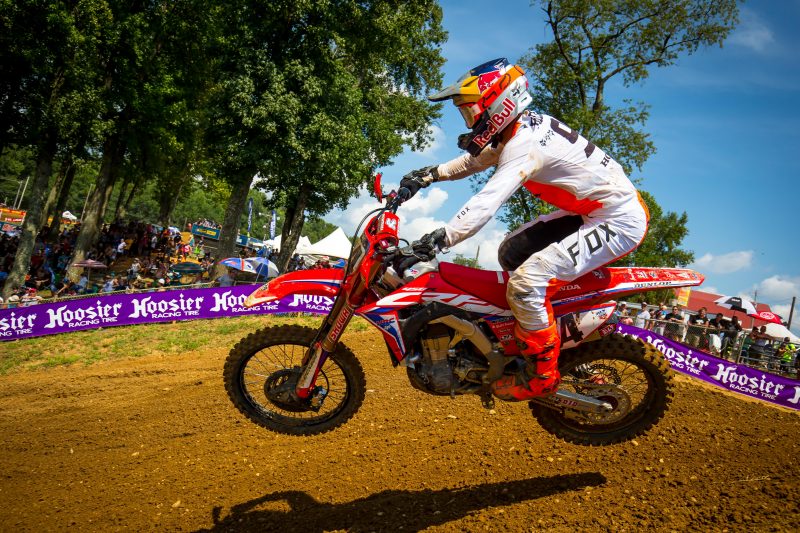