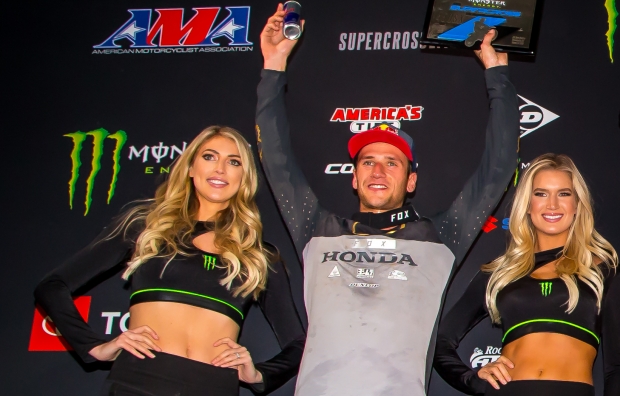 Ken Roczen continued his consistent 2019 AMA Supercross season at round six in Minneapolis, notching a steady runner-up finish in U.S. Bank Stadium and reassuming a slim lead in the championship chase. The Team Honda HRC rider, who has yet to finish outside of the top five this year aboard his CRF450R, started the main event in third place and rode there for 15 laps before putting a pass on Joey Savatgy to take over second place. With the leader out of reach by that point, the German held his position to the finish.

Teammate Cole Seely managed a decent start and was in the top eight for the first five laps, but when he tried to make a pass on Justin Barcia, the two collided and Seely went down. The Californian remounted around 15thand began working his way forward, eventually finishing the 20-lap race in 11th.

“I had a little wheelie on the start, and I came around in third. I was just in third forever because it's just really hard to pass out there; it gets rutty and we’re all kind of taking similar lines. I felt really good, but I couldn't ever make the pass happen, and once Cooper [Webb] got by Joey [Savatgy], he gapped us. I wish I would’ve had a clear lap earlier because I feel like I could’ve done a charge toward the end, but with these turns and the intensity we brought, I didn’t want to just do a silly, aggressive move and bump up on the inside. I just took a little bit too long, but I’m happy with second place and back in the points lead. I still want to win, but it’s all good to get out of here healthy.”

“It was a great weekend for Ken overall, getting second place and getting back in the points lead, even though we’re only six rounds in. The track conditions were a little bit different than they’ve been at the first few rounds, and everybody was doing the same lines. That meant starts were going to be really important; we’ve been working on that, and when it came time, he pulled them off. The leaders were together there for quite a while in the main, and he showed a lot of patience, which could be important for the long run. Unfortunately, Cole didn't get the result that he wanted, but he continues to make progress with his speed. He was running really well just behind that lead pack and then he had a collision but got back up and soldiered on. He continues to get stronger and build his confidence, and he knows that he can finish higher.”

“We struggled to find speed during practice and then made a couple changes during the day to try to get Cole comfortable and get his intensity up. Unfortunately he had a bad start in the heat race, and then with everyone taking the same options in the rhythms, Cole took a while to get going. We had an outside gate for the main event, but he actually made it work pretty well and sent into the first corner about top-five. He was in that lead freight train the first few laps and was trying to make some passes, and then [Justin] Barcia made a little mistake and Cole clipped him and found himself on the ground. It was a frustrating night for him, but a lot of things are moving in the right direction. We’ll just stick with the program, and it will come together one of these nights.” 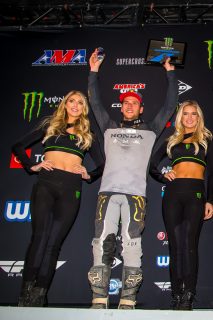 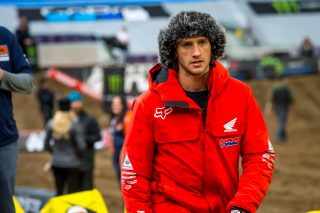 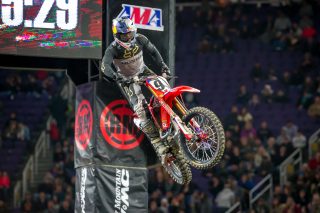 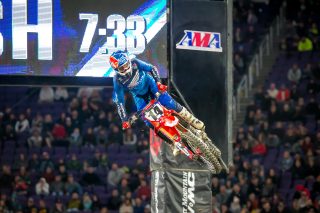 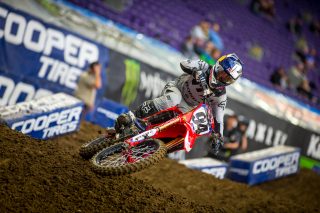 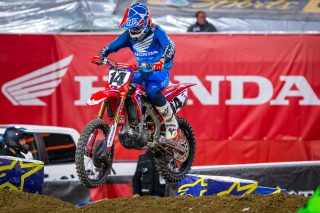 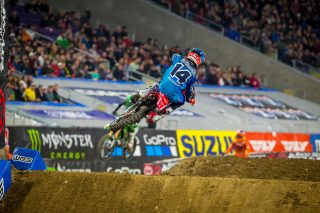 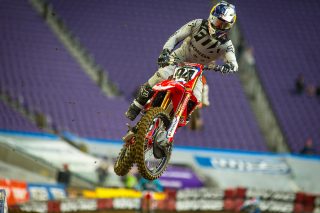 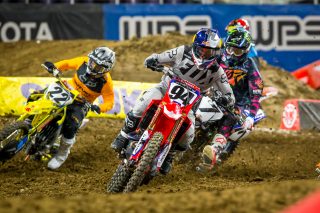 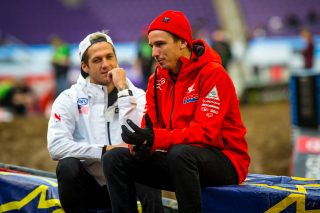 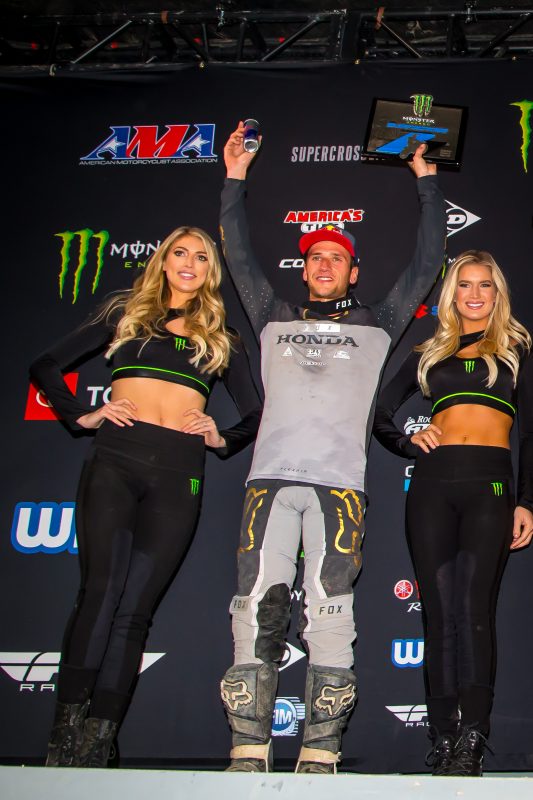