The 2019 AMA Supercross season has seen Team Honda HRC’s Ken Roczen get increasingly close to scoring his first win since suffering major injuries the past two years, and round seven in Arlington, Texas, was the closest yet; in fact, it was literally the closest ever. After nailing a strong start and aggressively moving into the lead on lap five, the German ran at the front for most of the race, only to be passed in the final turn of the final lap, finishing a scant .023 seconds behind winner Cooper Webb in what was history’s narrowest margin between first and second place. Despite the disappointment of narrowly missing out on the victory, Roczen gained confidence from riding well and still sits just two points out of the series lead.

Teammate Cole Seely also had a positive evening in Texas. After he and Roczen shared the heat-race wins, his main-event start wasn’t ideal, but he quickly improved his situation, moving into sixth place by lap seven. The Californian briefly threatened for fifth before opting to safely match his best finish of the year.

“From the first few races this year to now, I’ve made some good steps forward. I’ve changed up some things in my program and put in some solid effort during the week, and I feel like it’s showing on the weekends. Of course it’s disappointing to put in that effort the entire moto and then give it away in the last turn. The turn before the whoops and in the whoops themselves is where I lost the most time during the main event. If I could’ve done that better or worked better with the bike, I feel like I could’ve kept my flow a bit better and had more of a gap between first and second. Honestly though, I’m just having a lot of fun; I haven’t been in a championship chase in a long time, and it’s really good racing. There’s always room to improve, and I don't have a win yet, but we’ve been super-consistent. I’ll just use this as fuel, think about the feelings I had on the track, and then make a plan for the next race. I think we’re in a good spot.”

“We’ve been working on starts, and both of our guys have been getting good starts as a result. In the heat races, both of our guys were right there on the starts and then got the wins, which is important. In the main event Kenny led all the way up to the last lap, even with the gap kind of going back and forth. I think he was a little frustrated losing the race like that, but he rode really strong—he was consistent and he was being smart for the championship. Cole won his heat and then rode well in the main—probably the most aggressive I’ve seen him ride. He came back to a sixth place, and he was solid the whole night. I think these rides will be big confidence builders leading into next week, and we’ll work to keep that momentum going. For the team, they did a great job even in the tough conditions—everything with the team has been really good.”

“This would be considered Cole’s best weekend so far. We came off three kind of bad ones, where we were in the mud or had some falls and things like that. Cole was really focused today, plus he’s had some success in Dallas before, so that helps with confidence. He was calm and loose all day, and he rode well during practice. In the last timed session he was fifth overall, which gave him a good gate pick for the heat race. He got the holeshot in that and was right there with Chad [Reed], who he got around quickly. Then he held on in the end after some pressure from Eli [Tomac] and got his first heat-race win of the season, so we’re really pumped on that. The momentum carried over to the main; his start wasn’t as good as we’d hoped for, but he was really aggressive on the first lap and cut through a bunch of guys right away and then picked off one or two more guys to get into sixth. He was able to see the battle in front of him and keep in touch with them, so I think it did a lot for his confidence. It’s our best one so far and something to build on.” 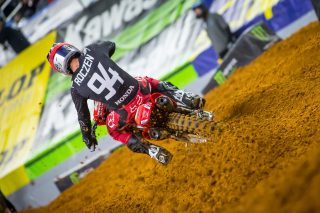 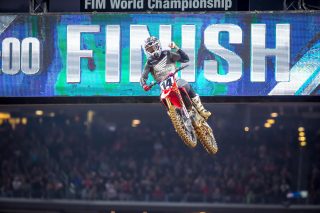 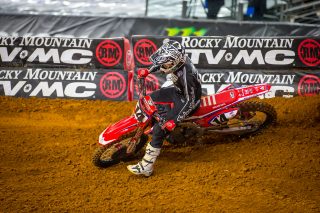 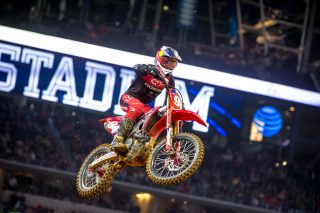 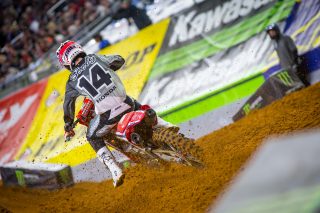 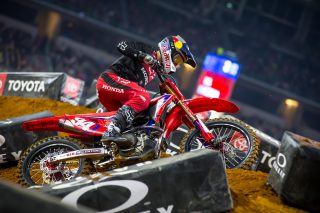 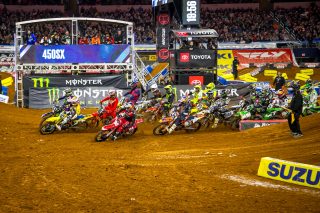 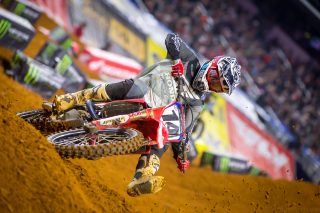 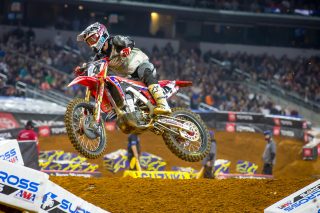 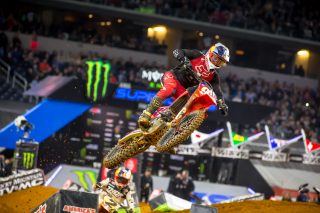 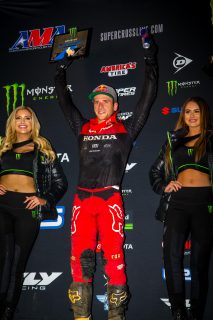