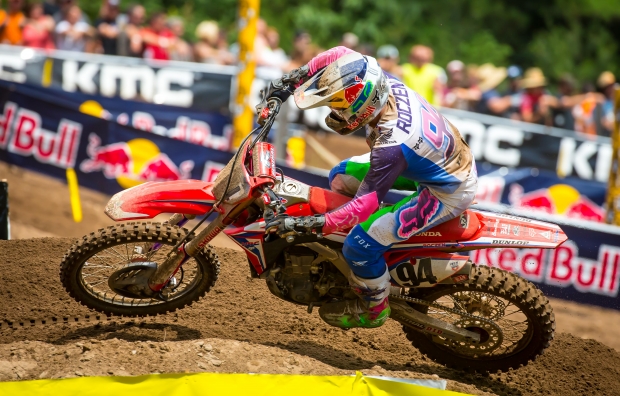 Although the warm, humid weather and rough, sandy track meant that Southwick, Massachusetts’ The Wick 338 National was anything but easy, what likely made things even more difficult for Team Honda HRC’s Ken Roczen were the absolutely brutal conditions of the previous week’s Florida National in Jacksonville. So challenging was that event that it apparently reignited the endurance issues that had plagued the German for much of the AMA Supercross series, but that he had largely put behind him for AMA Pro Motocross, in which he had posted a pair of overall victories prior to this, the sixth round. Roczen once again showed impressive speed in the early going of both motos at Southwick, setting quick lap times and making strong passes, only for his physical limitations to then thwart his progress and see him overtaken by several competitors. In the end, Roczen’s 12-10 scores held him to just ninth overall, but he and his team are determined to continue working for solutions in an effort to secure a strong second half of the outdoors season.

“I was coming into Southwick fairly excited, though struggling a little bit recovering from last weekend’s race. Still, I came in with full motivation and a new fork setting that unfortunately didn’t work out very well for me in the first moto. On top of that, I could’ve recovered a little better from the weekend before, but I knew that I went out there and gave my best. For sure it wasn’t what we were looking for, but we’re going to continue working hard on the bike and I’m going to continue working on myself to get back in top shape and get back to winning races. For now I have to take it as it is, but I’m going to keep my head up and hope for a much, much better result from RedBud. I’m going to do everything I can throughout the week to prepare myself and get back to the very top. Other than that, there’s not much to say about my result besides we’re not very happy with it and are looking to turn it around next weekend.”

“It was a tough day, even if Kenny showed speed early on in both motos and his arms didn’t get tight in the second moto. Still, he was frustrated to not have the stamina to keep that pace up. For us, we've got to learn something from this weekend so that we’re prepared for next week; he looks to be having similar problems to what he struggled with in supercross, so we'll get with his training team and figure out the next steps. The good thing is that the bike felt good to him this weekend, so Oscar and the guys did a good job with that.” 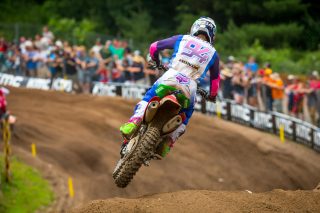 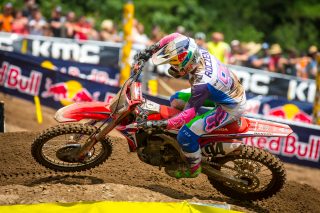 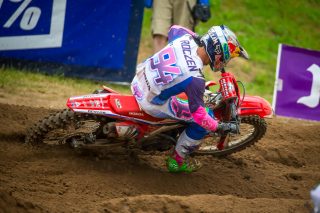 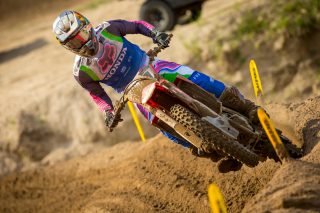 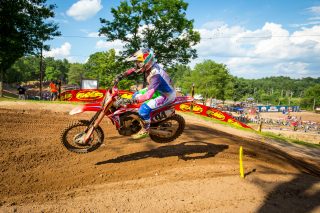 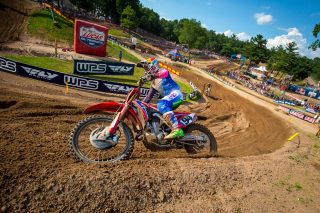 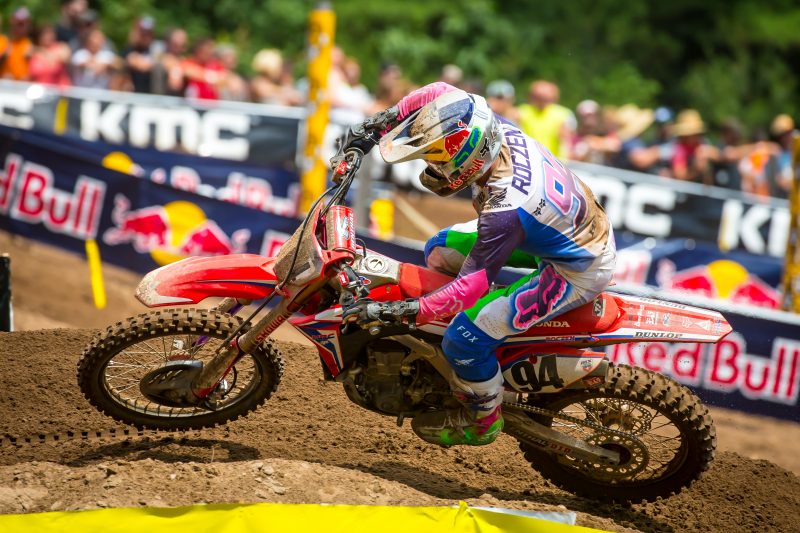