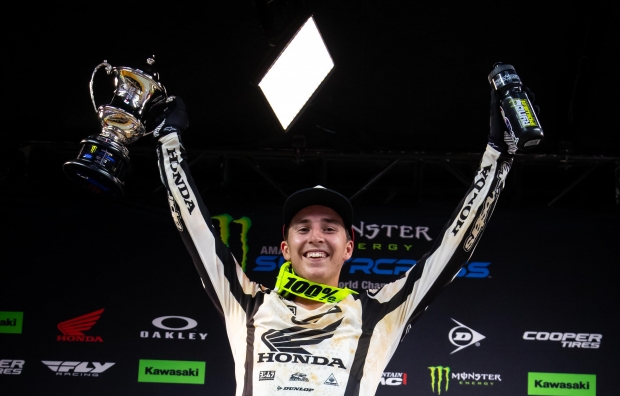 In just the sixth supercross race of his career, Team Honda HRC’s Hunter Lawrence scored his first 250SX win in convincing fashion, at the Arlington 2 round. The young Australian started in fifth and quickly advanced a spot, then made a block pass for third. On lap six, he capitalized when the leading duo lost momentum, passing them both to put his CRF250R in the lead. At that point, Lawrence set sail, setting the fastest time of the race on the next lap and pulling ahead to score an emotional victory by over five seconds. With erstwhile title-chase leader Cameron McAdoo earning a penalty, Lawrence took over the red plate, by a one-point margin. Also impressive was Phoenix Racing Honda’s newly recrowned AMA Arenacross Champion Kyle Peters, who notched a solid third-place finish, his first supercross podium since 2018.

In 450SX racing, Ken Roczen put together a podium finish. He and teammate Chase Sexton put their CRF450R race machines in third and fourth off the start and rode relatively uneventful races, with Sexton relinquishing just one position in the latter stages of the race.

“Arlington 2 was a lot better than Arlington 1. We threw a little bit of something at the bike and made a change and left it in all the way through the heat race. And after the heat race, I decided to go back to base and what I knew, and that was definitely the right way to go. In the main event, we started near the front, and I just stuck in third there. I got messed up by lappers a little bit, and unfortunately it just wasn't good enough for the win tonight. We settled on third and lost a little bit more points in the championship, but as long as we're keeping the dream alive, I'm looking forward to bouncing back next Saturday. It felt good to be back on the podium after a couple rounds of not being there. I'm proud of my team and how we've been working together, and looking forward to a couple of days off and coming back on Saturday."

“It was an okay day. Qualifying was pretty average--I got sixth, which was okay for me but I just didn’t get a really good lap in. In the heat race I got a good start, battled for the lead near the end and almost had the win. I had a good gate pick for the main event, which was good because the ruts were pretty messed up after the gate. I got a good start in the main and put myself in a good position, but I couldn’t keep the pace after six or seven laps. I didn’t feel super comfortable and faded backwards a bit. I was a little flat but was still top-five--not a great result, but we’ll keep building. I’m looking forward to testing a little bit on Thursday and coming back for Saturday.”

“Amazing day here in Arlington--couldn't have dreamt it any better! I got off to a good start, made some good passes in the first few laps and just rode my race. I’m extremely, extremely grateful and thankful to do what I'm able to do. I can't thank everyone that supports me enough--everyone in the team and away from the track. It's a team effort and believing in myself and man, it feels amazing. It’s awesome, and I’m stoked that we could get this one under our belts at round 4.”

“It was an amazing night for Hunter. Starting the beginning of the day, he had a few things to work on, and the team really worked hard behind them to get him comfortable and he came off with an amazing win. He's getting stronger each week, and I can't say enough--we're just so proud of that. Chase rode strong all day and had good speed. He had a good start in the main event, and he continues to get stronger each week from his shoulder injury. He's riding really well, and he can keep building on these experiences. Ken had a good practice session but struggled a little bit to get comfortable. The team did a good job with some changes later in the night, and he was comfortable for the main event. He pulled off another really good start and a solid podium spot. We’ll regroup and come back for Saturday.” 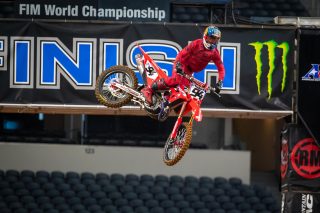 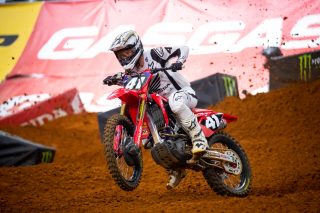 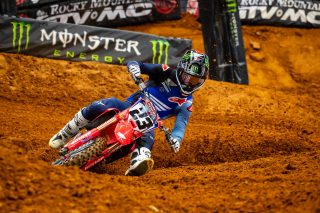 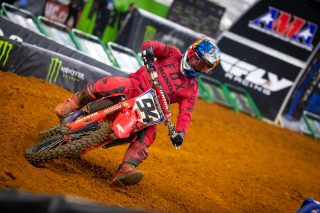 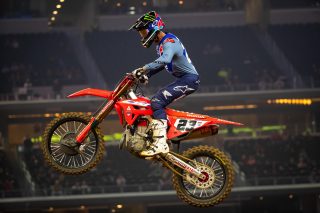 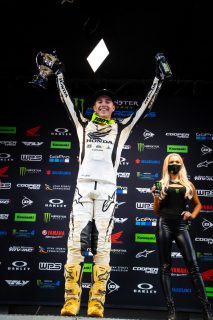 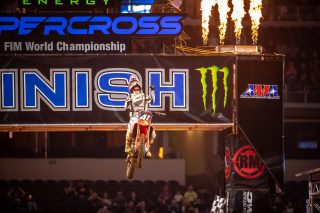 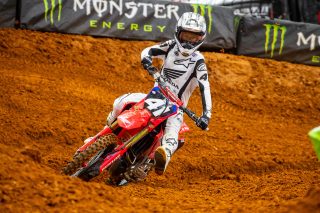 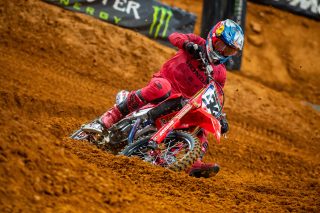 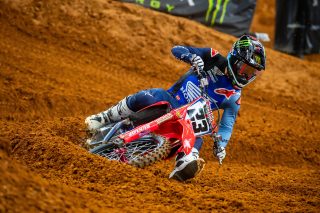 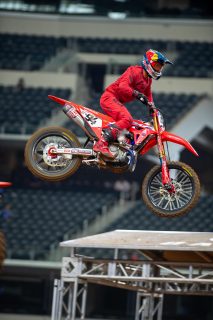 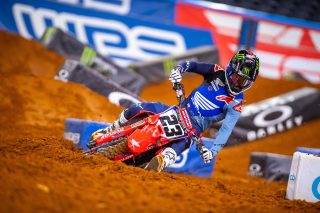 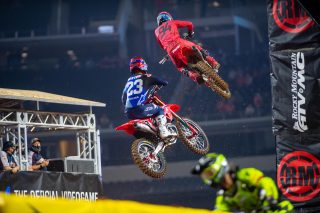 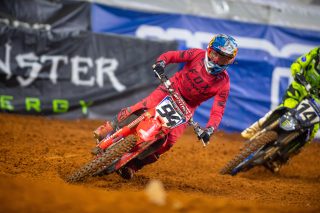 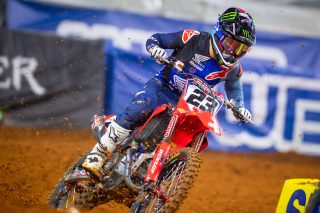 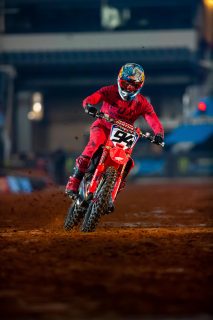 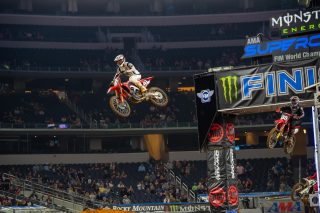 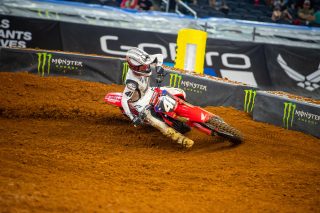 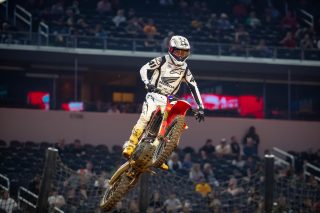 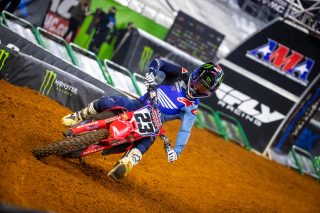 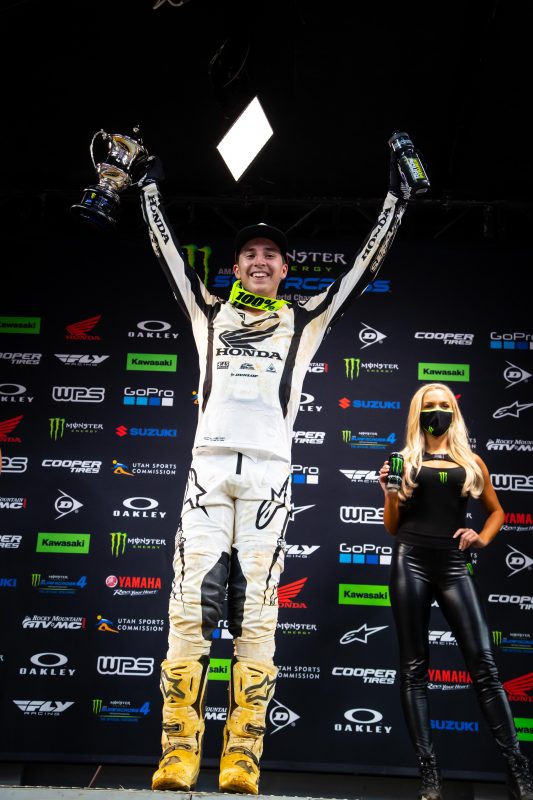