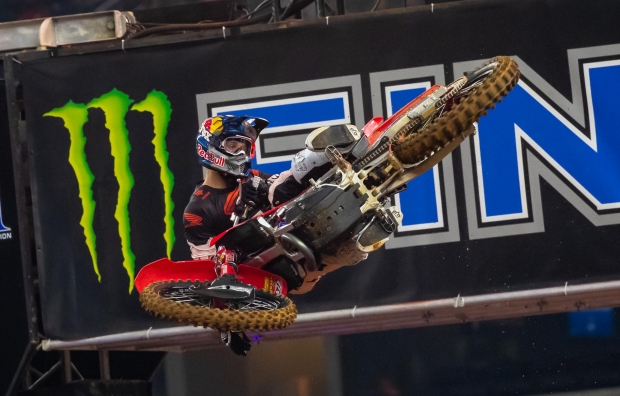 The final Texas race and round 12 of the 2021 AMA Supercross season saw Team Honda HRC’s Ken Roczen lead most of the main event before finishing in second place, while his teammate Chase Sexton showed impressive speed all day before suffering a hard crash in the main. In the 250SX West class, Hunter Lawrence had a good day aboard his CRF250R, finishing fifth.

Roczen nailed the holeshot in the main event, with title rivals Cooper Webb and Eli Tomac not far behind. The German was the fastest rider through most of the track, although he lost time in the sand section. After losing the lead seven laps from the end, Roczen held on to finish runner-up, just 1.4 seconds back. Meanwhile, Sexton also rode strong until taking a hard crash in the sand section on lap four and withdrawing.

Running the red plate, Lawrence was a contender for a podium position with only four laps remaining in the 250SX West main, when he over-jumped a triple and went over the following berm, into the catch net. The Australian quickly remounted and salvaged a fifth place finish.

“We had a really good practice and I felt comfortable on the track. There were a lot of big rhythms and overall it was a much better supercross track. My heat race went well; I started in third and worked my way up to first, giving me a good gate pick. In the main event I got the holeshot, felt really good and led for most of the race, with most of the fast guys behind me. I'm guessing they were studying me, and Cooper made the pass happen. I tried to keep on his wheel all the way until the end, which is what I did, and we ended up in second. This finish was a lot better. The dream is still alive, and we have five races to go. I’ve been getting better and better, and I’m not going to give up. We’ll take a couple of weekends off and come back to Atlanta with hopes of continuing to improve through the end of the season.”

“I felt so good on the bike all day. It was nice to finally see me getting my speed back, qualifying first. My heat was a solid race; I started out slow and got passed by Ken [Roczen], but managed to find a flow mid-race. During the last lap made an aggressive move on Cooper Webb, but by no means did I mean to take him out—that’s not how I ride and I have a lot of respect for him. I got a good start in the main event and was riding okay until a good crash in the sand ended my night. Overall I feel okay—just looks like I got in a UFC fight! See y’all in Atlanta!”

“I had a bittersweet ending here in Dallas. It was a pretty good weekend, getting second in the heat race, but a bit of an unfortunate ending in the main. I was riding well in third, pushing and pushing, but I kept getting caught up with lappers. I felt like I was catching the guys just inch by inch, and I pushed myself but made a mistake. I landed on the far righthand side of the berm, where they built a little lip into it. It was a pretty harsh landing, as I’m sure the videos show, with me ending up in the net. I’m so thankful that the nets were there to save me and the bike so we could finish and bring it home in fifth. It was good considering what it could have been with the crash. Coming into Arlington, we were in fourth and 16 points down, but now we’re only six points behind. Having the red plate and then passing it on is a bit of a bummer, but we’re still in it. I’m looking forward to two weeks off now to regroup and come back swinging in Atlanta. I can’t thank the team and everyone enough!”

“Arlington 3 was the most technical track of the Texas rounds, as there were several lanes with multiple jump combinations that the riders were using. Hunter rode well all day, continuing to get stronger. He was in podium position in the main event until a late-race crash into a safety net forced him to settle for fifth place. Chase showed his amazing speed, qualifying first and turning the fastest lap of the entire event! Unfortunately, a crash in the main event ended his evening sore and bruised. Ken had a great start in the main event and led 19 laps. He was losing time in the sand-whoop section while searching for a more consistent line. After getting passed, he settled in for a close second place. With five more rounds left, the team will regroup and prepare for Atlanta.” 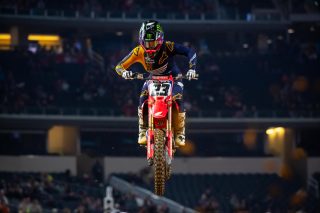 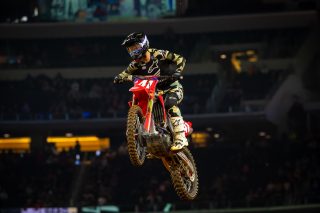 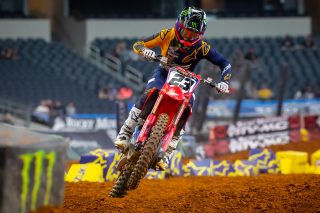 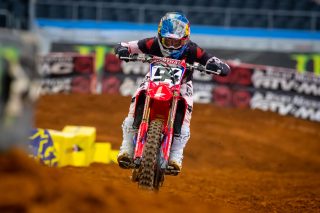 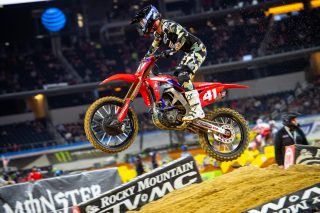 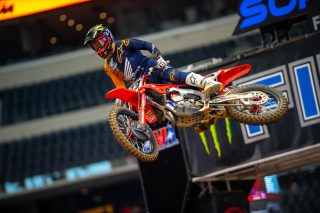 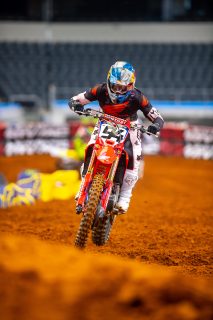 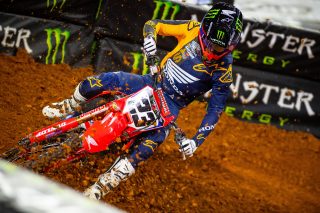 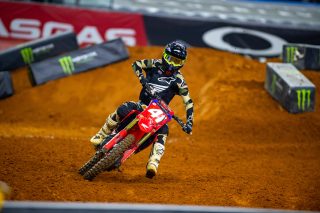 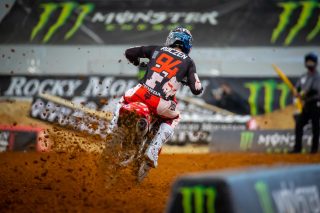 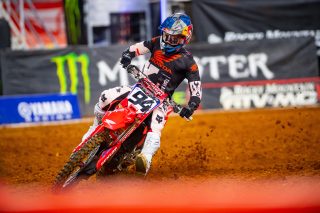 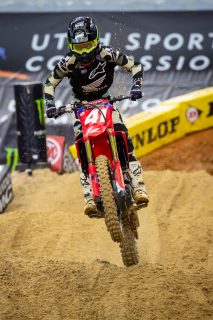 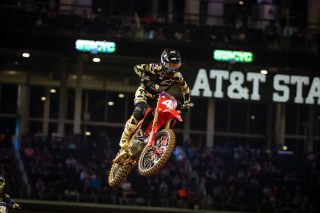 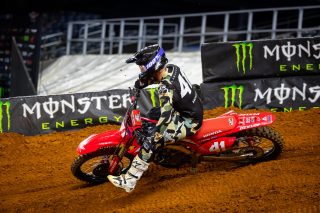 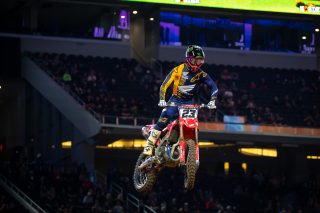 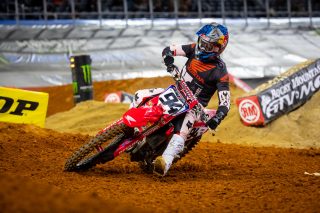 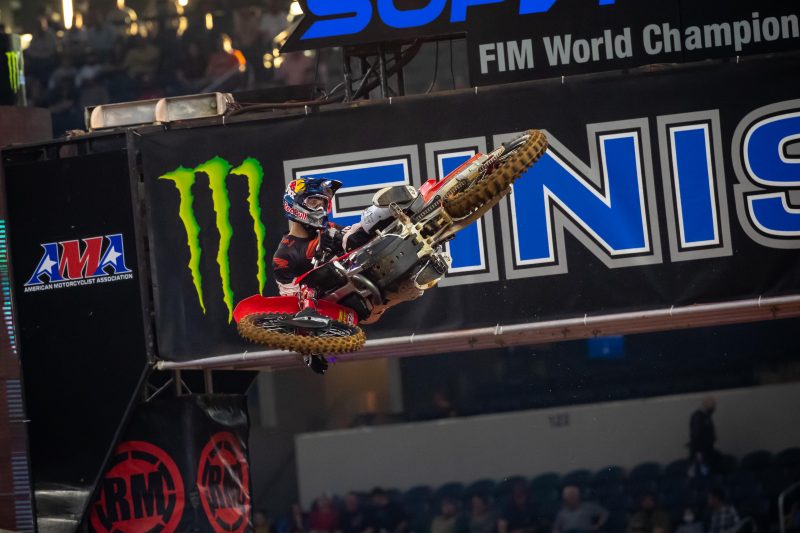