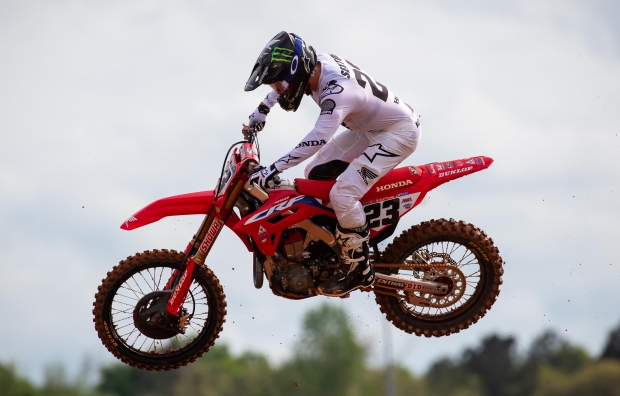 AMA Supercross’s debut race at Atlanta Motor Speedway–round 13–kicked off the venue’s tripleheader with a daytime event, where Team Honda HRC rookie Chase Sexton notched the first 450SX podium result of his career by charging to a runner-up finish. Sexton ran among the top riders for the entirety of the main event in what was an impressive performance by the Illinois native, who took second in qualifying and third in his heat race. It was a challenging main event for Ken Roczen, who struggled with the slippery track conditions and finished ninth. In the 250SX West race, Hunter Lawrence showed good speed on his CRF250R before finishing seventh.

The condensed, 18-minute-plus-one-lap 450SX main event saw Sexton run third early on before applying pressure 10 minutes in, passing points-leader Cooper Webb in the whoops. Sexton then capitalized on an Aaron Plessinger crash to take the lead for almost five laps before a run-in with a lapped rider cost him the lead with two laps to go. Nonetheless, Sexton was excited with his impressive runner-up finish. Meanwhile, Roczen was delayed by a pile-up after the main-event start and had to charge through the pack to finish ninth. The German remains upbeat and is still second in the championship standings.

The 250SX West class saw Lawrence finish third in qualifying and ride to an impressive heat-race win on the slick red dirt, but a first-turn crash in the 13-minute-plus-one-lap main event limited him to an eventual seventh-place finish. Red Riders Kyle Peters and Mitchell Harrison (of Phoenix Racing Honda and Muc-Off Honda, respectively) posted strong fifth- and sixth-place results.

“Atlanta 1 was a tough one. I really messed up on the start and then [Justin] Barcia crashed in front of me. I got caught up in his bike, so I had nowhere to go and ended up dead last. I wasn’t feeling myself all day and ultimately didn't feel good. I finished in ninth place, which is the last thing we needed at the moment, but all I can do is go out there and try my best. I’m going to forget about this past weekend, move on, and see what we can do on Tuesday. I’m looking to bounce back, get a good start and hopefully finish somewhere on the podium so that we don’t get too far back in points. As of right now, I just keep losing too many points, which is not ideal, but I’m just going to keep my head high and do some work with the team, try some new settings and see what we can do.”

“Atlanta 1 started off good. I qualified second, which put me in the first heat. Then it rained for about four hours, so they canceled the second qualifying; I certainly wanted to go out there, get a warm-up on the track and see what it was like. I came from around 10th in the heat race and finished third; I felt like I rode well. Going into the main event I told myself, 'Get a good start and you could win this race.’ I got a really good start and put down solid laps. I passed Cooper [Webb], and then AP [Aaron Plessinger] ended up going down, which gave me the lead. From there on, I just told myself, 'This is this is your shot; you’ve got to go and take it,’ and I rode my heart out. I put a lot of effort in that race and obviously came up a little short when Eli ended up getting me with a lap to go, which was unfortunate. It gives me a lot of motivation though, for the rest of these races. Now that I have a taste of what I can do out front, I'm looking forward to round two here in Atlanta and will try and get that top spot.”

“Rough day in the main event today. I got a good start thanks to a good heat race, where I took the win, but got hit from behind in the first turn of the main event and ended up crashing. It wasn’t really ideal to shoot ourselves in the foot that early. It was a tough start, especially with the conditions. I made as many passes as possible and ended up seventh, which obviously isn’t what we wanted. Sometimes things happen though, and I’m looking forward to Tuesday.”

“Atlanta 1 was a tough event, with the weather and track condition changes throughout the day. Hunter rode well in the slick conditions for his heat race but had a tough time finding his groove after a first-turn crash in the main event, eventually finishing seventh. Chase rode strong and consistently in the 450SX main event. He looked comfortable in the lead towards the end of the race, but unfortunately a lapper crossed his line while Chase tried to pass and caused him to give up the lead with just over a lap to go. The team was very happy for Chase on his first 450SX-class second-place podium finish! Ken struggled to get comfortable with the track conditions but managed a ninth-place finish in the main event. The team will regroup and focus on preparing for the Atlanta 2 event on Tuesday.” 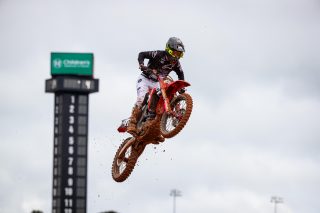 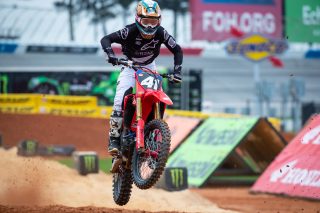 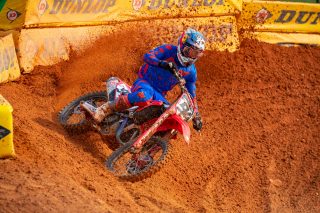 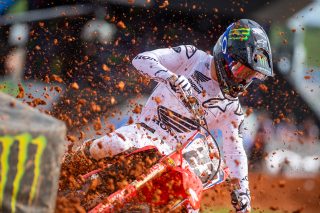 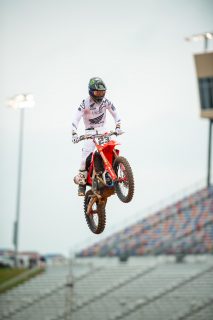 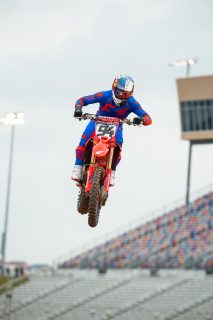 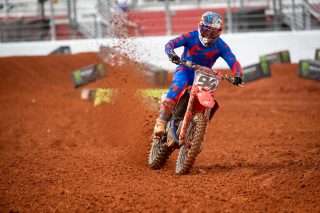 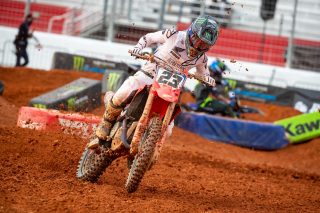 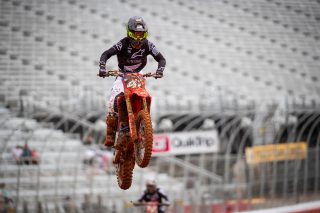 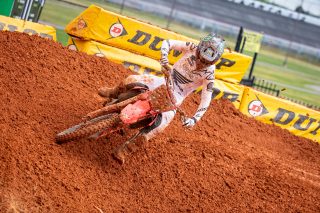 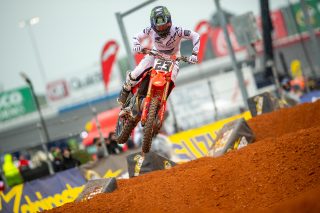 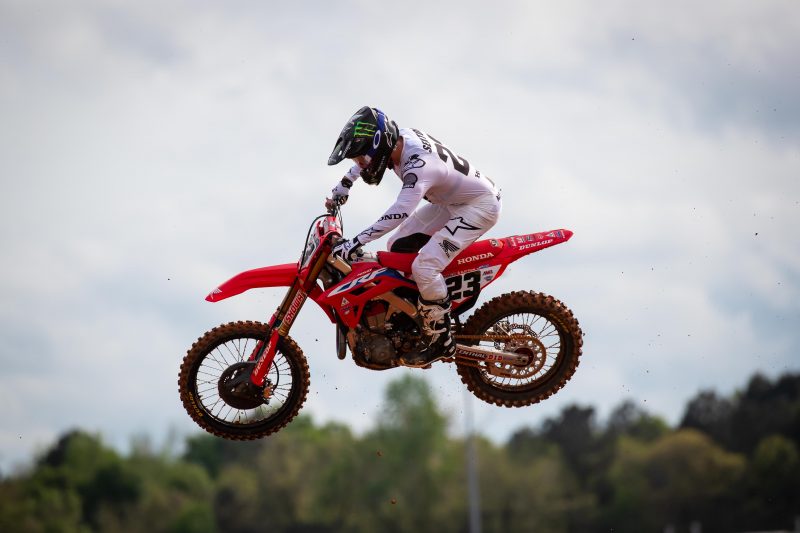