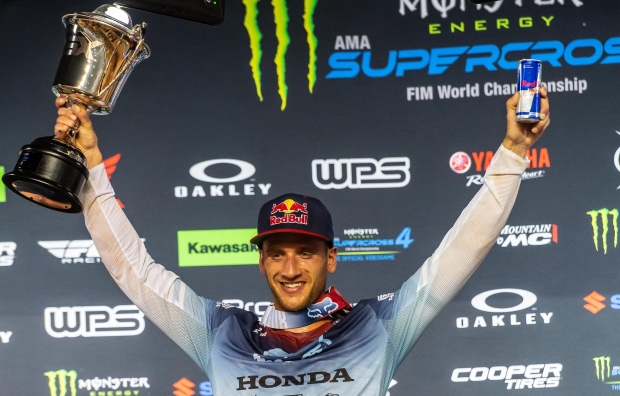 With a commanding, start-to-finish win aboard his CRF450R, Ken Roczen catapulted himself back into title contention at Tuesday’s Atlanta Motor Speedway race–the second of three consecutive events at the Georgia venue. The German topped his heat race, grabbed the main-event holeshot and turned the fastest lap time on his way to a nearly 8-second winning margin. It was Roczen’s fourth victory of the year and the 19th of his career, but his first since the February 6 Indianapolis 3 race, and it moved him to within 13 points of the title-chase leader, with three events remaining in the 17-round series.

Meanwhile, Roczen’s Team Honda HRC cohort, Chase Sexton, was also impressive, finishing in the runner-up position for the second time in three days. The Illinois native sat third after the first couple of turns and moved into second on lap two of 14, and that’s where he ran for the rest of the race.

In 250SX West action, Hunter Lawrence turned in a solid second-place performance aboard his CRF250R. The Australian was sixth on the main event’s restart and lost several positions early on, but from ninth, he steadily advanced through the pack, securing second with two of 11 laps left and staying there until the finish.

“I changed my mindset bigtime for tonight’s race. It started already in free practice, with setting the fastest lap time by just being aggressive. At the same time, we did some changes to the bike that helped out, but of course it’s always unproven until you start racing it. We did a bunch of changes throughout the entire day, and it really seemed to pay off. I was pumped with how I was riding, but I knew the main event was going to be a long one, just because of how tough and long the track was. I’m so pumped for Honda to have pulled off a first and second; it was a huge night for us, also in the points chase, and I hope we can keep this up and come back and battle again for Atlanta 3.”

“It was a good night--obviously, ending up on the podium is always good. I felt good all day; the faster track really seems to be suiting me, just having more room overall, to move around a little bit and have different options. I really liked the track and obviously it’s paying off with getting on the podium twice here. Second-place finishes are going to get old really fast--I just want more--but it’s cool to see Honda 1-2 on the podium. I’m looking forward to building on this Saturday, and we’ll try and get a win.”

“It was a tough day, actually. We were struggling with bike setup all day, and after the heat race the team made a really good decision. We made a shock change for the main, and we had to test it on the site lap, when I had to push to get a feel and make sure we didn’t have to change any clickers; I was happy with how the bike felt. In the first part of the race, before it got red-flagged, I was feeling really good but then crashed in the whoops. Thankfully, that race got scrapped and we were able to start again. I didn’t get the best start, but we just kept fighting the whole way. I had a really good ride and am pretty content with that for where we were during the day and for the start I had.”

“Last night was an exciting night for the team—all of the hard work and dedication paid off with a huge win for Ken and second for Chase and Hunter! The team did a great job preparing for the dry track conditions, and it showed with the outstanding results. Congratulations to everyone on the team for a job well done.” 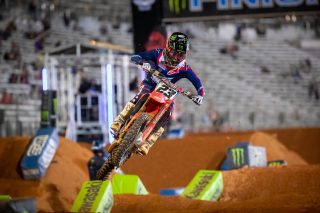 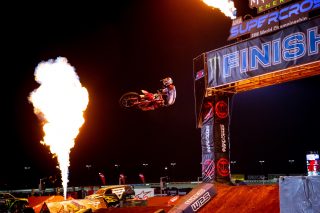 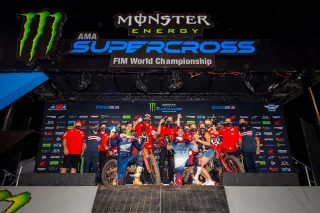 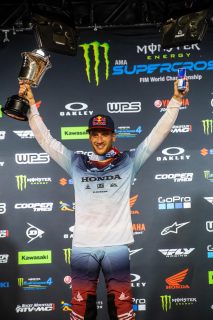 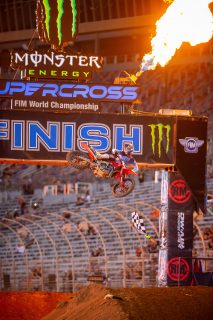 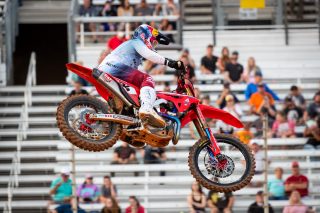 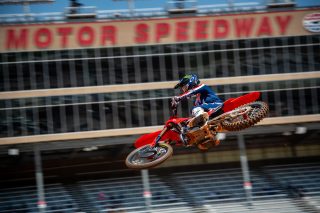 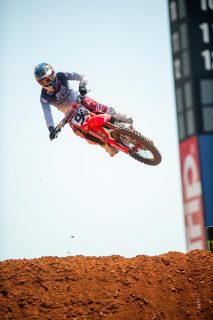 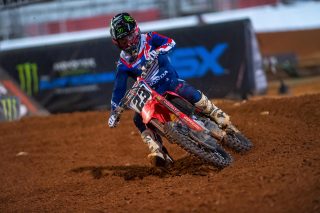 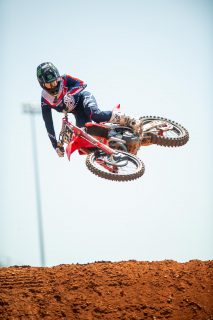 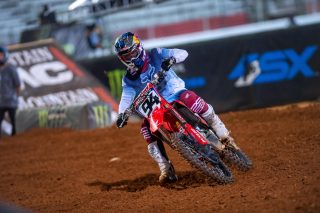 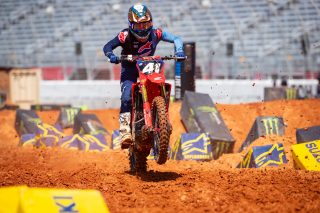 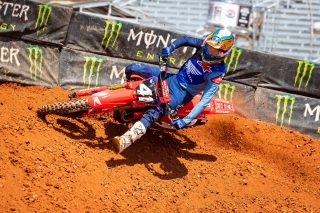 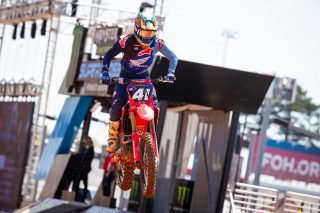 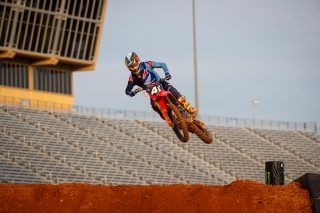 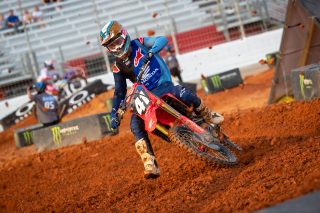 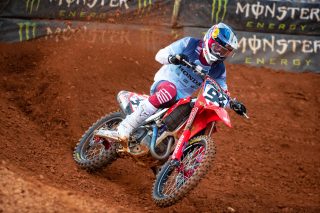 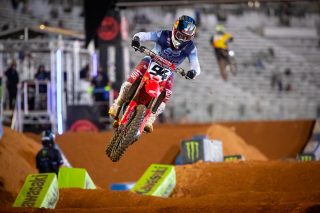 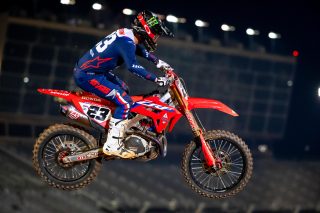 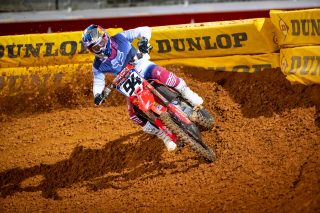 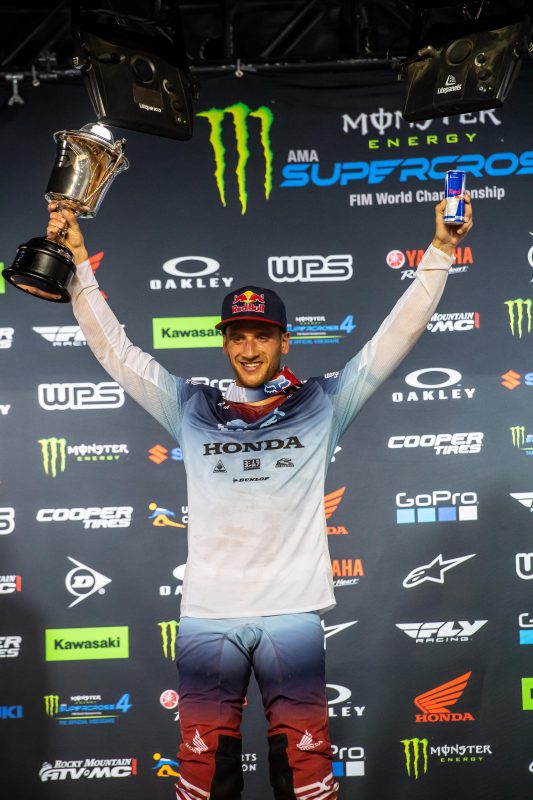