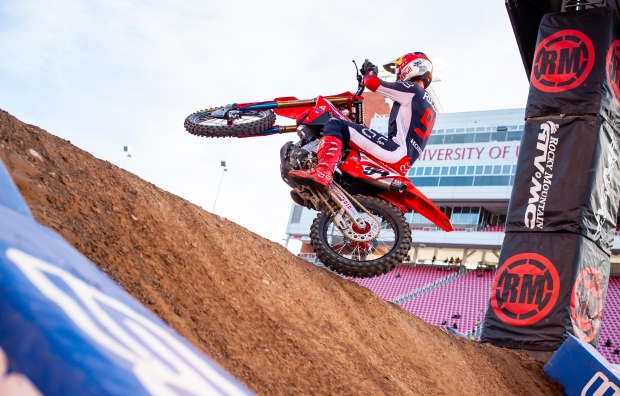 Team Honda HRC’s Ken Roczen took back second place in the AMA Supercross points standings with a picture-perfect ride to victory in the 450SX main event on Sunday. The German started in second but took over the lead on lap four, and that’s where he stayed for the remainder of the 29-lap race, establishing a comfortable margin along the way. It was Roczen’s fourth premier-class win of the season and the 15th of his career, though it was his first during this seven-race stretch to be held at Salt Lake City’s Rice-Eccles Stadium; Roczen has been battling health problems since the return to racing, but he put those issues behind him at round 15.

Roczen’s teammate Justin Brayton finished eighth in this, the fifth-consecutive race to be held at the venue. After being held up in the first turn and completing lap one back in 13th place, Brayton mounted a charge that put him eighth by the finish. Fellow Red Rider Malcolm Stewart also put in a solid ride aboard his Smartop/Bullfrog Spas/MotoConcepts Honda, finishing fifth.

Only two events remain in the series, with round 16 to take place this Wednesday and the finale set for Sunday, June 21.

●   Salt Lake City saw excellent weather conditions over the weekend, with a high of 75 degrees Fahrenheit.

●   On Friday, Ken Roczen revealed via Instagram that in addition to the virus he has been battling, he tested positive for shingles last weekend. Nonetheless, Roczen vowed to continue doing everything in his power to be ready and healthy for the remaining rounds.

●   As they had done the previous two weeks, Team Honda HRC spent time on Friday at the Flying Iron Horse Ranch private test track, with Roczen and Justin Brayton putting in laps in preparation for Sunday’s race.

●   After Friday’s practice, the Roczen and Brayton families hosted a team dinner at the Braytons’ short-term rental home near the private test track, and the Team Honda HRC crew enjoyed the opportunity to spend down time together and a eat home-cooked meal. Several had also gone cycling or hiking that afternoon, while a handful did extreme tubing and alpine sledding at nearby Olympic Park.

●   The schedule for round 15 was identical to that of the previous event, with the evening program kicking off at 5 p.m. local time. The practice format followed the typical timeline, with riders getting a decent break between each class’s second heat race and its LCQ. Additionally, pre-stage and staging procedures were the same as at round 14.

●   Most teams’ personnel and riders continued to follow all COVID-19-related rules and procedures and were reminded to do so for the remainder of their time in Salt Lake City. Officials stressed the importance of sitting at least five seats apart in the stadium, even with others in their functional group, and covering both nose and mouth with masks.

●   The track layout changed for round 15, with the start gate moving from the middle to one side of the stadium floor. The layout made it challenging for riders to pull off the track from the middle lanes.

●   The stadium-exit procedure also differed from at previous events. After crossing over the finish line, riders were directed to make the next corner, then continue down the straightaway to the following corner and exit through the stadium’s northwest tunnel. Interviews were reserved for first place after most races and up to fifth place following the main events. AMA officials directed riders to either the stage or the pit area depending on the needs of the TV crew.

●   In the season’s last 250SX West race, GEICO Honda rider Jett Lawrence put in an impressive performance to notch the first AMA podium of his young career. The rookie, who had challenged for the win at round four in January only to crash and break his collarbone, was midpack in the early going, but he steadily worked his way forward, moving into podium position with just a couple of laps remaining. Jett’s brother and teammate Hunter, in just his second AMA race, took seventh, with Christian Craig finishing 10th on another GEICO Honda after challenging for the lead early on.

●   With this event hosting the last normal 250SX West round, those West riders and teams that won’t participate in the East/West Showdown were asked to leave the pits with their rigs immediately after the conclusion. A nearby parking lot was provided for those who needed it.

●   The entry protocol for the East/West Showdown guarantees a spot to the top 20 in points from each region. If a qualified rider is unable to compete, an invitation is extended to the next rider (i.e., 21st in points, etc.).

●   One hour after the 450SX main event, the top three from both classes participated in the virtual post-race press conference via Zoom.

●   Roczen posted the fifth-fastest lap during afternoon qualifying, with a 43.860” in the final session, while teammate Brayton had a 10th-best time of 44.206”. Smartop/Bullfrog Spas/MotoConcepts riders Malcolm Stewart and Justin Hill were ninth- and 12th-best, with times of 44.142” and 44.470”, respectively.

“Tonight we did really, really good. I felt like I was able to go the full distance in the main, which was great. I knew it was just going to take a few extra days to get everything back lined up after the last couple of rounds and everything that’s been going on with my body. We won our heat race, which was really stacked--I got a holeshot there and it was great. I really felt good with the bike; we’ve been tweaking it a little bit here and there, and I was really gelling with it nicely tonight. I kind of liked the track; the whoops got really chewed up again and I think that was one of my strong points tonight. We ended up getting the win, which was great because the last three rounds have been really tough on me and the team. It was good to come back and turn all that negativity around into something positive. Every time I go out and win for myself and my team, it feels like my first win back. We were the best tonight, which is awesome. The team is happy and I’m happy and looking forward to the race on Wednesday.”

“I’m proud of that one--that was pretty good. I didn’t get the greatest of starts, but I made some good passes early. There was just a train of us--like six, seven, eight, nine guys--and I ended up eighth; I felt pretty good about my riding and my effort. The bike was great. I’d have loved a little better track position at the beginning of the race to play into my strength, which was whoops--I felt really good in the whoops all day. Overall, I’m fairly happy with it--not super stoked on the position, but my effort, the bike and the way I was riding were really good. I’m stoked on that and super stoked on the team getting a win with Ken. It’s awesome, and everybody here deserves it.”

“Great day. Both guys showed a lot of strength and a lot of speed all day long. Kenny rode really well in his heat race. The start in the main wasn’t all that spectacular, but he just made some good decisions in the first and second turns and came out right up front. He rode really strong and that was a great finish. Justin had a better ride also; I think his starts were hurting him today, but there’s a good adrenaline injection into the team, so we’ll carry that into the next round.”

“What a turnaround for Ken here in Salt Lake City! The last couple were rough to say the least, but I’m really happy and proud of him. He was able to dig deep and make some changes and just tough it out tonight and get it done. To see that Cooper [Webb] was right there and just didn’t have anything for him--I’m just really proud of Ken. We have a couple more and we’ll try to repeat before it’s over.” 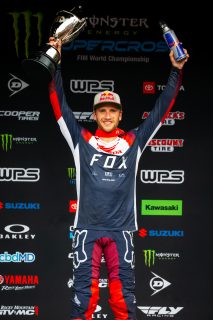 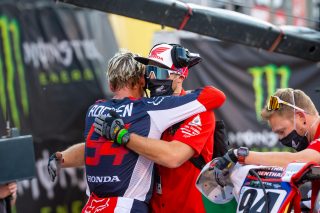 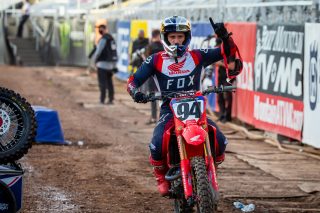 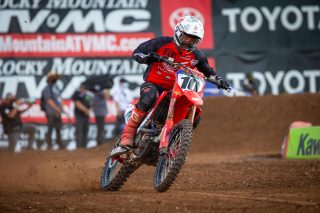 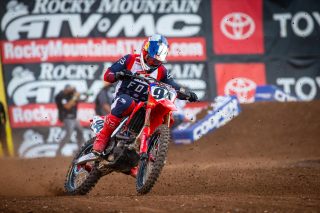 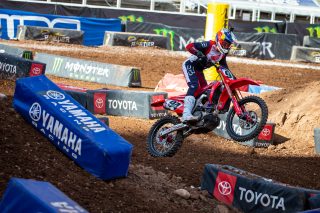 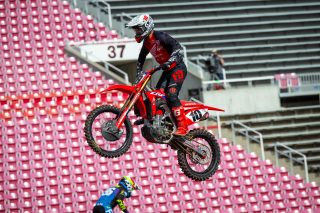 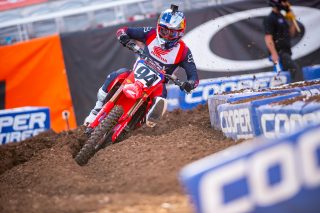 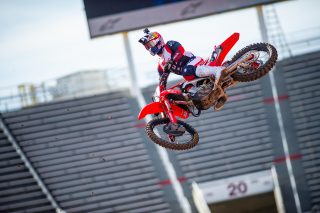 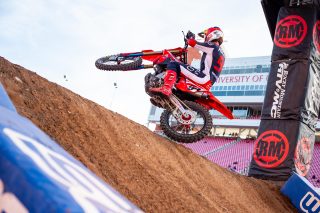 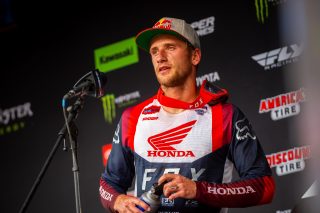 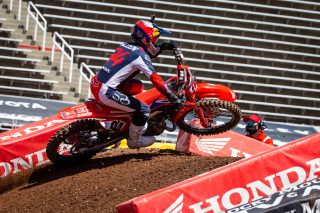 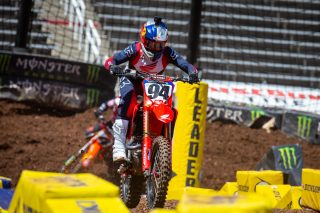 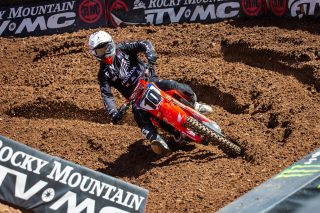 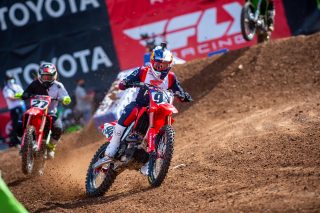 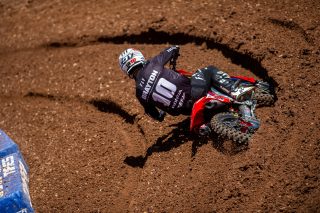 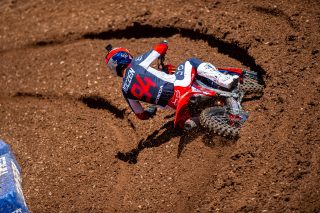 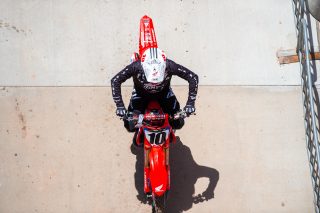 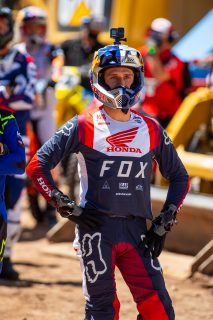 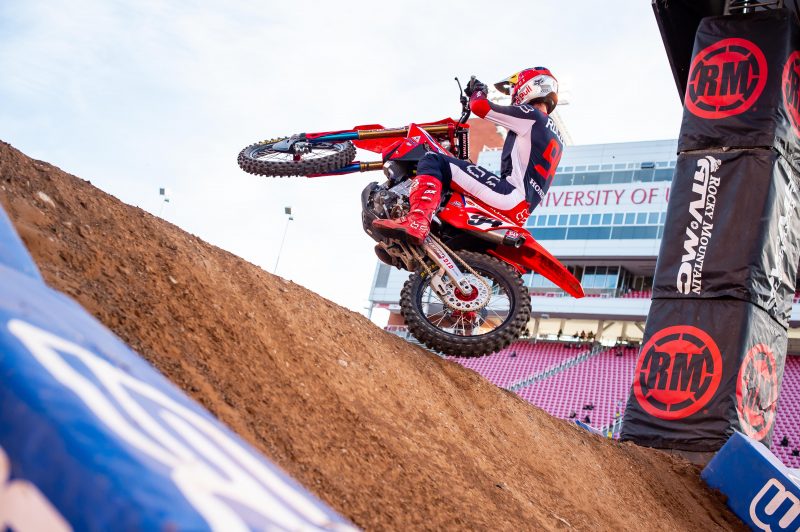