Team Honda HRC’s Ken Roczen posted a fifth-place result at the AMA Supercross series’ 14th round, held at Salt Lake City, Utah’s Rice-Eccles Stadium. After suffering from health issues during the last two rounds, the German enjoyed a great start in the 450SX main event, grabbing the holeshot and completing lap one in second place. He briefly assumed the lead on lap seven, and then after a minor slip-up, his momentum dropped and he slipped a few positions. Lap 20 saw him drop to fifth, where he remained until the finish. The result relegated Roczen to third place in the series standings, a mere two points behind second.

Roczen’s teammate Justin Brayton, who had suffered from stomach issues throughout the day, wasn’t able to ride to his potential in the 450SX main event, finishing 12th. Brayton enjoyed a decent start, completing lap one in sixth place, but he lost momentum and slid to 11th by the midway point of the 26-lap race. Struggling to feel comfortable on the track, Brayton eventually fell to 13th, but he regained a spot in the late going.

Three events remain in the series, all at the same venue, with round 15 taking place on Sunday and the last two following in quick succession.

●    After a couple of cold, stormy days following round 13, Rice-Eccles Stadium experienced warm, dry conditions for its fourth race of the season. Team Honda HRC personnel and riders were conscious of the dry environment and remained hydrated.

●    With only two off days between races, the Team Honda HRC crew spent most of their time at the stadium, prepping the bikes for Wednesday’s race. Meanwhile, riders and families spent some time outdoors enjoying the unexpected snowfall near Park City, where most racers are staying during their time in Utah. Some took advantage of the weather and went snow tubing, while others continued their cycling and hiking routines.

●    The riders’ meeting for round 14 was posted on YouTube on Tuesday evening, welcoming the 250SX West riders who joined the series for the first time since the return to racing. Officials geared this meeting for those new arrivals, stressing the importance of practicing social distancing. Teams were also reminded to store all loose items and secure awnings appropriately before leaving the pits for the evening, in case of high winds. The meeting ended with the optional chapel service, conducted by Jake Vanada.

●    Round 14 ran later than the previous event, with the evening program kicking off at 5 p.m. local time. The schedule was back to a typical timeline, with riders getting a reasonable break between the second heat race and LCQ.

●    The post-race press conference took place via Zoom one hour after the main event, and several selected riders are scheduled to participate in an additional virtual media scrum Thursday afternoon.

●    After the first 450SX free practice, it was evident to the Team Honda HRC crew that Roczen needed a different rear tire, and the adjustment was made prior to the first qualifier. Roczen posted the second-fastest lap of afternoon qualifying, with a 44.975” in the final session. Smartop/Bullfrog Spas/MotoConcepts rider Malcolm Stewart was eighth-best at 46.073”. Brayton had an 11th-best time of 46.710”.

●    Roczen shared some insight into what he has been dealing with the last few races. “I had another viral flare-up and obviously two days is not enough to get back to 100 percent,” he explained. “Unfortunately, I’m just going to have to deal with this right now. I feel like I’m riding good, and the team is working great. I’m getting good starts and trying to hang in there. A little bit through the main event, I thought I had another flat, because my tire rolled on the bottom of the jump and I jumped into the Tuff Blocks. Overall I did the best I could in the last two days, just to try and get back up there. All I can do is try and come back again on Sunday. We’ll have a few more days in between and hopefully we’ll make another step forward and battle a little further up front.”

●    The first 450SX heat race saw Roczen work his way forward to second place, where he engaged in a long battle with leader Cooper Webb. Although the German was able to easily maintain the pace, he ultimately settled for second, two spots ahead of Stewart. In heat two, Brayton’s fifth-place result made him the top Red Rider, with Stewart’s teammate Justin Hill ninth.

●    The 250SX West main event proved to be a difficult one for Red Riders, the best-placing one being GEICO Honda’s Christian Craig, who recovered from 20th place on lap two to finish eighth. Craig’s teammate Jett Lawrence, in his first race back from a broken collarbone, ran in the top five in the early going, but a mistake on lap 11 put him back in the pack. Also making the top 10 was Penrite Honda’s Mitchell Oldenburg.

●    As has been the case in the 250SX East class, there were more riders of Hondas than any other marque in the West Region main event, at seven. The same was true in 450SX, with six CRF450R-mounted racers.

“Coming back after two days of trying to get everything lined up again following a tough race, I had a lot more fight and felt a lot better today. I had a good heat race and was able to put up a fight at least for some of the race. I’m not 100% yet obviously, because two days unfortunately is just not enough to get everything lined up, but it was much better than the last race. We’re going to just continue fighting because this stuff is out of our hands and we have the speed and good starts and everything. We have to get my body right and I think we can be on the top step much more consistently.”

“It was my roughest one yet. I’m not really sure what went on, but today was just kind of a struggle most of the day. The best thing about this format is that we race again in a few days, so I’m going to try and forget about that one. Overall, I honestly can’t really pinpoint anything other than kind of a stomach bug for most of the day; I didn’t have the energy I needed for that main event. Definitely a bummer, but it’s all good and we’ll come back fighting in a few days.”

“Overall a much better day for Ken. In the main event he had a really good start; he was right there in the corner for the lead and battled for that lead for over half the race. He hung on a lot better than last week. There was big improvement, so I think this is something to build on. Justin unfortunately had a rough night. He was sixth on the start for the first lap, then got banged around a little bit. He struggled to get comfortable after that and rode tight. Now we get to regroup for another couple days and then come back at it.”

“As a whole, today was a decent turnaround from Sunday for Ken. He was able to have a really good heat race with Cooper [Webb], good qualifying, and even in the main event he had a lot more fight in him and was able to go quite a bit harder than Sunday. Ultimately, it’s not the final result that we wanted, but definitely a step in the right direction with only two days’ time for recovery. I’m proud of him. Hopefully we’ll get one of these before it’s over.” 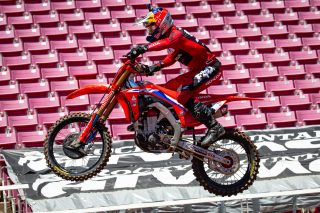 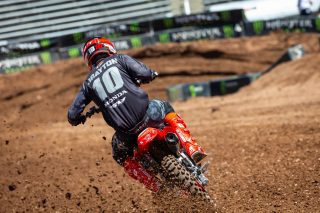 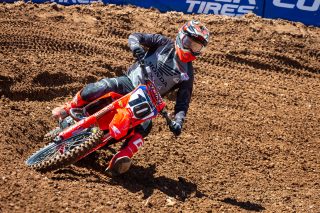 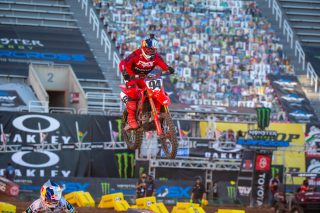 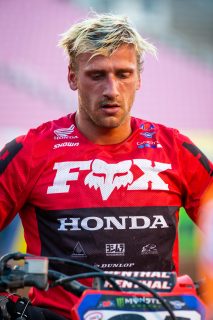 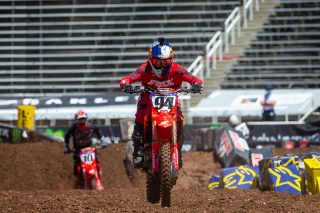 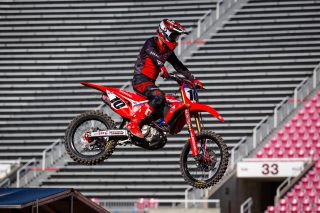 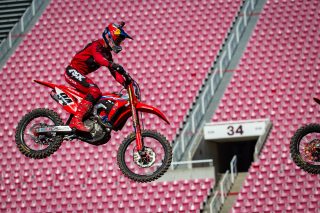 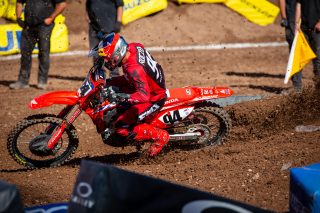 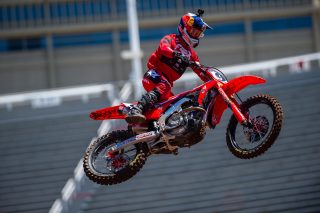 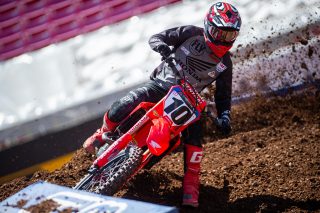 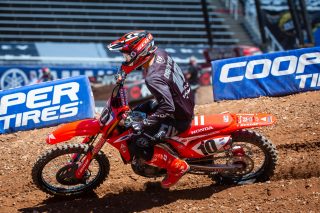 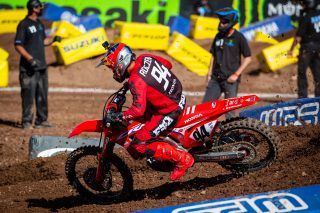 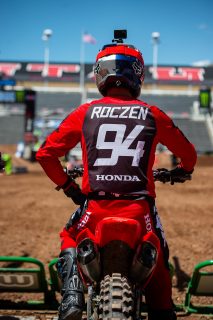