The Indianapolis Supercross saw Team Honda HRC cohorts Cole Seely and Trey Canard collect a pair of podium results aboard their factory CRF450R race machines, with Seely taking second and Canard finishing third. Seely continues to showcase himself as not only the top rookie in the 450SX class, but also a solid candidate to earn a race win by season’s end. After posting the fourth-quickest qualifying time in daytime practice, the Californian finished second in his heat race, advancing directly to the main event. Seely took advantage of a good gate pick, launching off the line to a third-place start and quickly making the pass into second. Learning from his mistake in Daytona the previous week, Seely remained patient, following the leader for much of the race. His runner-up finish vaulted him from seventh in the championship standings to fourth.

Canard secured the final podium position, but not without difficulty. Once again, the Oklahoma native was hindered by a lackluster start that left him 11th after the completion of the opening lap. Canard immediately set about making up ground, and by the midway point he sat third, which is where he finished. It was his seventh podium appearance of the year.

THE FOCUS: Honda and “The Brickyard”

The night before the gate dropped at Lucas Oil Stadium, Team Honda HRC’s Trey Canard and Cole Seely, along with GEICO Honda’s Eli Tomac, Justin Bogle, RJ Hampshire and Jordan Smith, participated in the Westfield Powersports Supercross Party, which this year took place at legendary Indianapolis Motor Speedway, six miles from Lucas Oil Stadium. Prior to the festivities getting underway, Canard, Seely and Tomac had a special opportunity to venture onto the track to kiss the fabled Yard of Bricks, a tradition that began in 1996 to pay tribute to the venue’s long history. Despite the rain, riders also got to sit in an official IMS pace car for a couple laps around the famous circuit.

“Getting to come to the Indianapolis Motor Speedway was an awesome experience,” Canard said. “I know you’re only supposed to kiss the bricks if you win, but you can’t pass up such a unique opportunity. I was also hoping it may bring a little good luck, since so many great racers have done the same thing. It was really special to ride in a pace car and check out the track from that perspective—talk about cool!”

Red Riders have a proud history at the Brickyard, as members of the Repsol Honda team (one of the five squads supported by HRC) have earned victories at the circuit’s annual MotoGP event for the last five years. Dani Pedrosa won in 2010 and ’12, Casey Stoner topped the 2011 event, and current reigning MotoGP champion Marc Marquez was the winner in ’13 and ’14. This year’s Indianapolis MotoGP round will be held August 7-9.

Honda is also one of two manufacturers supplying engines that are used in the prestigious Indianapolis 500. This year’s race takes place in May, when Ryan Hunter-Reay, of the Honda-powered Andretti Autosport team, will defend his title.

“The night could’ve gone better but it also could’ve gone worse, so overall I’m grateful to be walking away healthy. I had a scary crash in practice, then went down in the first turn of my heat race and had to transfer through the semi. That gave me a bad gate pick for the main and I had to line up pretty far to the outside. Again, I didn’t get a great start, so I just tried to make passes as early as possible and work my way through the pack. I made my way into third, but by that time the front guys were pretty far apart. I’m happy with a podium, but it’s a bummer that I let Dungey get away with more valuable points. I’m even happier for my teammate Cole; he rode awesome tonight and really deserves to be up here.” 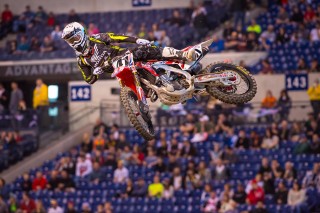 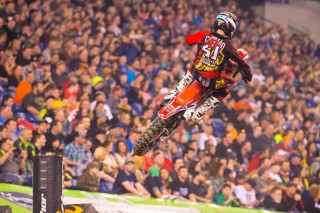 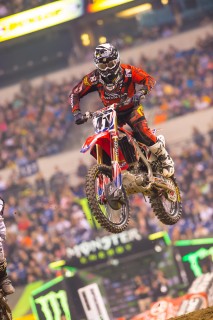 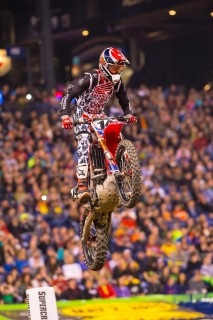 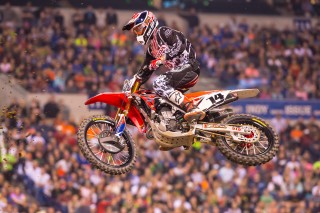 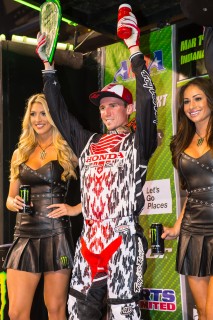 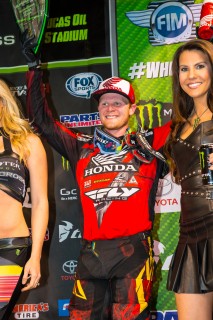 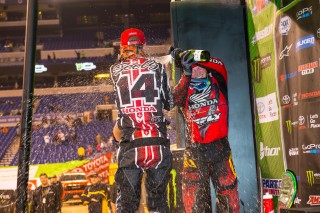 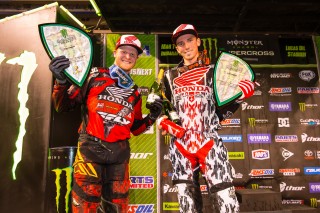 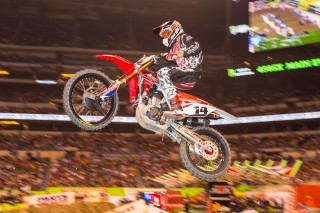 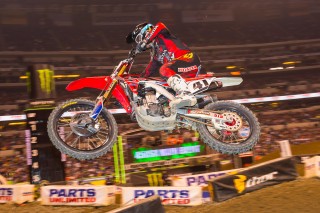 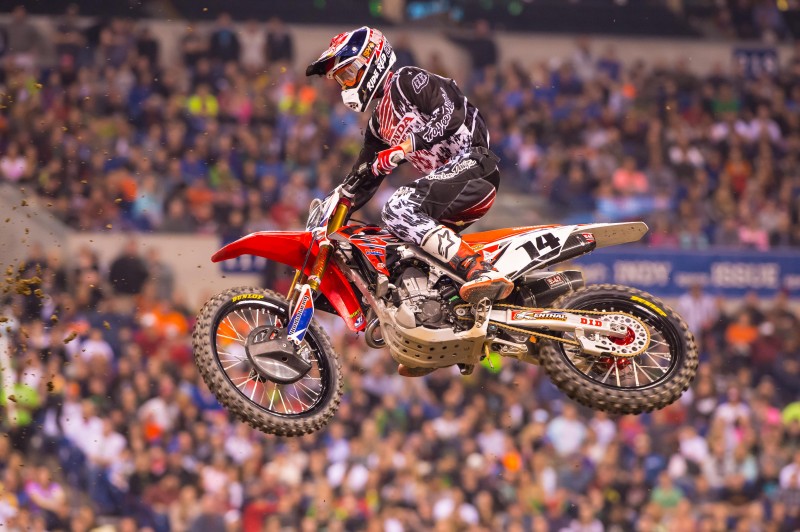