Team Honda HRC had a night of highs and lows at the Detroit Supercross. Cole Seely turned in another solid performance, scoring his third heat-race win of the season before riding to an impressive third-place finish in the main, while GEICO Honda rider Eli Tomac took the win. Meanwhile, Seely’s teammate Trey Canard was involved in an incident with another rider in his semi-race, leaving him with a fractured arm and ending his participation in the 2015 AMA Supercross series.

THE FOCUS: The Return of JMB

In addition to hosting HRC’s Mr. Nakamoto and Mr. Inomoto in Detroit, Team Honda HRC was also joined by Jean-Michel Bayle, Sporting Manager for Team HRC in the MXGP series. Bayle has a long and successful racing history, having worked with Honda for his entire professional MX career. After winning the 1988 125 and ’89 250 World Championships, the Frenchman came to race in the U.S, where he had an amazing 1991 season, collecting the AMA Supercross crown, as well as the 250 and 500 Motocross titles. Bayle went on to campaign the road race Grand Prix series before retiring at the end of 2002.

“It’s a great memory and relationship because all my championships that I won throughout my career were on a Honda,” Bayle said. “It’s close to my heart, and it’s also quite funny now because many of the people that I work with now at HRC and Honda are the same people I worked with when I was racing. It’s great to be back.”

Throughout the day, Bayle assisted the team and gave his guidance to Canard and Seely following each practice. “I follow Supercross and motocross regularly to see how Honda is doing, but it’s nice to come occasionally and actually see one,” he said. “It’s a special feeling to come back to a race because I know the feeling of being down on the line; I appreciate it a lot. It’s also nice to be able to give back to young riders and share my knowledge. I feel very good about it.”

Bayle even had the chance to see his old teammate, Jeff Stanton, for whom Detroit is a home race.

“It’s really a bummer to have my series end this way, especially because I’d been having my best season yet until this point. It was a bad crash, but it could’ve been worse, and I hope [Jake] Weimer is okay. I’m disappointed for the team because they’ve been working so hard for me all year; even though the championship was probably out of reach, we got a couple wins and I think we could’ve finished second in points. Injuries are never fun, but there’s nothing to do now but get this taken care of and try to be healthy for the outdoor series. I appreciate all the support from my fans, and I look forward to seeing everyone as soon as possible.”

“GEICO Honda's Eli Tomac rode very well tonight and his pace was fast throughout the whole day. Cole Seely also rode very strong. Overall, we’re pretty happy with these guys finishing first and third. It’s very unfortunate for Trey Canard, but he was trying hard and hopefully he can come back quickly. Congrats also to GEICO Honda's Justin Bogle for his first win of the 250SX season!” 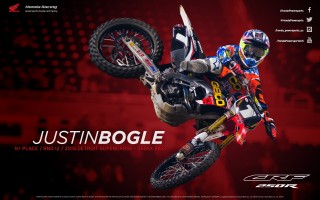 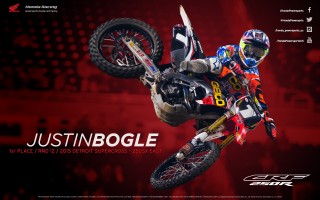 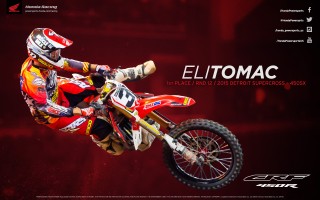 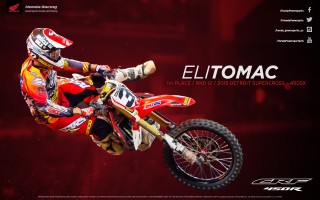 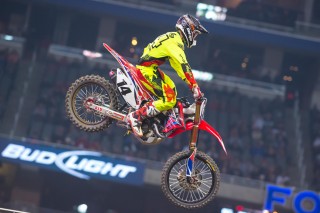 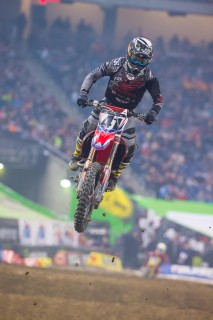 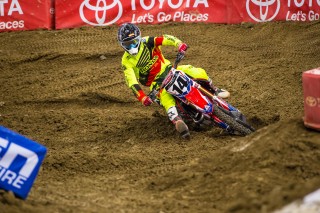 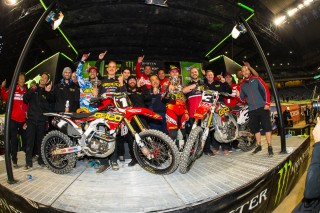 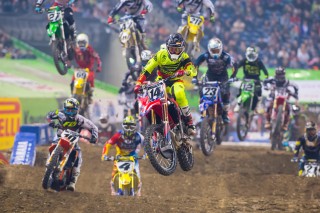 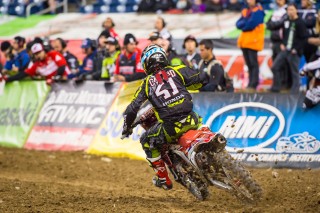 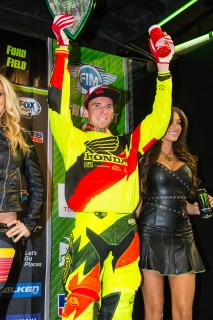 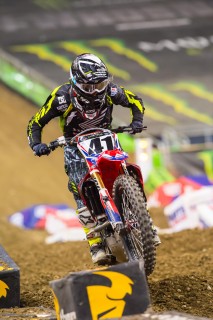 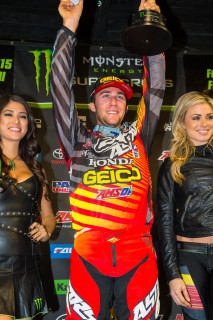 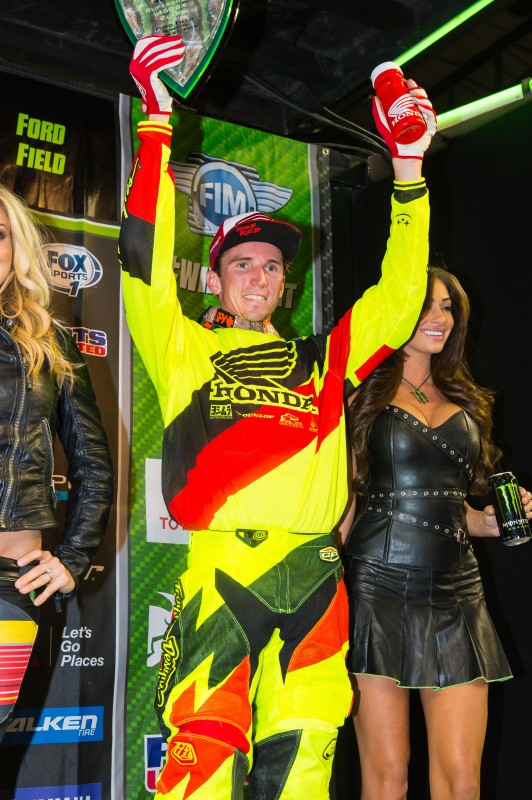