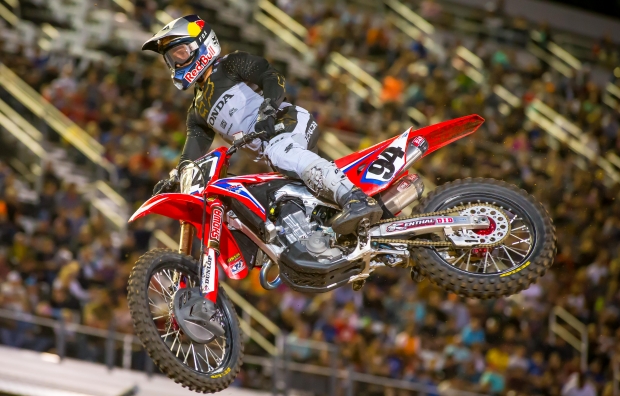 The 2019 edition of the Daytona Supercross, held at the iconic Daytona International Speedway, is a race that Team Honda HRC would like to put behind them, as both Ken Roczen and Cole Seely were involved in the same second-turn crash, leaving them both fighting for position.

When the gate dropped on the night’s main event, Roczen and Seely both got decent jumps down the start straight. As the field careened into the second turn, another rider got sideways, ultimately hitting Roczen and starting a chain reaction that would lead to both Roczen and Seely going down. Both riders remounted their CRF450R race machines at the back of the pack and went into salvage mode to regain as many positions as possible. The German was able to maneuver his way through the field more successfully, working his way into 10thby lap six. He continued his charge forward, making his way into eighth by the checkered flag. Seely also fought for positions but struggled to maintain his pace toward the end of the 20-minute-plus-one-lap race, settling for 13th.

“I’m definitely disappointed in tonight’s result; it’s my worst of the season. I think for the most part the day went well, and I was feeling really good on the bike. Unfortunately, in the main event, there was a pileup in the first turn and I got caught between my bike and Cole’s and couldn’t get up. Once I was up, I did my best to make up as many positions as I could during the race, making my way into eighth—not what I wanted and we’re now also down in the points standings, but there are still seven rounds to go. I’m going to set my eyes forward and bounce back in Indianapolis.”

“It was a challenging night results-wise, but I do think there are positives to take away from today, as both guys showed a lot of speed while on-track. Cole rode well in his heat and that really should’ve been his heat to win; unfortunately, those guys got by him with one turn left. Ken also put together some really strong laps throughout the main event, while he was working his way forward. There were about two or three separate laps in the middle, where he was the fastest guy on the track or at least matching the pace of the leaders, so speed-wise he was right there. It’s unfortunate he couldn't be up there running with them, fighting for a podium and the win. When you give yourself a deficit like crashing on the first lap on a course like this, it’s really hard to come back from it. With Cole we’re still working on his confidence. I think he just needs to believe in himself and that he deserves to be up front and is one of the guys that should be running up front. We’re working with him on that, and Trey [Canard] has been a big help because he’s been in this situation before.”

“I think everyone kind of approaches Daytona in a similar way. Every year before this race we go build some sort of replica track to get the riders used to the sandy soil and maybe come up with a few new settings but they’re normally really close to what we traditionally run at any other race. During practice today we made some small changes to fine tune things, settling the bike down in the moguls and a few other areas. After that he didn’t really touch the bike for the rest of the day and was pretty happy. The main was a challenge; I’m not sure exactly what happened but I know Cole and Ken both went down and from there that set the tone for the rest of the race.” 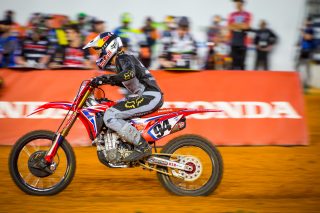 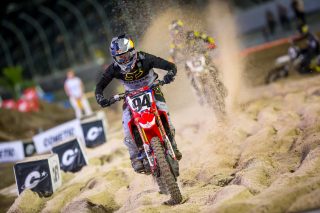 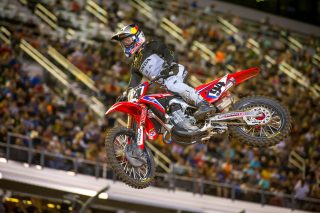 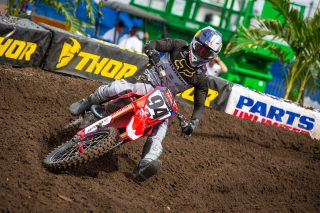 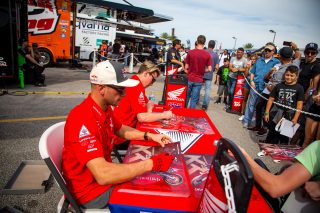 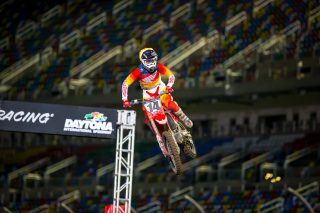 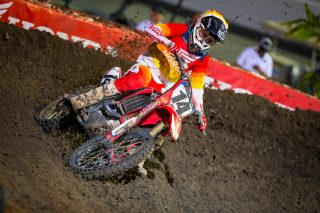 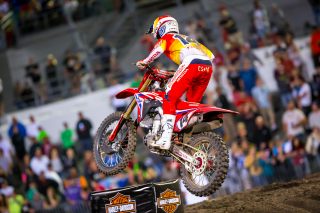 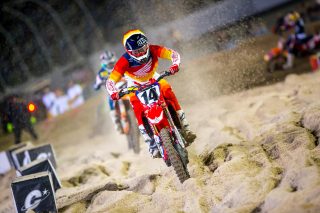 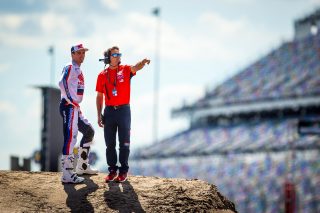 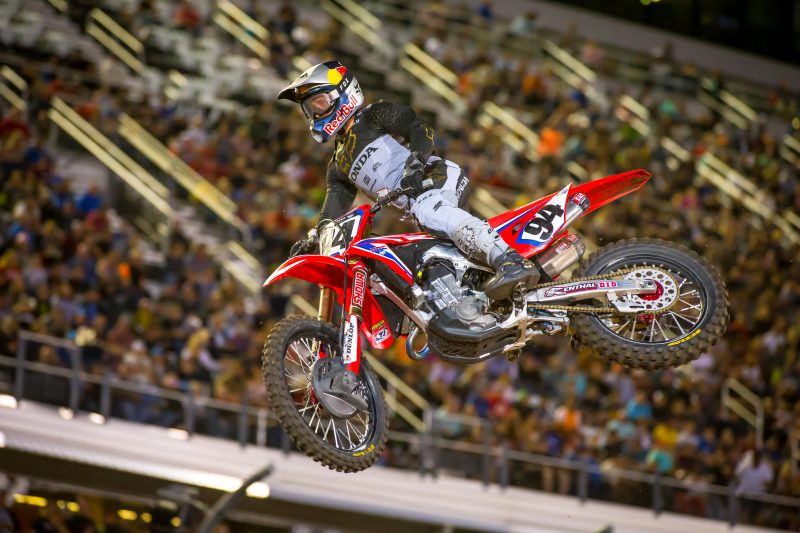