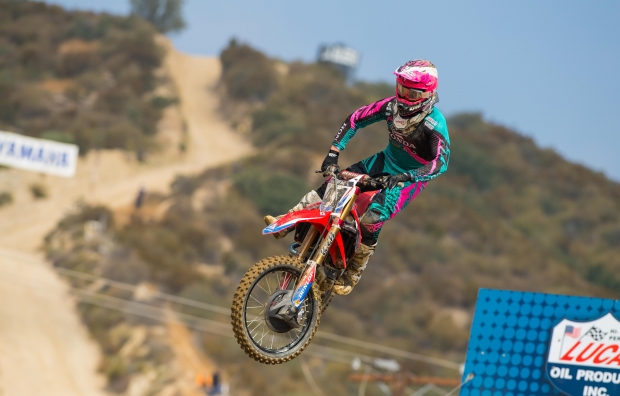 Round two of the AMA Pro Motocross championship at Glen Helen Raceway was another positive event for Team Honda HRC, as Trey Canard scored fifth overall with 7-4 finishes, while teammate Cole Seely carded seventh with 5-10 marks. In the day’s opening moto, Canard secured the holeshot aboard his CRF450R before dropping into second. On the following lap, Canard slid out going around the banked Talladega turn, falling back to 15th. He spent the remainder of the race charging forward before crossing the line in seventh. In moto two, Canard nailed another solid start, completing the first lap in sixth. The Oklahoman moved into third a few laps in but eventually relinquished the position and settled into fourth, which is where he would finish.

Seely had also enjoyed a solid start in moto 1, not far behind his teammate in sixth. On the second lap, he moved into third but subsequently slipped back two positions to fifth. He settled into a rhythm and maintained that position to the checkered flag. In moto two, Seely was 10th off the line but went down at the bottom of Mt. Saint Helens, losing several spots. He remounted in 15th and spent the remainder of the race trying to regain as many positions as possibly, ultimately crossing the line in 10th.

THE FOCUS: Mastering the Mountains

The Glen Helen track features a number of drastic and challenging elevation changes, the largest of which is Mt. Saint Helens, which could make or break a race. Towering hundreds of feet over the rest of the track, this is a prime opportunity for riders to gain time on the competition, but if they’re not careful one mistake could cause them to lose time or worse. “I think it’s most important to be patient and not try to be a hero down the hills,” Trey Canard said. “If you push it too hard, one small mistake could cost you the race or your season. You want to try to be as smooth as possible and find the right line up and down. Bike setup is also very important but we can’t really set the bikes up too much for the hills because you also have to ride them everywhere else.”

“There really isn’t a huge change made to the bike to adapt to the hills,” confirmed Canard’s mechanic Brent Presnell. “We’re able to test a lot at Glen Helen and although we don’t run the full hills on practice days, we’re able to keep an eye on things and test some stuff. We know the hills do a number on your forks, so it’s important to have a solid setup there.”

There are a lot of good things to pull from today, especially with my starts. I’ve been searching for it for a long time, so to get the holeshot in moto one and a top-five start in the second was awesome. It makes me excited for the rest of the year and gives me a lot of hope as I continue to improve. After I got the holeshot, [Ryan] Dungey got around me pretty quick and I just washed out and fell back pretty far. I didn’t feel ultra comfortable but I made it back to seventh and we made some good changes for the second race. I got another good start in moto two and worked up to third at one point but [Eli] Tomac got me. At that point I just decided to ride it out for fourth; the track was really dangerous and I was feeling pretty flat so I just wanted to get out of here safe. 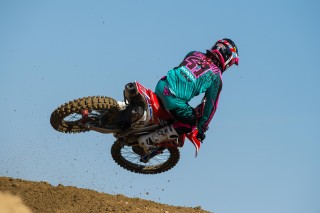 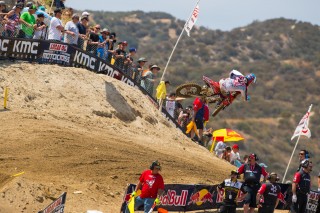 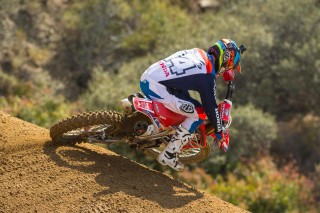 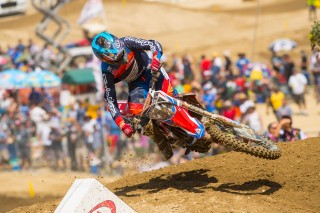 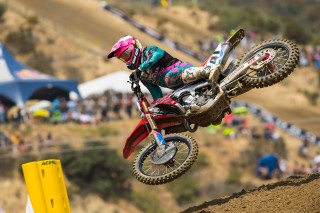 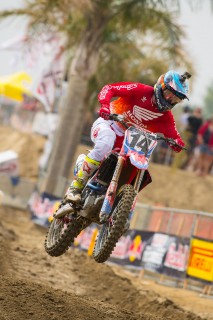 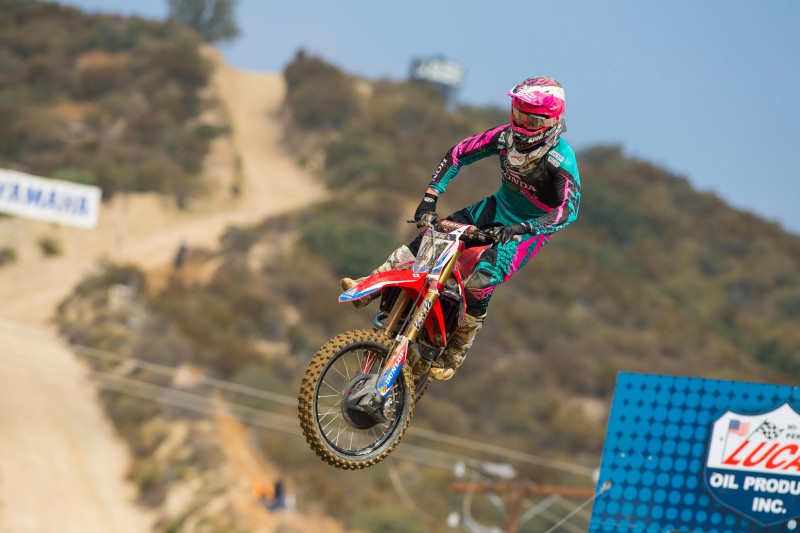