Although Team Honda HRC fill-in rider Christian Craig was disappointed to finish in ninth place in St. Louis after struggling to find his rhythm on the track, he stayed safe and is determined to return to the pace he has shown in recent weeks. When the gate dropped for the main event, Craig got sideways out of the gate, causing him to lose momentum down the start-straight. He rounded the first turn in ninth but managed to work his way into sixth on the opening lap. Prior to the midway point, Craig relinquished two positions, settling into eighth, and on lap 22, the Californian succumbed to one more rider before taking the checkered flag in ninth.

Coming off his win in Daytona, Smartop/Bullfrog Spa MotoConcepts rider Justin Brayton carried his momentum into Missouri. Brayton secured his third heat-race win of the season before charging to a fourth-place finish in the main event.

“Today started off decent, but I struggled a lot with the track. I was pretty frustrated throughout the day, so just reset for the heat race, where I finished fourth, which was okay. I went into the main and was focused on trying to have fun but I just couldn’t get a flow. I was just riding around—couldn’t push and didn’t have any intensity. Overall I was a little off today and it was frustrating, especially after two really good weekends. I wanted to keep the ball rolling, but a ninth place isn’t the best. It’s also not the worst though, so I’ll just learn from this and regroup for next weekend.”

“I thought today was a learning experience for Christian. He’s still adapting to the 450 class and bike, so he’s coming away from here learning a few more things. We’ll take it into next week and apply it. I think he did well overall though. It just was a tough track for him and he never really found his groove or sync with it. A solid top 10 finish in this class is good, and we’re out of here safe, which is the most important.” 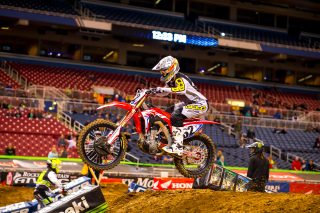 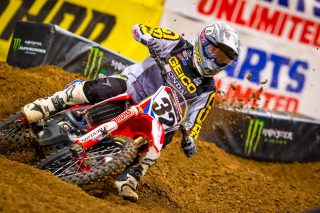 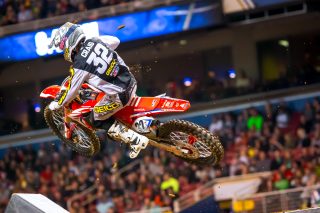 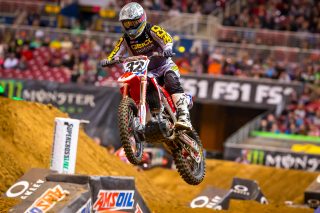 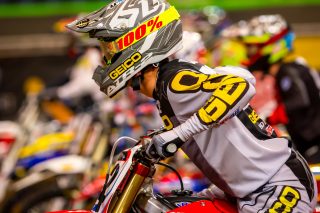