TORRANCE, Calif. (September 12, 2019) – Team Honda HRC announced today their roster of racers for the 2020 race season, with a unique arrangement that will see two different riders competing in separate series alongside Ken Roczen, who earlier this year signed an extension to his agreement. Joining the factory squad during the AMA Supercross series will be Justin Brayton, who has ridden for the Smartop/MotoConcepts/Bullfrog Spas Honda team for the past three years and had planned to continue in that partnership until this opportunity arose. For the AMA Pro Motocross series, Brayton will pass the baton to current GEICO Honda rider and reigning 250SX East Champion Chase Sexton, who will join the factory 450 effort fulltime at that point.

A veteran rider with a solid résumé, Brayton brings experience and consistency to the table for the 17-race Supercross series. This isn’t his first stint with the team, as he raced with the factory Honda squad in 2012, when he scored his career-best series-overall placing of fourth, achieved with the help of five podium finishes and six additional top-five results. Since Brayton’s return to the Honda brand in 2017, he and the MotoConcepts team have opted to race Supercross only, and he has continued to log impressive rides including his first-ever victory, in 2018 aboard the MotoConcepts bike at Daytona—arguably the most challenging stop on the circuit. The Iowa native is also a two-time Australian Supercross Champion and will in fact return Down Under this fall to defend that title with the Penrite Honda squad before turning his attention to preparing for 2020 aboard a Team Honda HRC CRF450R.

“I’m beyond excited to be riding for factory Honda in the 2020 Supercross season,” said Brayton, 35. “Riding with the team in 2012 was the achievement of a dream for me, and I had my best season so far that year. Now I feel like I’m living my dream all over again, just a little older and more experienced to be able to take full advantage of this opportunity.”

Meanwhile, Sexton will have the opportunity to once again campaign the 2020 250SX series with GEICO Honda before moving up to the CRF450R for AMA Pro Motocross. The Illinois native will not defend his East crown in Supercross, but will instead ride a CRF250R in the West region before beginning his Team Honda HRC agreement, which currently runs through the 2023 season. There’s also a possibility of him periodically competing in the 450SX class at East rounds, as a wildcard rider.

“I’m super excited to be joining Team Honda HRC,” Sexton said. “Factory Honda is a team that I’ve wanted to ride for since I was a kid, so to have this opportunity is honestly a dream come true. I’m looking forward to starting this journey with them, and I think it will be a successful one. I think the CRF450R suits me because I’m a bigger guy and I ride it well. Still, 2020 is going to be a learning year for sure. I’m just getting my feet wet in the 450 class, and it will be good to have an outdoor series under my belt to get me ready for a full 17-round 2021 Supercross series. I’m also looking forward to being teammates with Ken. We’re pretty close friends and train together every day, so I think this will push us both and take us to the next level. You couldn’t ask for a better guy to have under the tent, with his speed and knowledge.”

“We’re really happy to see Chase get this opportunity,” said GEICO Honda co-owner Jeff Majkrzak. “He started with us in our Amsoil Honda amateur program and transitioned into GEICO Honda when he turned pro, and he has been a pleasure to work with the entire time. He has grown a lot in the last year or so, and he has earned this next step in his career. We look forward to working with him during his final 250SX series, and then to watching him progress on 450s.”

Brandon Wilson, American Honda’s Manager of Advertising & Motorcycle Sports, explained that although switching riders midyear is unusual, it makes sense for the team considering the circumstances.

“It really started with Chase progressing so quickly,” Wilson said. “He’s someone that we already had our eye on for the future, and he rides a 450 really well, with a lot of speed and confidence. We thought starting him off outdoors would ease his transition, with no expectations other than to learn the team, bike and competition before rolling all that into his first full year on 450s in 2021. We also thought what a great fit it would be to have Justin come onboard just for Supercross. He’s a Honda guy, and he understands our team structure and knows many staff members from his years on a Honda, which should allow for a smooth transition. Lastly, he’s a veteran of the sport, with a wealth of knowledge, which should benefit our program on many levels. I’d also like to express gratitude to our amazing partners, Smartop/MotoConcepts/Bullfrog Spas Honda’s Mike Genova and Tony Alessi, and GEICO Honda’s Jeff Majkrzak and Rick Zielfelder, all of whom were incredibly supportive with both of these ideas. Everyone here at Honda thanks them for working with us. We’re looking forward to a solid year from all of our riders and teams.” 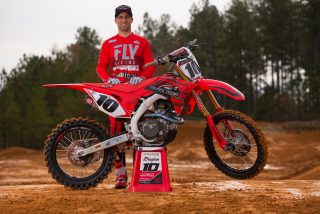 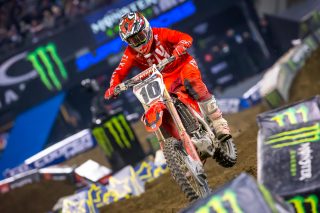 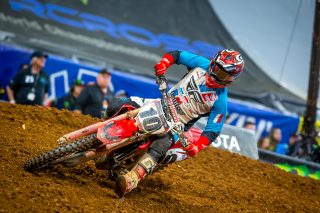 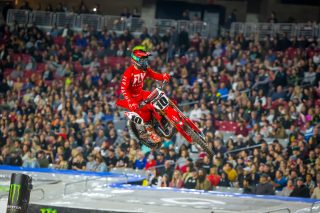 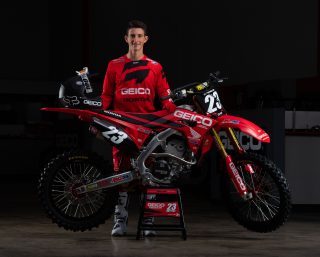 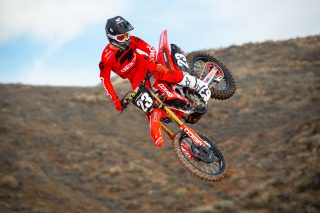 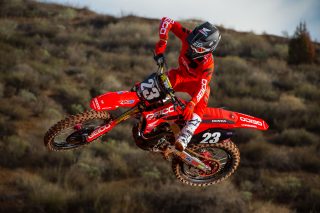 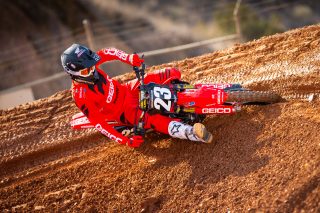