The 2017 AMA Pro Motocross season came to a close at the Ironman National in Crawfordsville, Indiana, where Team Honda HRC’s Cole Seely showed grit and determination as he fought through a severe cold to finished fourth overall with 4-4 finishes. During Christian Craig’s final outing aboard the factory CRF450R this summer, the fill-in rider from GEICO Honda overcame a clutch issue in the first moto to score 9-7 marks for eighth overall.

In moto one, Seely launched out of the gate to a solid start and swiftly moved into fifth before the completion of the opening lap. On lap two, Seely capitalized on another rider’s mistake to take over fourth place. Despite feeling sick and short of energy, he fought hard to maintain fourth until the checkered flag. Craig got a decent start but was shuffled back in the first turn, coming around just outside the top 10. He worked his way into ninth early in the race and looked as though he was going to continue charging forward until he began to experience trouble with his clutch a few laps in. He swapped between ninth and 10th throughout the rest of the 30-minute-plus-two-lap race before taking the checkered flag in ninth. When the gate dropped for moto two, Seely once again powered to an impressive second-place start. He slipped to third a few turns in and was able to maintain that position until the halfway point, when he was overtaken once more before the finish. Craig got off to a top-10 start and worked his way into seventh by the end of the moto.

THE FOCUS: Season In Review

For Team Honda HRC, the 2017 AMA Pro Motocross season was filled with highs and lows that resulted in Cole Seely wrapping up fifth in the championship, while Christian Craig finished 11th overall—tied in points with 10th—despite missing three rounds due to injury.

It was a solid season for Seely, as he benefited from the fitness improvements made through a new Florida-based training program. The Californian matched his career-best moto result of third and scored his first-ever overall podium. “I gained a lot of speed this year that I’ve never really had outdoors,” Seely said. “Last year I showed some but wasn’t able to build on it before I got hurt. I just feel like I was in better shape and way more consistent overall this year. Making the move to Florida really helped elevate my program to the next level and I’m happy I made the decision to do that. Of all the races, I’d say Washougal and today in Indiana were my best. Washougal was cool because I got on the podium in one of the motos, but today I really had to push through some adversity to get the results that I did.”

Craig’s season started with a promising showing at Glen Helen that could have led to an overall podium before he injured his hand and had to undergo surgery. Though he never regained the same momentum, he was able to score multiple holeshots aboard his CRF450R and even posted the fastest qualifying time at Unadilla. “It was a fun season, getting to experience all this with the whole crew,” Craig said. “I definitely learned a lot with the factory Honda team, and getting to ride a factory bike was awesome. Cole and I jelled well together too, both at the races and while riding and training in Florida. Overall I’m happy with how the summer went. I had that bump in the road with breaking my hand at Glen Helen but I had some good motos, got some holeshots, showed good speed, and even led laps. I’m looking forward to improving and working on my weaknesses for next year.”

Today went pretty decent. I qualified well and just went into the motos wanting to finish the season strong. I’ve had a couple weekends of mediocre results where I could’ve done so much better but just wasn’t making it happen. I really wanted to go in there and show I could be up front. In the first moto, I was dicing my way through people when I had problem with my clutch midway through and couldn’t use it for a while. It ended up coming back toward the end so I just pushed through to ninth. I got a worse start in the second moto but tried to just give it my all. It was the last one of the year so I wanted to end in a good position, and I’m happy with seventh. I don’t think 9-7 for eighth overall is where I want to be—I want to be top-five—but it is what it is and I gave it my all. I know what I need to work on in this off-season. 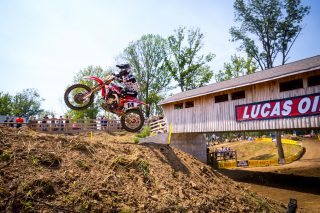 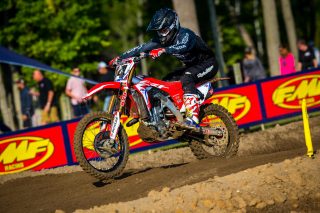 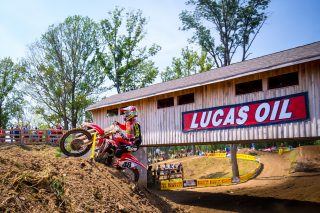 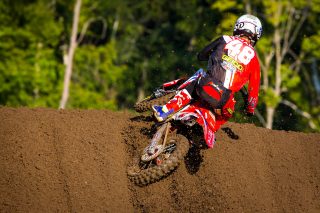 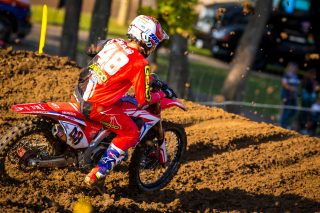 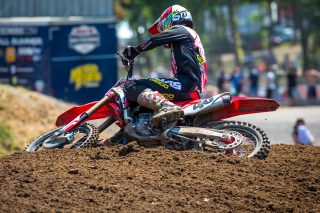 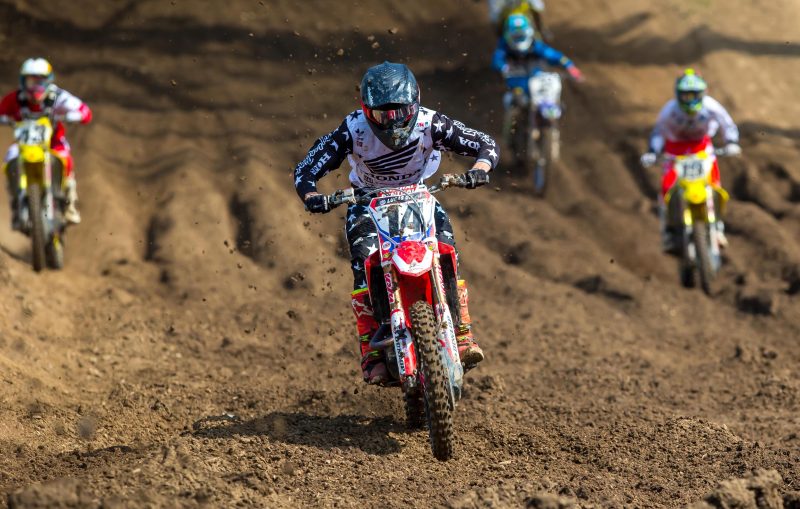