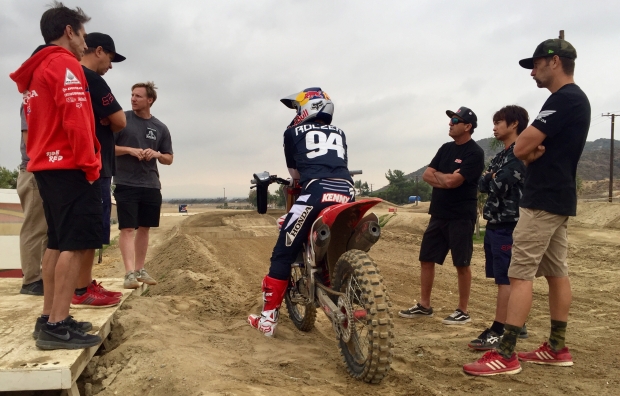 As Ken Roczen accelerates his rehabilitation process, his fans’ appetite for information has increased, and we at Team Honda HRC are doing what we can to keep people abreast of developments. Last month we posted our first in a series of interviews with the German, and we clicked on our recorder again on Wednesday at Glen Helen, where Roczen was riding his factory CRF450R. Here’s what he had to say:

You recently spent some time in Utah, doing some riding and even exploring a few of the National Parks. Can you tell us about your trip?

Yeah, I went to St. George, Utah, a few weeks back, and it was a total blast. I did get to do some riding on some fun trails and sand dunes around there, but we were mainly there to do some hiking and exploring in the side-by-sides. We hiked The Subway in Zion, which was about a 15-mile hike that took all day. We were swimming through water, climbing down rocks, and rappelling, so that was awesome. The next day, we took the scenic way up to Moab and stopped at Bryce Canyon. Once we got to Moab, that’s where I got to use our new Honda Pioneer 1000 LE, which was such a blast. We were like rock-crawling through stuff and there was one gnarly section that everyone went around, but I wanted to go up it. I had the craziest adrenaline rush because it was pretty intense, but we made it [laughs]. Since we were gone for 10 days I was able to squeeze in a few days of riding. Like I said, we did some trails and also went to Mesquite MX, which wasn’t too far and was just a good opportunity to get some time in. I had a stock 2017 CRF450R, but it was perfectly fine for what I was doing. Right now at this stage, even though I’m doing really well, I can’t afford to be gone that long and not touch a bike.

Last time we spoke, you were getting ready to start use a brace that would help increase flexibility in your wrist and elbow. How has that been going?

My wrist and elbow are doing pretty good. The braces aren’t necessarily the most fun thing to wear, but other than having my therapist with me always, I’m doing everything that I can to get more mobility. It’s a little bit harder for me to tell a huge difference because I’m working hard every day, but other people see when I’ve made a step forward. I’m at the point now where my elbow isn’t a problem at all, riding-wise. I still have stiffness in my wrist, but at the same time it’s healed, so that’s good. I just need to keep working on the range of motion. I’ve also started wearing a wrist brace while riding, which has helped me out big-time because it has given me a little more confidence while also allowing me to relax my wrist more, if that makes sense.

You’ve obviously been released to jump, so how are things progressing with riding?

I’ve been very satisfied with my riding the last three weeks and definitely feel like I’ve made the biggest steps forward during this timeframe. Before that, I was riding but just getting back into the swing of things, so you couldn’t really call it training; it was more just sitting on the bike. Lately it’s been full speed ahead. I’m still not 100%, but I’m making my way around pretty good and am finally able to get in some motos.

Gauging yourself, how close to your normal speed do you think you are right now?

Even when you’re healthy and haven’t had injuries but you take some time off, you’re not going to be 100% race-ready right when you jump back on a bike. It’s tough to say right now where I’m at because I’ve just recently been able to ride more frequently and comfortably, but I’m definitely happy with how I’m progressing. All I know is that I’m going to be 100% ready when I show up to Anaheim 1. That’s what I’m working toward, and that’s what I’ve put in my head.

You’re out here in California doing a couple days of testing with the team. What are you working on, and how is it going?

Tuesday was a very special day for me. It was my first day back with the team practicing and testing since before my crash, and it really felt like nothing ever happened. For eight months, I’ve been sitting on the sidelines, hanging out watching everyone work and ride—feeling a little useless honestly—but that all changed yesterday. I’ve been having a blast. [Wednesday] was the second day of testing and we just worked on some suspension settings to get me more comfortable. I’ve always had a great feeling for the bike, and not that I was afraid of losing that, but I knew I was going to have to familiarize myself again with what does what on the bike when making adjustments. It came back quick though, especially with the team’s help, and I think we made good progress.

What are your goals and plans for the next few weeks? Is there any chance your fans will see you race at Monster Energy Cup?

No, I’m not racing Monster Cup. Even though I want to race because I miss it, I feel like it would be the wrong choice. I like to go racing when I’m fully ready, and I don’t want to step out of my comfort zone. It’s too early to start thinking about racing, especially for this race. I’d rather put in the time I need riding because Anaheim is when it really matters. Over the next few weeks, I’m going to keep doing what I’m doing and getting in as much outdoor riding as possible to continue to build my strength and finesse on the bike before switching to supercross mid-October. 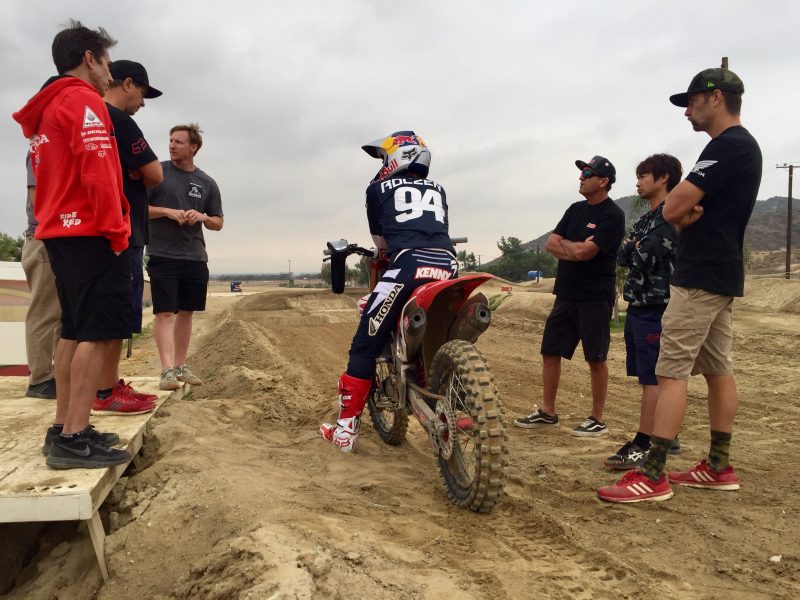