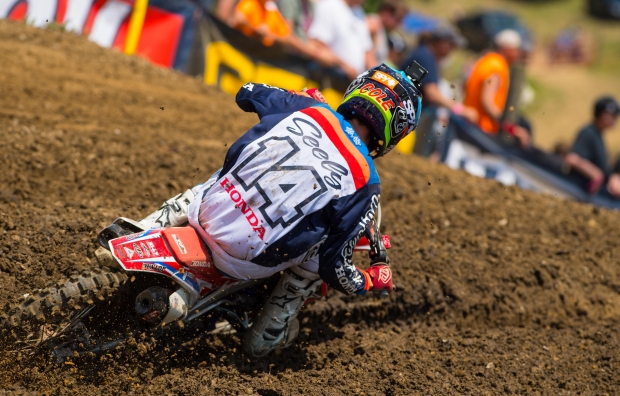 With Trey Canard sidelined due to an injury sustained in a practice crash last week, Cole Seely was the sole Team Honda HRC rider for round four of the AMA Pro Motocross series at High Point Raceway in Mount Morris, Pennsylvania. The Californian put together two respectable rides, finishing eighth overall with 9-6 marks.

In the day’s first moto, Seely launched his CRF450R to a fifth-place start before taking advantage of two other riders’ mistakes in the opening laps to advance to third. He maintained that position until the halfway point, when he lost a spot. With four laps remaining, Seely fell while in third, relinquishing several positions before ultimately taking the checkered flag in ninth. Following a less-than-desirable start in moto 2, Seely put his head down and quickly worked his way into the top ten on the opening lap. He continued to move forward throughout the 30-minute-plus-two-lap race, crossing the finish line in sixth.

THE FOCUS: Beating the Heat

As the AMA Pro Motocross series moved to the Eastern U.S. for the first time this season, conditions began to warm up, and although highs were only in the mid-80s, with humidity above 40 percent, it was a precursor of what to expect through much of the summer. Riders have different techniques for beating the heat, but Cole Seely believes that the main key is hydration. “I don’t really think there’s a ton you can do,” he said. “I’ve tried ice baths and all kinds of things, but it’s all about keeping hydrated, really. You have to make sure you’re drinking plenty of liquids leading up to the race, and then trying to force as much water down as possible on race day. It’s really important to replenish yourself between practices and motos, whether with water or a supplemental sports drink that has electrolytes in it. That’s all I’ve found that really works. Today wasn’t too bad though, compared to other places we race at. If it does get really hot, the only other thing I’ll really do is wear a cooling vest on the line, which helps keep your body temperature down before the race. A lot of riders have those.”

Seely admits that being from a region of the country where conditions are relatively mild probably doesn’t help. “At the same time though, I wouldn’t say it’s a huge advantage,” he added. “I grew up in California, so if I went out and stayed in Florida or anywhere like that, I just couldn’t do it. I feel like it eats away at me all week and I’m even more tired on the weekend because of it. I’d rather just come out here, deal with it for one day and then fly home.” 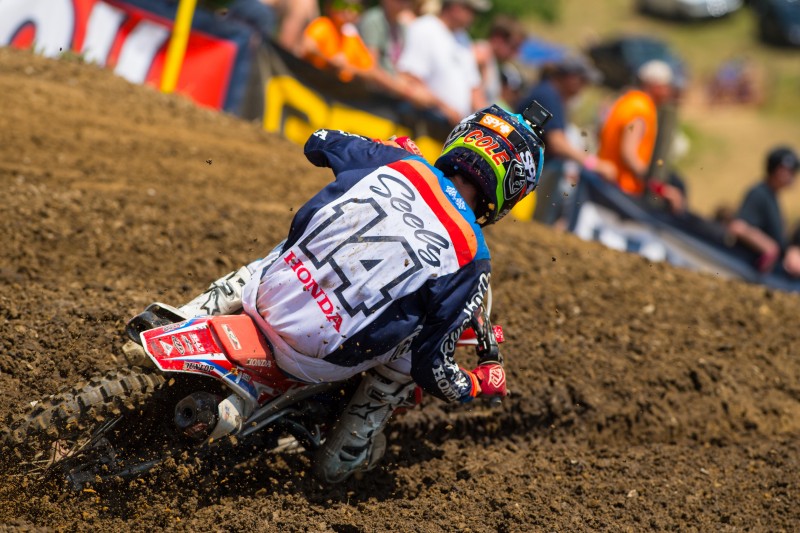