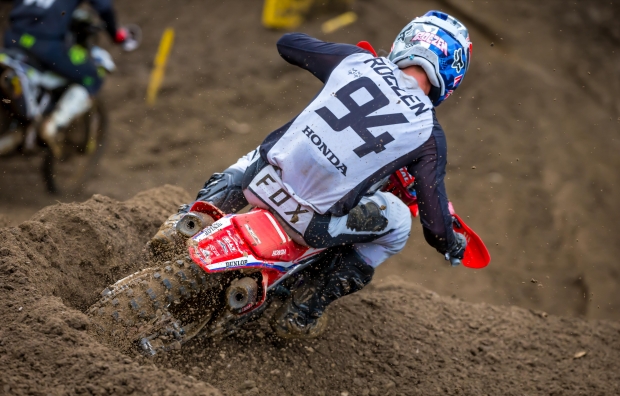 It was a wet and wild day in Minnesota for round eight of the AMA Pro Motocross Championship at Millville, Minnesota’s Spring Creek MX Park, as lightning and heavy rain throughout the day caused delays and challenging track conditions. Team Honda HRC’s Ken Roczen struggled to find his rhythm on the slick track in the opening 450 class moto, but he found redemption in the second outing, leading for the majority of the 30-minute-plus-two-lap-race before he took the checkered flag in second. His 14-2 scores slated him fifth overall on the day.

Moto one saw Roczen get a good jump off the line, but as the 40 racers careened into the first turn, he was covered in mud and shuffled back to 17thplace. While working his way forward, another rider went down in front of him, leaving Roczen nowhere to go and taking him down too. The German once again began working his way through the field, advancing to 12thon lap four. With seven minutes remaining, Roczen came under fire, relinquishing two spots before crossing the line in 14th. When the gate dropped on moto two, Roczen rocketed his CRF450R down the straight to a second-place start. He quickly began stalking the leader, and the two swapped positions several times before Roczen was able to capitalize on a mistake by his rival, allowing him to gain control of the front spot. Roczen rode strong up front for much of the 30-minute-plus-two-laps race, but he was unable to maintain his pace in the closing laps, ultimately relinquishing the lead and finishing second.

“It was a crazy day. The weather wasn’t on our side, at least for the first half of the day. We only had about 10 minutes of practice and then it was a waiting game for the motos. My first moto was terrible, so not much to say other than that. I didn’t have a good drive down the start straight and fell way back outside the top 15. Then right after the finish line, another rider went down in front of me and I was unable to avoid him so I went down too. I tried a new setting but just couldn’t get comfortable at all, so for the second race we switched back to my base setup, which is what I’m most familiar with. I hooked up great off the start and came around the first turn in second. Cooper [Webb] and I swapped back and forth a few times before I made the pass. I stayed in the lead for most the race but unfortunately got pretty tired those last few laps and he was able to get back by me. I tried to make a final charge on the last lap and we were right together across the finish, but I ended up second. It was good redemption from the first race, so I’m happy with how it ended.”

“Today was a rollercoaster but Ken turned it around for the second race and finished on a positive note. The conditions were terrible in that first moto; it was really muddy and he just struggled to get comfortable, especially after going down with that other rider after the first lap. I know Ken also had some issues with his goggles, getting mud behind his tear-offs, and it always sucks when your vision is impaired like that. We made some changes for that second moto and I think he redeemed the day. He was riding much more aggressively; it was definitely a big improvement.” 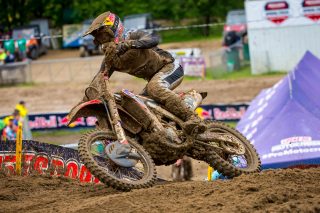 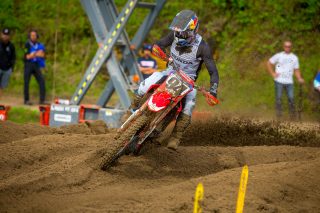 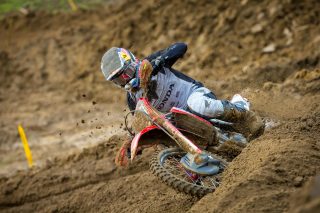 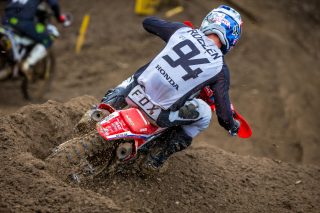 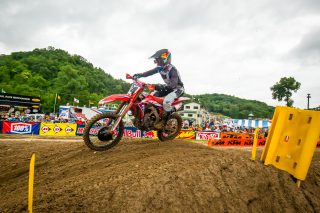 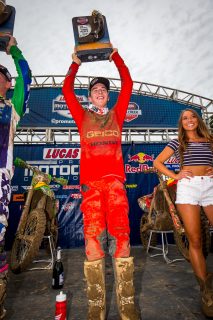 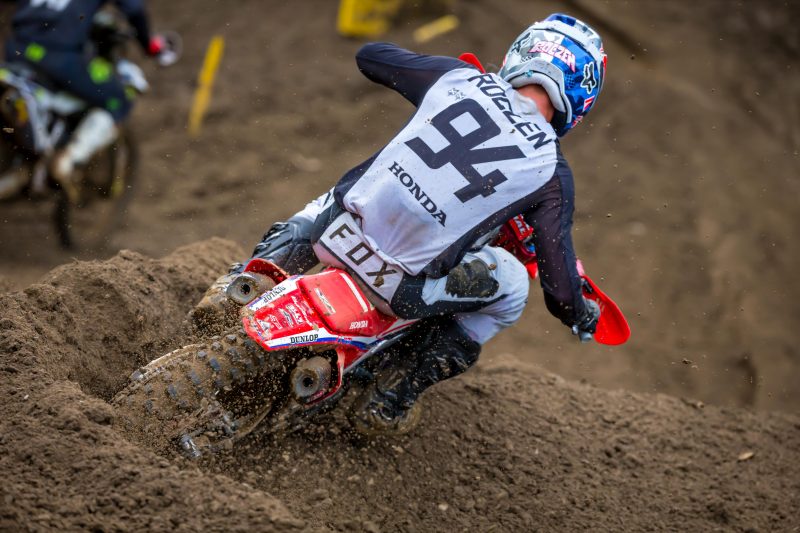